The pair discuss Manly’s coaching situation, the infamous night in Gladstone earlier in the year and Cherry-Evans' drama-plagued history at the club.

The Manly halfback reflected on a tumultuous season at the Sea Eagles, while addressing suggestions his hiatus from representative football was because certain players didn't want him in the team.

"I've never been told to my face that something like that existed," he said.

"I've always maintained that everything I've done is the person I've always been. I've never tried to be someone to rock the boat or isn't out there trying to win a game of footy … maybe along the way I have upset people but it certainly hasn't been intentional."

Using the NRL App? Click here to listen to the podcast.

The pair delve into the club's current predicament surrounding coach Trent Barrett and what they want for the club in the future.

Cherry-Evans also admitted it has been disappointing the manner in which the club has dealt with the issues surrounding the coaching position.

"I'm not let down that I don't know what's going on - that's fine because at the end of the day I'm paid to play," he said.

"But we're not the first club to go through a coaching situation or a coaching change. What's probably the most disappointing for me is that we seem to be one of the only clubs that have these things take longer to deal with.

"The Panthers situation wasn't ideal for their club but they had it dealt with within weeks and we're talking months at the moment what we're going through. I feel as a club we can maybe do things a little more efficiently." 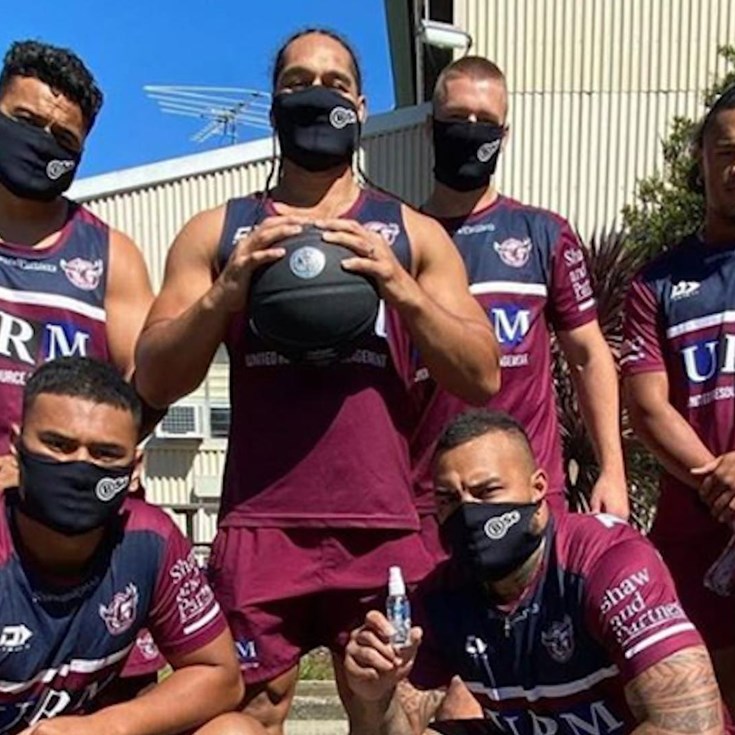 Fight clubs: Manly bracing for another Storm to hit Brookvale