Newly picked Jillaroos debutant Tazmin Gray will cap off a dream return to the women's game with an international debut for Australia at Mt Smart Stadium on October 13.

Gray, the sister of Kiwis winger Jordan Rapana, is one of six debutantes named in Brad Donald's new-look side for the Trans-Tasman Test match.

Rapana will line up for the Kiwis following Gray's debut on Saturday.

It was on social media she learnt of her selection in the Jillaroos squad for the family affair.

"My parents called me and said you could've told me," Gray told NRL.com.

"I said 'Told you what?' and they were like, 'You made the Australian team' and I asked them what they were on about. They said to go look on Facebook. I thought, 'Oh wow'. No one rang me before the announcement and then Brad called me after to congratulate me.

"I didn't think these goals were reachable next year let alone this year so for me it's been a dream come true."

Gray said she had spoken to Rapana about representing Australia over New Zealand.

The 23-year-old was born in Tweed Heads with her family moving to the Gold Coast from New Zealand.

"He was supportive either way I went," Gray said.

"He said I needed to decide based on what I wanted to do and left me at that. He didn't force me to play for either.

"He's a massive part in what I do. I'm really excited to be able to play before him and a special moment for the family."

Gray has enjoyed a stellar season in the women's ranks after returning to the game following the birth of her second child Kyan.

She was named in the Jillaroos merit team after a strong performance for Queensland in June, before the Gold Coast local travelled south to join the Sydney Roosters for the inaugural NRLW season.

"I've learnt to appreciate the game at a whole different level," Gray said.

"It could've been easier for me to stay and be a part of the Broncos. It would've been comfortable but for me it was about developing myself outside of my zone.

"It was hard being away from my family, I'm not used to doing that. All 10 of us live on the Gold Coast and then Jordan moved to Canberra.

"It did help me as a person to grow up and be comfortable with the uncomfortable. In the end it was an easy sell when they said it was about your family first."

"They're powerful players and have got a lot of experience under their belt," Gray said.

"To come face-to-face with them in the NRLW season was good to get a shot at those girls and prove to myself that maybe I was able to match it with them.

"It's an exciting part of the game, to have the Kiwi Ferns girls a part of a competition now. We were so separate with them being in New Zealand.

"It's already developed the game with this Test match coming up." 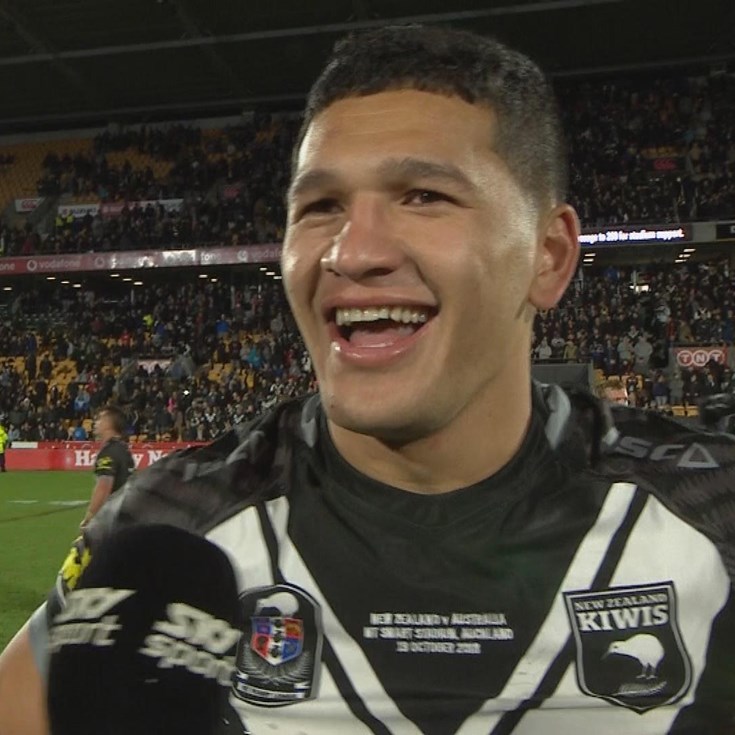 DWZ: ‘This is only the start’

Bremner ruled out for Jillaroos as injury curse continues