The official team lists for all three of Saturday's games from Mt Smart Stadium.

Kiwis: 1-17. New Zealand have retained eight of the 17 players from their last match, a 36-18 loss to England in Denver mid-year. They are bolstered by the returns of Shaun Johnson, Adam Blair, Jesse Bromwich, Kevin Proctor, Jordan Rapana and Isaac Liu and have handed debuts to hooker Brandon Smith and centre Joseph Manu. Playing fullback in the absence of injured Warriors skipper Roger Tuivasa-Sheck, 23-year-old Panther Dallin Watene-Zelezniak has been installed as the new captain.

Kangaroos: Also 1-17. Regular fullback Tom Trbojevic has been named in the centres. Boyd Cordner will captain the team and share second-row duties with Felise Kaufusi. Despite missing most of the NRL season, Jordan McLean will start in the front row. James Tedesco, Latrell Mitchell and Luke Keary join Cordner as the representatives from the NRL champion Sydney Roosters. Damien Cook will start at hooker, with Ben Hunt to serve as a utility player coming off the interchange bench. 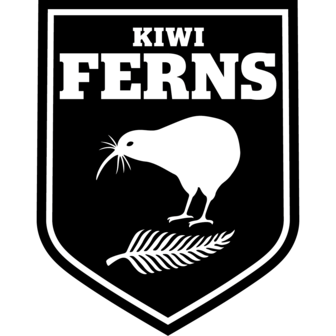 Kiwi Ferns: Kiwi Ferns debutant Onjeurlina Leiataua will start in the back row with Maitua Feterika named in the centres. Honey Hireme will partner Feterika in a new-look backline. Ngatokotoru Arakua has been promoted to start up front after a strong NRLW campaign for the Broncos. Hireme and experienced leader Laura Mariu will co-captain the side.

Jillaroos: Hannah Southwell replaces Jess Sergis (knee) in the centres while Tazmin Gray starts with debutant Holli Wheeler to come off the bench in a late change. Chelsea Baker replaces Sam Bremner at fullback with Karina Brown shifting to the wing. Keeley Davis will play a utility role off the bench in her international debut, while Ali Brigginshaw will captain the new-look side alongside Queensland halves partner Zahara Temara.

Junior Kiwis: Warriors back-rower Isaiah Papali'i has the most NRL experience among the 19-man squad, having played 25 matches for the Warriors. Winger Mawene Hiroti (Rabbitohs) and back-rower Joseph Vuna (Warriors) have also played at the top level. Centre Morgan Harper played an important role for the Canterbury side that won both the Intrust Super Championship and subsequent interstate challenge.

Junior Kangaroos: In a team packed with NRL experience, Dragons centre Zac Lomax, Cowboys half Jake Clifford and Broncos utility Kotoni Staggs are among the best known players. Lomax and fullback Corey Allan are backing up after having represented the Prime Minister's XIII in their win over PNG in Port Moresby last Saturday.

Niu embracing his new start with the Dolphins