Here is all you need to know about the Penrith Panthers' 2019 Telstra Premiership draw.

Kick-off: After being eliminated in the second round of the playoffs, Penrith’s campaign to go further in 2019 will begin with three out of their first four matches on home turf, including a round-three sojourn to their west against the Storm in Bathurst. They also play three teams in the opening month who didn’t make last year’s playoffs so they have a golden opportunity to reverse their recent trend of slow starts to the season.

Wests Tigers (Round 4, Panthers Stadium): Mark this clash down on the calendar as one to watch, particularly given the news Ivan Cleary could turn his back on the Tigers and link with Penrith either in 2019 or beyond. There was already plenty of ill-feeling between the two clubs given their Western Sydney rivalry, and the tug-of-war battle surrounding the Cleary family has only added to it in recent months.

Sharks (Round 6, Shark Park): No love lost between these two sides with each club featuring former players from the other. Cronulla handed Penrith three defeats in 2018, including the season-ending one-point loss in week two of the finals. Another round of Matt Moylan v James Maloney awaits, with Maloney yet to put his foot down against his former club.

Raiders (Round 8, McDonalds Stadium, Wagga Wagga): Comeback anyone? Regardless of the form line of these two sides, this match-up is sure to deliver. If you're a Panthers fan, the last three years have been kind with five thrilling victories out of six matches, including another big comeback win in 2018 at Panthers Stadium.

Eels (Round 1, Panthers Stadium): The local derby always manages to draw a decent crowd and the fixture should again be put in the must-attend calendar. These two sides loathe each other with bragging rights up for grabs in the battle of the West.

Titans (Round 5, Cbus Super Stadium): One of Penrith's prodigal sons Tyrone Peachey lines up against his old club in what will be an emotional outing. Panthers GM Phil Gould was reduced to tears at the club's presentation evening when farewelling the Australian Test utility, and you'd imagine the emotions will be running high again the minute he returns to the foot of the mountains.

Toughest stretch: Rounds 5-9. Penrith, for the most part, have their tougher games and travel fairly well spread out through the season. There is a tricky spell from round five to nine in which they are at home just once, with two trips to Queensland and one to Wagga. The only home game in that spell is against a Rabbitohs side that finished third on the ladder last season while there is also a very tough trip to Shark Park in round six.

And another thing: The Penrith boys will get to spend plenty of time with each other on the Panther bus in 2019, especially early on, with road trips to Newcastle (round two), Bathurst (round three) and Wagga (round eight) plus five plane trips through the season to Brisbane (twice), Gold Coast, Auckland and Townsville. 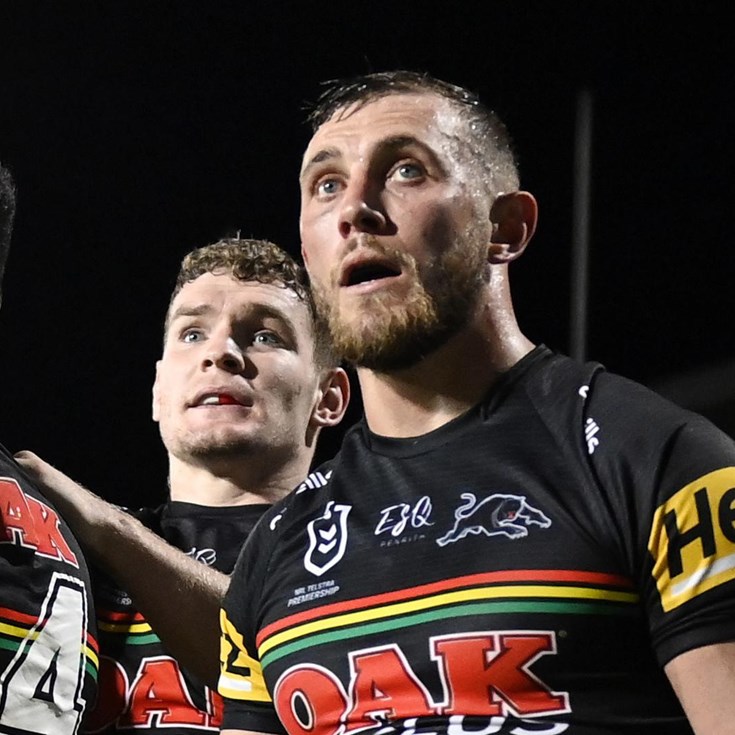