Here is all you need to know about the Wests Tigers 2019 Telstra Premiership draw.

Kick-off: The Wests Tigers are the only team which will play their first three matches at home in 2019 - Leichhardt Oval clashes with Manly and Canterbury either side of a round-two tussle with the Warriors at Campbelltown. They remain in Sydney as well for round four when they head to Penrith.

Panthers (Round 4, Panthers Stadium): Expect a whole lotta feeling in the battle of the big cats when the Wests Tigers and Panthers first come head to head next season, and not because of their on-field battles in 2018. In case you missed it, 2018 saw plenty of conjecture, ill-feelingand innuendo around the potential movement of a couple of men named Cleary between the two clubs.At the time of writing, the chances of Nathan and Ivan both being at the Panthers in 2019 remain alive.

Storm (Round 10, AAMI Park): The Tigers pride themselves on being a club that always lifts for the big opponents and their record last season bears that out; it was their poor record against lower-ranked teams that kept them out of the finals. The reigning premiers and eventual grand finalists Melbourne presented arguably the biggest scalps for the Tigers in 2018, producing a pair of impressively resilient defensive efforts to down the Storm 10-8 down in Melbourne in round two before repeating the dose with an 11-10 win in an Auckland home game in round five.

Eels (Round 6, Western Sydney Stadium): There's nothing like a western Sydney derby and the Easter Monday clashes between the Tigers and Eels are always one to watch. The Eels were one of the above-mentioned lower-ranked sides who dented the Tigers' finals chances last season; the Tigers pulled away with a 30-20 win on Easter Monday after some early jitters but were left to rue one that got away with a 24-22 loss in round eight. It was one of just two games the Eels won in the first 13 attempts.

Roosters (Round 8, SCG): Like the Storm, the Roosters ended up as a big scalp on the Tigers' belt. Unlike the Storm, they squared the ledger in the return bout. By Ivan Cleary's own admission, his team probably got the Roosters at a good time in round one before they had hit their straps a sprung the first of plenty of 2018 upsets with a gritty 10-8 win. The Roosters' 16-14 win in round 13 was no less dramatic; they got up 14-2 before the Tigers comeback started. Victor Radley produced one of the greatest try-line try-savers you'll ever see on Ben Matulino and Daniel Tupou effected a sideline try-saver on Corey Thompson that was almost as good. A final-minute strip handed the Tigers an attacking set that only finished roughly four passes and half a minute after the final siren when Blake Ferguson blasted Mahe Fonua into touch. Rematchplease.

Broncos (Round 5, Suncorp Stadium): They only met once in 2018 and it was all the way back in round three but this is still a game the Tigers will carry with them mentally for a long time. With wins over the Roosters and Storm under their belts the Tigers were looking to go three-from-three when they took Brisbane to golden point at 7-all. They arguably should've won it earlier. A controversial penalty – later deemed to be incorrect by refs boss Tony Archer – handed rookie Jamayne Isaako two points and left the Tigers fuming. Had the penalty not been awarded there's no guarantee the Broncos wouldn't have gone on to win anyway but it denied the Tigers a chance and they'll be desperate for revenge at the next time of asking.

Toughest stretch: Rounds 7-11. By the time the Wests Tigers hit their round 12 bye they should have a pretty good idea of their potential finals credentials. And the bye will probably be welcome after a five-week stretch that includes trips to Tamworth, Brisbane and Melbourne as well as four straight games against 2018 top-eight sides – including both grand final teams.

And another thing: The Tigers are locked in for four home games at Western Sydney Stadium, replacing the four home games they played at ANZ Stadium last season. Campbelltown Stadium and Leichhardt Oval (three each) and Scully Park at Tamworth (one game) have the same allotment as last season. The remaining home game will be played at Suncorp for Magic Round in 2019 rather than in Auckland. 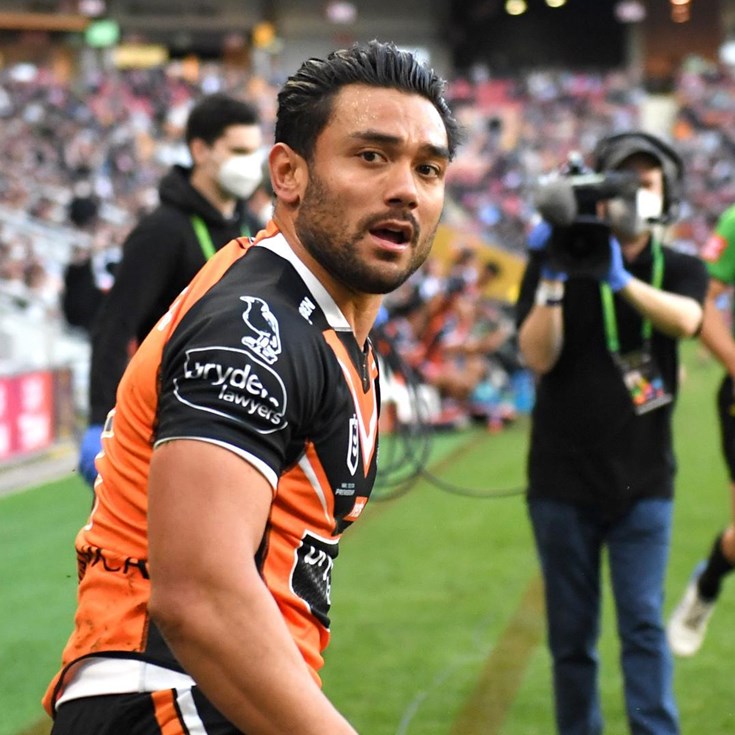