The Newcastle Knights finally got their man.

After missing out on Test prop Matt Scott 12 months earlier, David Klemmer has signed with the Hunter Valley club for the next five years.

In doing so the 24-year-old becomes just the second incumbent Australian player to sign with the club – after Darius Boyd – in their 30-year history.

Unlike 33-year-old Scott, another Test forward, Klemmer has age on his side.

He's in good working order with just 113 NRL games across his six seasons with the Bulldogs. Add to that his 17 games with the Kangaroos and 12 with the NSW Blues and Klemmer is arguably still to reach his peak.

And at 198cm and 116kg, he's the sort of player you can build a top-eight forward pack around.

Knights coach Nathan Brown had been calling for a bigger size body up front for some time. He had Chris Heighington and Jacob Lillyman this year, but again both were in their 30s and in the final stages of their careers.

Klemmer still has a decade of NRL football in front of him.

Pearce: We've been crying out for an enforcer

What prompted the Toongabbie junior to move to Newcastle, he will explain in due course.

But seeing his good mate Aaron Woods leave the Bulldogs and flourish at the Sharks might have played a part.

Klemmer was considered blue-and-white through and through, but he's watched others of that same ilk – Josh Reynolds, James Graham and Moses Mbye – move on to freshen up their football as well as elongate their careers.

Someone of Klemmer's status would have been courted by any of the other 15 clubs, if the timing and salary cap positions had been different.

The Knights present a tempting product. McDonald Jones Stadium attracts 20,000-plus crowds for every home game even when they finished with the wooden spoon in 2015, '16 and '17.

They rose five spots to 11th in 2018 and on the strength of their pre-2019 season purchasing they were looking like rising another five into the top-eight. Then along came Klemmer.

The Bulldogs finished 12th this year but Klemmer (75 metres) was second, behind Cowboys Jason Tamalolo (75.8m), for the average post-contact metres per game across the NRL.

Klemmer and Sharks prop Andrew Fifita were the only forwards in the top-five in the NRL for runs – the other three were speedy backliners like Blake Ferguson, James Tedesco and Will Hopoate.

According to NRL.com stats, from the Bulldogs regular starting 17, Klemmer made the least errors (seven) from his 22 games in 2018.

So his discipline and destructive running will have Knights fans lining up at the turnstiles to see him in the famous blue-and-red jersey.

His new Knights teammates will be lining up to shake his hand. He will be familiar with Mitchell Pearce from the NSW Blues and he will get to stop butting heads with Aidan Guerra and Storm's Tim Glasby – except of course for the three Holden State of Origin games in 2019.

He will relish joining the ranks of a forward pack with Lachlan Fitzgibbon, Herman Ese'ese and the Saifiti brothers Daniel and Jacob in it.

And before anyone feels sorry for the Bulldogs in losing a player of Klemmer's class, the Belmore club welcomed Roosters premiership winner, and Queensland Maroons hitman, Dylan Napa, on the same day they lost their much-admired prop. 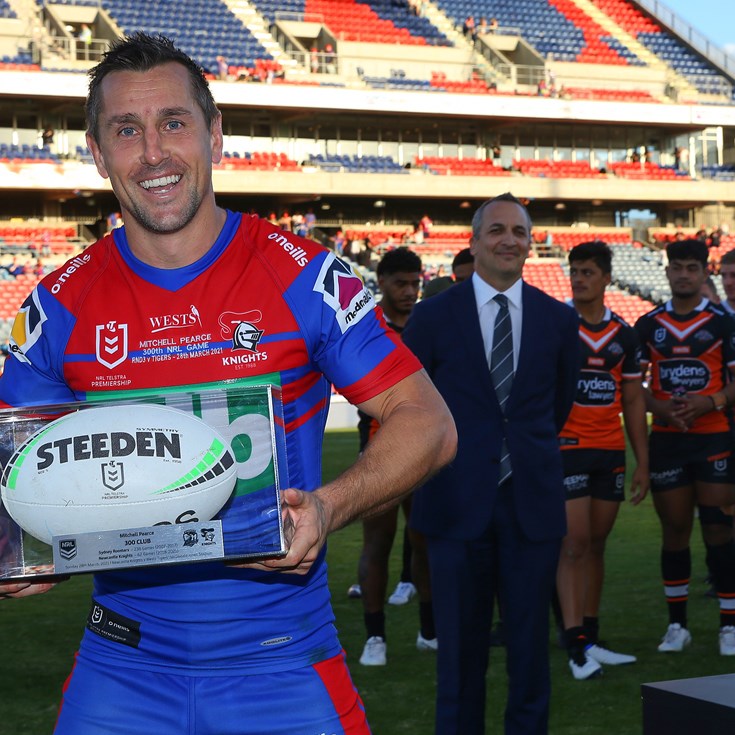