Newcastle coach Nathan Brown expects his side to make another quantum leap on the NRL ladder this year but star halfback Mitchell Pearce says the Knights are still a distance from being a benchmark side.

Optimism is in the air in the Hunter Valley with six Origin-standard players now in the Knights outfit following the arrival of 2019 signings Tim Glasby (Storm) and David Klemmer (Bulldogs).

They join Jamie Buhrer, Aidan Guerra, Mitchell Pearce and Kalyn Ponga as either incumbents or players to have worn Blues or Maroons jerseys in the past.

There is hope that the five position jump the Knights made from the 2017 Telstra Premiership season (16th) to 2018 (11th), can be replicated in 2019. That would put Brown's side comfortably in the top-eight.

"Last year we made significant improvement on where we were before and this year our expectation from the inside is that we can make those kinds of improvements again," Brown said on Tuesday.

But Pearce shakes his head slightly.

Newcastle Knights: 2018 by the numbers

"We're still a fair way off. We haven't proven anything at the moment," he said.

Pearce and Shaun Kenny-Dowall won a premiership with the Sydney Roosters in 2013. Tim Glasby won one with the Storm in 2017.

But that doesn't convince the Knights halfback that his team has enough to crack the top-four just yet.

"We filled 11th place last year so we don't have the right to be talking that level yet as far as delivery goes," Pearce said.

"That's not saying we doubt ourselves. We know what we want to achieve but we also know how hard it will be to get there.

"So I don't think we have the right to be compared to those sides yet because we haven't proven anything. There's definitely self-belief within this group that we want to get there.

"But at the moment your Melbournes and your Roosters are the favourites for the comp."

Pearce strikes up a new halves combination in his second season with the Knights in 2019, when regular No.1 Kalyn Ponga moves into No.6.

Pearce's former Roosters teammate, utility back Connor Watson, will get a chance at fullback.

The new-look spine also has a change in hooker with either Danny Levi or new signing Kurt Mann (Dragons) being the first choice No.9.

"We have high expectations and goals but we're working on getting our game right," Pearce said.

"I think results will then take care of themselves and we might exceed what we think we'll be this year.

"I don't think there's any limits for us because we're a new group. Melbourne and the Roosters have been solid for a few years. We've got to earn our position."

"It's much better to have expectation than not have it," he said.

"With signing good players like Dave Klemmer and Timmy Glasby comes pressure. We feel James Gavet [Warriors] is also a very good signing and with other players we've brought in we've got size and pace in the backs [Jesse Ramien, Edrick Lee from the Sharks].

"So that adds pressure to all of us but when you're head coach, in particular, your name gets bandied around ... I understand that but we're all very comfortable as a group that our squad is a lot stronger than last year."

Pearce also knows the spotlight will be on him. He has already been mentioned in social media on having a good time at pubs and clubs in the off-season.

"Life is good, I'm healthy," he said in response to rumours his drinking was again becoming too familiar a friend.

"For me, it's a big year and as a leader, I've got to be on my best behaviour and I'll be doing that." 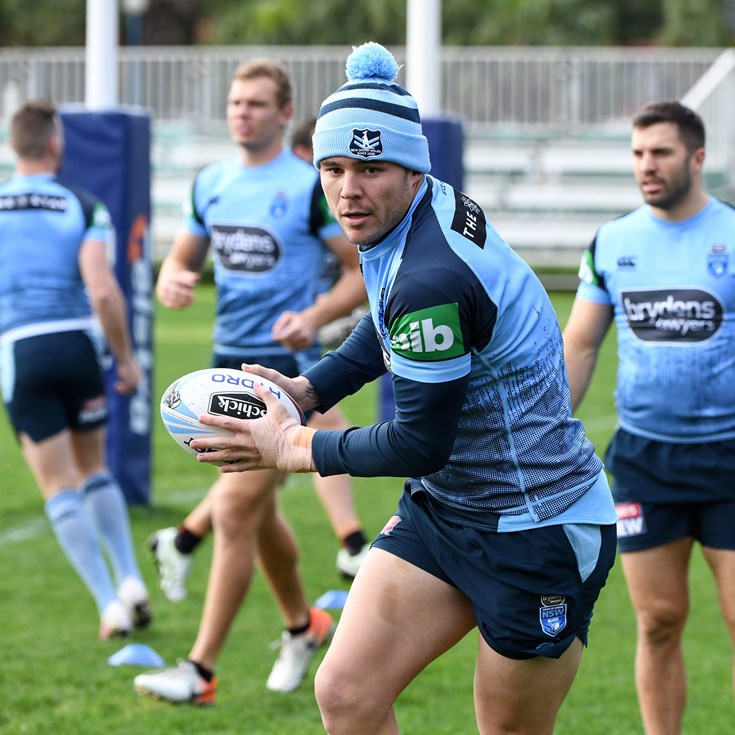 In Klemmer the Knights have the enforcer they've long desired