The chance to be the first NRL player to hit the 400-game mark is enticing for Storm great Cameron Smith, but it wasn't the primary reason why he extended his career until the end of 2020.

A day after the Storm announced a two-year deal with the all-time great, Smith on Thursday said the impending milestone didn't dictate his decision.

"It was certainly in the back of my mind. [But] It has never been a motivating factor to continue playing in order to reach milestones," Smith said.

"It is a special number, 400. No-one has ever reached that … If I was at a stage at the end of last season where I was struggling to play each week and my performance wasn't up to scratch I would have taken that out of the equation and decided to finish."

Smith, who also boasts 56 Test and 42 State of Origin appearances alongside the 384 matches he has played for Melbourne, said his long wait to sign the deal was due to an extended summer holiday and not a stalemate in negotiations between player and club.

"It was really more about the time we had in hand," he said.

"I was in absolutely no rush at all. I had three months off. Craig [Bellamy] gave me a 12-week off-season this year. I knew that I had plenty of time before a decision had to be made.

"From my end, there was absolutely no pushing the club into a decision. It was just a question [seeking a two-year deal] asked of them – it was posed to them – and waiting for them to come back and give me an answer."

Being happy with own level of play, advice from former players to "keep playing as long as you can" and still harbouring a strong desire to compete in the NRL were major factors behind Smith's decision to seek a two-year deal.

He admitted the Storm may have initially been taken aback by his multi-year request.

"My thought process was just asking the question. If it was a dead-set no from the club, then that was the answer and I would have been happy to go ahead with the 12 months and reassess during this season," Smith said.

"I just threw the question out there, knowing that I had an extended break and a lot of time off the club had plenty of time to think about it.

"They came back to me and said we feel it is a great idea."

As the Storm ramp up preparations for a 2019 Telstra Premiership season that starts with a round one clash with Brisbane at AAMI Park on March 14, Smith expressed gratitude for everything the game had given both he and his family.

"The game of rugby league has given myself and our family a lot of joy and a lot of great memories," he said.

"It has really given us everything in our life." 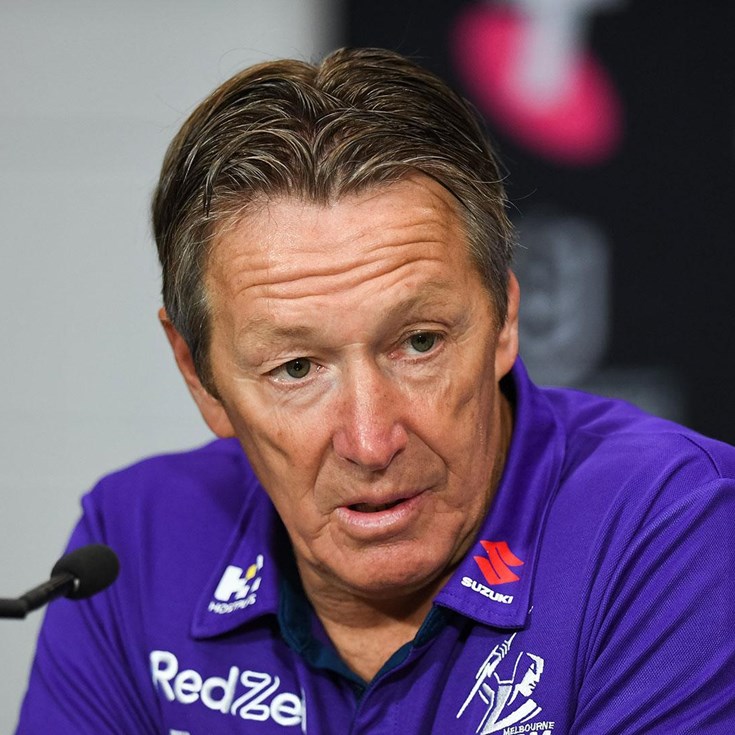