Viliame Kikau has waited four years to play under the coach who once helped lure him from Townsville to the Panthers in 2015.

In his first stint as Penrith coach Ivan Cleary met with Kikau to discuss a possible move to Penrith and along with general manager Phil Gould, convinced the then 19-year-old that Sydney's west was where his future would lie.

But by the time Kikau arrived, Cleary had been given his marching orders by Gould in a move that caught many off guard – including the up-and-coming talent.

With Cleary now back at the Panthers, the trio are now set to work together for the first time since the handshake agreement was made four years ago.

"It was a nice moment seeing Ivan at pre-season because he was a main reason I'd moved to Penrith originally," Kikau told NRL.com.

"The environment is a bit different from what we had last year. It's a bit more relaxed. He hasn't changed much, just some of the tactics in attack and defence. A change in set calls and that sort of thing.

"He told me how good of a year I'd had and the only thing he wanted me to do was get better."

The best of Kikau's breakout 2018 season

Kikau finished 2018 in the RLPA team of the year and established himself as one of the more damaging back-rowers in the game with 105 tackle breaks and 1356.9 post contact metres.

Despite admitting he had just walked away from a stint in the infamous "fat club" over the off-season, he's back to his playing weight already following the Christmas break and has overcome an elbow injury that should have kept him sidelined during last year's Telstra Premiership finals series.

"If I'm fit I wouldn't question that I can do what I did last year," Kikau said.

"But it's a big challenge to back it up with my performances from last year. My defence was a weakness, I'm working on that.

"The preparation before Christmas was patchy with guys still on break or having surgeries but this week it's been good to see a bit more of a flow in our plays." 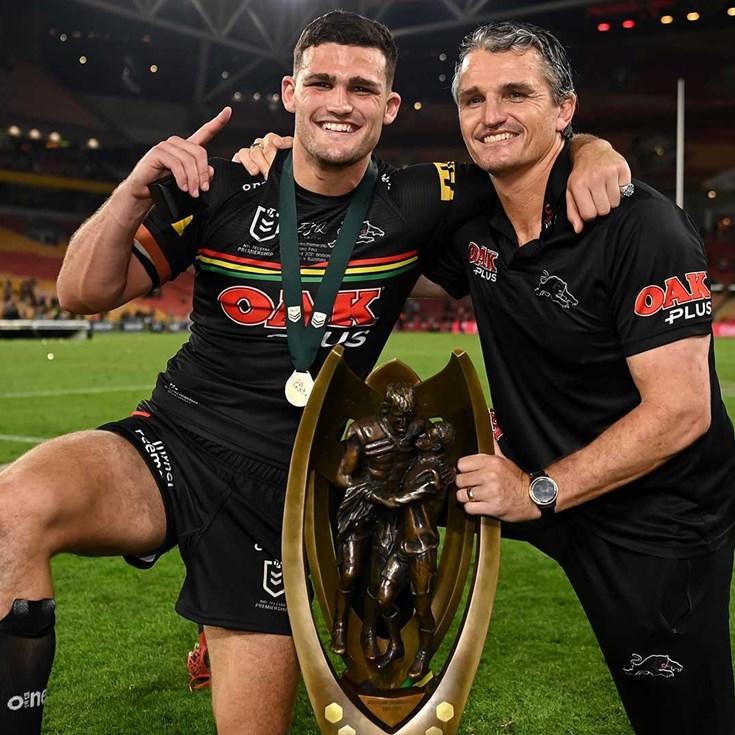 Courage to the fore in the eyes of Ivan

Yeo takes to the stage to lift the Provan-Summons trophy