Losing the likes of Lavina O'Mealey, Caitlin Moran and Nakia Davis-Welsh would have caused chaos for the Indigenous Women's All Stars side in recent years.

Now, thanks to the sport's indigenous pathways such as the Koori Knockout and Murri Carnival, the depth of talent is at an all-time high.

Thirteen new faces will be part of the Indigenous women's team that take on the New Zealand Maori Ferns side in the Harvey Norman All Stars clash at AAMI Park on February 15, with five of those girls playing under 18s last year.

O'Mealey, Moran and Davis-Welsh are the big names missing from the Indigenous side, with Jasmine Allende, Rebecca Riley and Simone Smith also been ruled out of the first nations clash due to injury.

Indigenous coach Dean Widders told NRL.com the increased depth of women's rugby league will be there for all to see in next month's clash.

"What it does show is the depth we have and what we did last year with the [First Nations] Gems is paying off because we are still able to produce real elite players that are destined for a big career in rugby league," Widders said.

"It's also a credit to our systems, which is the Koori Knockout and the Murri carnival and how that has grown and developed over the years.

"All the work that has been put into those two events and the football that has been showcased has put us up there as an Indigenous pathway leading to the top levels of the game.

"It's a really young side but we've also got some old heads and very experienced role models in Tallisha Harden, Jenni-Sue Hoepper, Rebecca Young and Samartha Leisha, who will lead these girls through the week off and on the field."

It's no secret that the Indigenous side will be in for a physical 60 minutes of football with the likes of Tazmin Gray and Kahurangi Peters leading the Maori Ferns forward pack.

Widders said his side would need to come with the same hunger and aggression if they wish to match it with the Maoris.

"We wanted to pick a quick side and a side that is young and enthusiastic and hungry leading into the next World Cup," Widders said.

"We already know that the Maoris are very passionate and very physical.

"They'll come out and play with a lot of hunger so we need to match that and handle the toughness of what they'll bring to the game - I think it's really going to help us go to another level as well."

"I'm absolutely ecstatic over the side that [coach] Rusty Matua and the selectors have come up with and I've got confidence that the women that have been selected will do the job," Devonshire said.

"One of the things about the Maori rugby league jersey is that there's not a lot of opportunity to wear it so when you do get the opportunity you grasp it with both hands and put your best foot forward.

"We're leaving no stone unturned as we go about our business in preparation for this major event.

"It's no secret that we're a physical side and we will play tough. Likewise, we know that the Indigenous side, from when we watched of them, are a very quick side.

"Therefore we've really had to focus on a number of things around our fitness, our speed and our defence to be able to contain them." 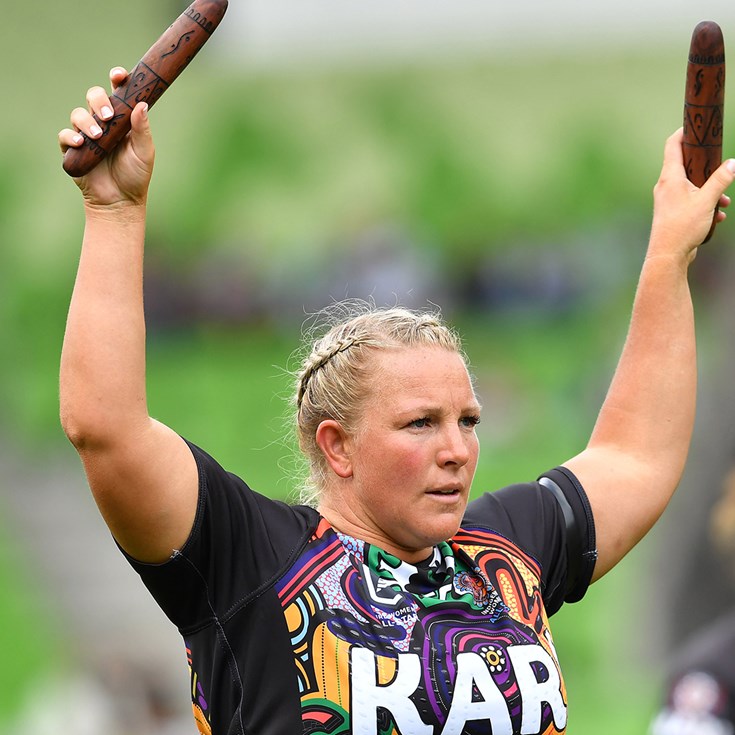