Former Australian Jillaroos prop and current Indigenous All Stars captain Bec Young could have easily walked away from the game after a rollercoaster season in 2018.

The 37-year-old mum of two, who was part of the Jillaroos' World Cup squad 12 months earlier, featured for the Blues in the inaugural Holden Women's State of Origin last June but was one of a handful to be overlooked for the NRLW.

Desperate to be part of the historic women's competition, Young reached out to all four clubs to offer her services but was knocked back on each occasion.

Naturally, the idea of walking away from the game crossed her mind.

"That was a hard one to take, it really hurt me not being involved in it or a part of the NRLW," Young told NRL.com.

"I did everything I could leading into it throughout the year with representation and pathways. I felt like it was out of my control but also found it difficult to process."

As the women's game continues to rise, so too has the scrutiny around player performance.

Sydney Roosters halfback Maddie Studdon recently sat down with NRL.com and admitted the competition took a toll on her confidence and overall performance.

Young watched the playmaker's performances from afar and felt for Studdon, while also conceding her own chances of further international duties were beginning to dry up.

"At the top level they've got to look forward a few years and I know [Jillaroos coach] Brad Donald and Jamie Feeney have a focus on the next World Cup [2021]," Young said.

"To do that they need to bring a younger generation in for elite games and they'll do that. I no longer have other goals or expectations for representative football but it's important for me to see that people have gone through the right passages to get there.

"As long as girls are going through those pathways and do it the right way it makes it easier as someone, who used to be around those squads, to see that."

That's why the upcoming Harvey Norman Women's All Stars clash on February 15 at AAMI Park will hold a special place in Young's heart as she prepares to enter a rugby league year of the unknown.

The skipper, who once lifted the All Stars trophy in her hometown of Newcastle in 2017, says she still gets shivers about the new concept against the women's Maori side.

"Five will be under 18 which is 20 years my junior. When you're representing your community, it brings out a sense of identity and you're playing for a greater purpose.

"There's no better feeling than connecting. Having that clash of culture v culture means both teams are going to have that pride and passion," she said.

"Seeing the progress from when it started to where it is today, the week leading into it is important.

"It's about encouraging people to break down those barriers and for those who might not be sure with questions to ask or want to know more about Indigenous Australia." 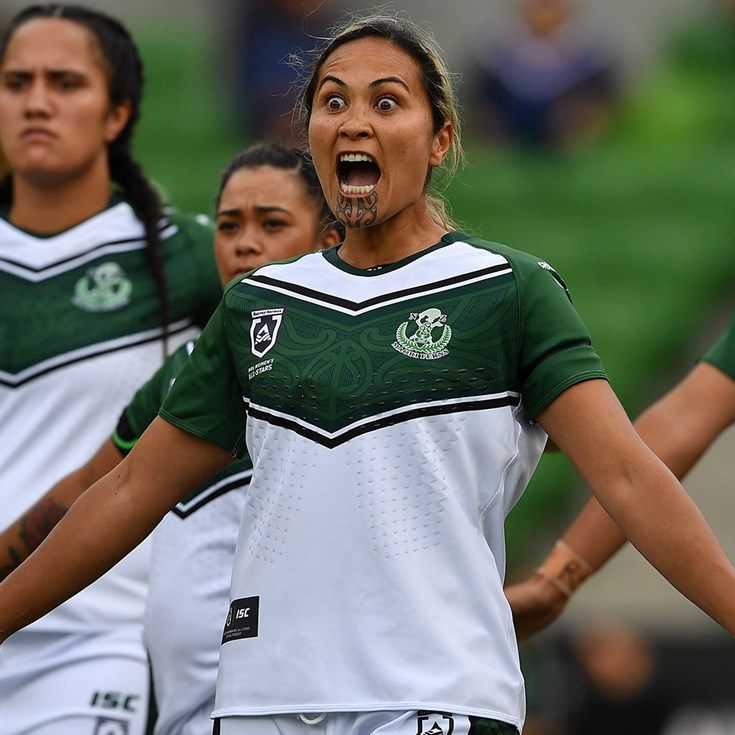