Star recruit Angus Crichton is on track to make his Roosters debut in the club’s trial against Manly on March 2.

The former South Sydney second-rower travelled to the United Kingdom as part of the Tricolours' 23-man squad, but won’t play in the World Club Challenge against Wigan on Sunday (Monday 6am AEDT), as he continues his rehabilitation from off-season shoulder surgery.

"We didn’t think he’d actually get there but we really wanted him to come and experience that [tour], just to build those bonds a bit more in the team.

"If he got some really quick acceleration in January he would’ve got there.

"A couple of weeks ago we knew he wasn’t going to play and now the focus is getting right for the Manly trial.”

Cordner: WCC is up there with Origin

The former Canterbury-Bankstown winger will start his Roosters career at left centre in place of Latrell Mitchell who opted to play for the Indigenous All Stars on Friday night in Melbourne.

"It’s been really exciting for us to get an experienced player like Brett and just have his character around the team," Robinson said.

"He’s played a lot of big games, [he has] a lot of experience, but he also got a calmness about him so I’m really looking forward to him putting on that jersey on."

Matt Ikuvalu will replace premiership-winning winger Blake Ferguson on the right flank after he passed a fitness test from a calf injury at training last month.

The WCC will be the biggest match of the 25-year-old’s career, given he debuted in round 13 last year and has only played three Telstra Premiership games. 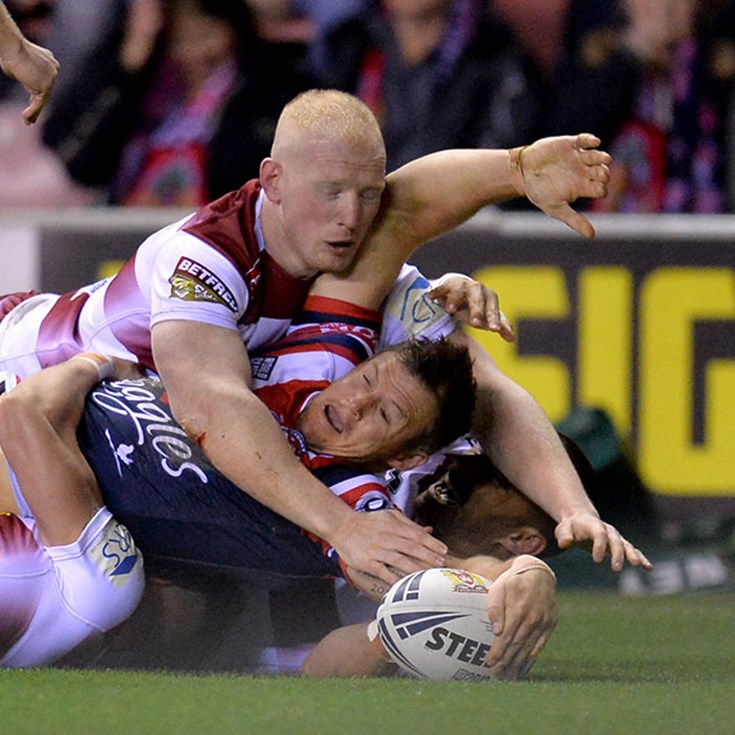