Pereira, who was born in New Zealand but also qualifies for Samoa through his father and England through his mother, has yet to decide which country to align himself with but Lafai urged Samoa to make the first call on him.

“It’s nice to have a fellow Samoan on my wing,” Lafai said.

“I think he is definitely a frontrunner for that wing position and if he keeps up his form I think he should get that spot.

“He has been one of the best wingers in the game this season and he has been one of our best backs in getting us forward and getting us out of the corner with yardage. His work rate is high and it is a credit to him for the hard work he has put in.”

Despite not making his NRL debut until Round 19 last season, Pereira has enjoyed a rapid rise and he is now St George Illawarra’s most established winger.

The 26-year-old, who recently re-signed until the end of the 2021 season, has scored five tries in the opening six rounds and is averaging 148.6 running metres per match.

“Jordy has worked really hard at finishing tries. He has had some brilliant ones this year,” Lafai said.

Having only taken up league when he moved from Wellington to Perth in 2014, Pereira was recruited by Mackay Cutters before joining the Dragons midway through the 2017 season.

Asked who he would be playing opposite in Thursday’s ANZAC Day clash with Sydney Roosters at the SCG, Pereira said: “I know last year it was Blake Ferguson but he has moved on. I don’t watch football so I will wait until we do our homework and go from there”.

Instead, he prefers to spend his time away from training and playing at the beach or on bushwalks with fiancée, Sarah Orange.

“We obviously don’t get much time with each other so if we just sit there watching footy it is not going to be good,” Pereira said.

“Normally I am trying to recover and we live pretty close to the beach or we will go on a bushwalk and try to find a local swimming hole, there are heaps around the Illawarra area.

Tackle of the week: Round 6

“It is kind of footy related because obviously my body is in pain so I am trying to recover at the same time but we just go around it from a therapeutic angle rather than just sitting there watching more footy or doing more homework.”

However, Pereira is looking forward to playing in the traditional ANZAC Day clash between the Dragons and the Roosters for the first time and was anticipating a finals-type atmosphere at the SCG.

“To be a part of something that obviously means so much to where I am from in New Zealand and also here adds that special element to it,” he said. 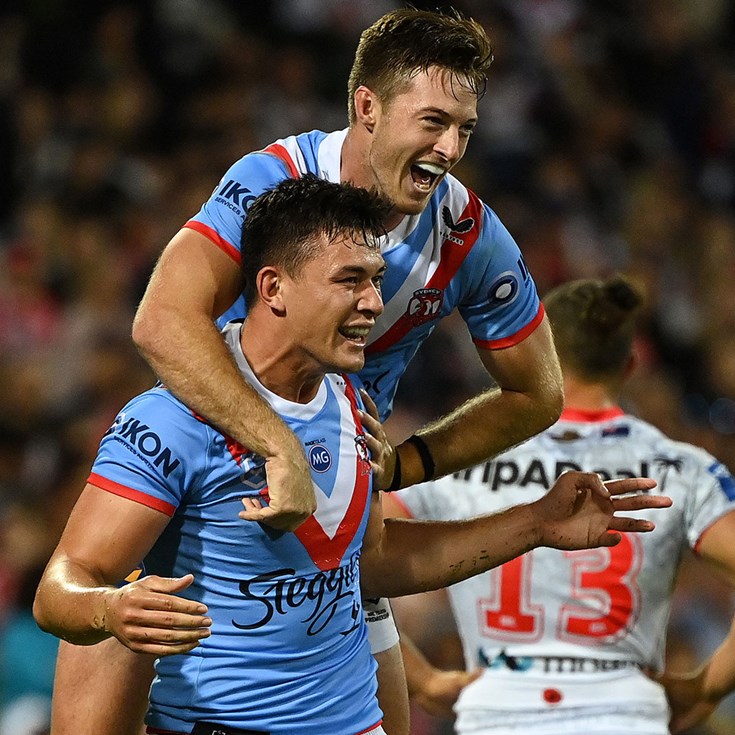