Sharks rookie Bronson Xerri is the week's big trade target as Fantasy coaches question Martin Taupau's gun status and whether the time is right to strike for Angus Crichton and Nathan Cleary.

Here are the Lone Scout's answers to this week's big questions, including his trades for the week.

It's not too late. Burr has a break even of -1 so only needs to turn up and have an ordinary game to get a good price rise this week, and if he can continue anything like his recent form (62 points in round 5 and 63 in round 6) then he's got a lot more money to make. At $514k though he's only one to snap up now if you already have cheaper cash cows like Bronson Xerri and Payne Haas.

Is it good or bad having a NPR like Dylan Brown on my bench? I'm obviously losing out on making cash, but at the same time I can loophole and save a trade once he's back.

At this stage of the season I generally like to have all my players playing – apart from short-term injuries or suspensions – so I sold Brown a few weeks back. By keeping him you save a trade and can maybe scrap a few extra points through the loophole*, but you miss out on money you could be making through another cash cow and you also won't have the depth to cover short-term injuries that other teams have. I reckon having as many players as possible rising in value in your squad is more important than saving a trade (which you'll be using at some point to cash him out anyway), plus there's no hard information on whether Brown will be back in the Eels line-up any time soon.

*To use the loophole you can put a non-player in the No.17 spot in your squad and a player who plays early in the round in No.18. If your No.18 scores well, do nothing and you'll get his points. If he scores poorly, promote somebody else into No.17 to get their points.

Dylan Brown to Xerri? How many weeks does Will Kennedy have left at fullback for Cronulla?

Good trade. Kennedy will likely hold the fullback role at Cronulla until Matt Moylan returns from a hamstring injury in round 10. That's probably not enough time to make Kennedy a worthwhile cash cow prospect.

Who goes for Xerri – Okunbor, Ravalawa or Garrick?

Garrick has the highest break even of the three after last week's -2 so his price is the most likely to dip next week. I'd be selling him first.

Pretty good. He's getting decent minutes off the bench (44 and 49 in the past couple of weeks) and posting solid scores (31 and 51 in those games). With a break even of 2 he's earned $108k in price rises so far and is projected to earn $100k more in the next three weeks if he scores 35 points a game. Obviously there's more upside if he can score around 40. He is a bench player so minutes won't always be reliable but he's among the best cash cow options available this week. (Payne Haas, a bit more expensive at $371k, will earn faster money if you don't have him yet.)

Angus Crichton or Adam Reynolds? If you had to choose between the two who would you go for?

This year I'd go Reynolds. Crichton has been a Fantasy superstar in the past but it's still questionable whether his role at a stacked Roosters team will keep him from being an elite scorer in 2019. Last week's 54 against Melbourne was the only time he's passed 50 without a try this season, and his average score was 39 before that. Reynolds meanwhile has averaged 55 this season and is the halfback and goal-kicker at one of the best attacking teams in the league. If anything he looks a more solid option than in recent years.

How patient should we be with Kapow? He's still the PPM monster, but problem is, he's only getting 40-50 mins a game.

I'd be hanging onto Martin Taupau for a little longer yet – partially because his minutes don't tend to directly correlate with his Fantasy scores. He actually only played 51 minutes a game last year (three more than this season) and still averaged 57 points, and scored 52 points from 52 minutes a game the year before. In 2016 he played more than 60 minutes a game but averaged 49 Fantasy points.

With a scoring range between 42 and 61 he's as consistent as he's ever been, but all he's really missed this season are the occasional massive 80+ scores. If he busts out a big one against Canberra he'll look back to his old self. If not (and with Addin Fonua-Blake returning from suspension the following week) it'll be time to re-evaluate trade options then.

Emre Guler? Hyped as a cash at the start of the year. Now gets named on the bench. Worth a run?

Guler is a promising young prop who adds plenty of size to Canberra's more mobile pack this season, but as a bench player I'd be waiting at least a week to see how much game time he gets. He's in a rotation with middle forwards like Josh Papalii, Iosia Soliola and Ryan Sutton who can all play big minutes, plus Dunamis Lui, Siliva Havili and young second-rower Jack Murchie. Keep an eye on him and reconsider next week.

Nathan Cleary is probably as cheap as he will be all year. Seems to be close to or fully 100% and I'm hoping Panthers can hit some form. Morgan to Cleary leaves me $1k. Worth it?

I've got Michael Morgan and will be keeping him for now but I don't mind this trade at all. Morgan's price is still rising but so is Cleary's (both have break evens in the low 30s) and this trade looks a step up from a 45-point player to a potential elite gun who could hit 55 points a game. Probably a good move.

I'm playing you in head to head, what trades you making?

Let's just say a certain rookie Sharks centre and a certain headgear-wearing Knights fullback will be joining my 17 this week. 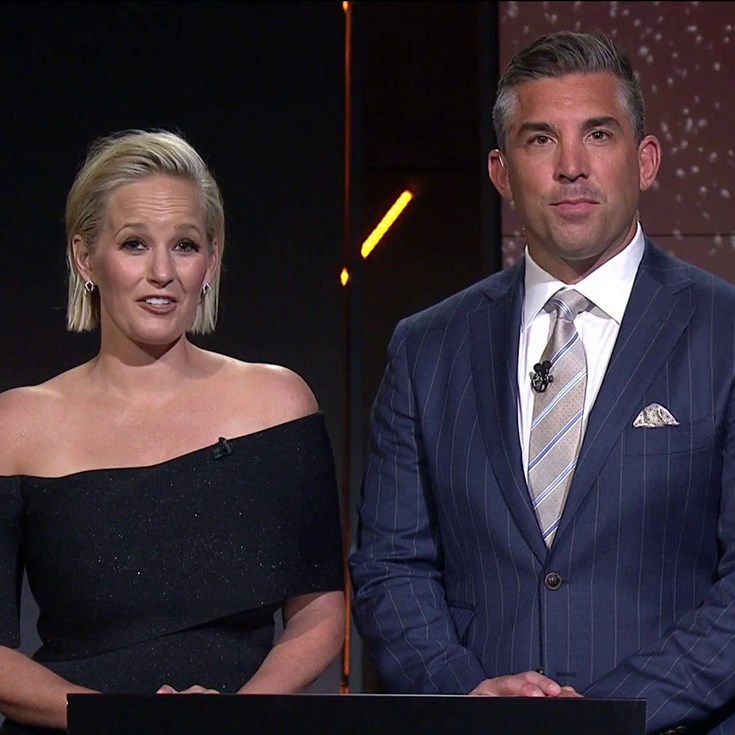 The Dally M leaderboard after Round 19