Patrick Carrigan rejected big offers from rival clubs to re-sign with Brisbane after making a pact with Payne Haas and Thomas Flegler that they would stay to forge their own dynasty and honour the club’s legends.

The 21-year-old prop, who grew up idolising Petero Civoniceva and Shane Webcke, spurned a big offer from Canterbury last year when they tried to prize him away. Instead, he inked a new deal with Brisbane through until the end of 2022.

"There were a few clubs interested in me but there are a lot of young forwards here and as a group we had a chat and we decided that we wanted to come through together at the Broncos," Carrigan told NRL.com.

"Payne, Tom and I were together when we were playing 20s. Then Payne re-signed [last year] and I was on the same page. These boys are my best mates now and I love playing footy with them.

"Now I get the opportunity to play with Payne [Haas], David Fifita, Jaydn Su’A and Tom [Flegler]. We are all around the same age and hopefully we can stay together and build into something."

Carrigan, who made his NRL debut this year in round five against the Wests Tigers and will line up against Manly on Friday night off the bench, said the success of the club’s great forwards of the past motivated him and made him realise the responsibility that comes with wearing a Brisbane jersey.

"It is huge. The club has won six premierships and a lot of them were off the backs of those guys. The last one was in 2006," he said.

"The team that they had here was almost the equivalent of a Queensland or Australian team. They were great sides. They have left a good legacy and for us we need to pave our own way and do those guys proud and build towards success as well."

Civoniceva told NRL.com it was "fantastic" to hear the young Broncos forwards of today had respect for the past.

"Pat Carrigan has already got a fair reputation himself and has accomplished a lot in the junior grades. He is also a wonderful young bloke and it is no surprise to me that he looks at a successful past era at Brisbane for inspiration," Civoniceva said.

"I was exactly the same. I looked to the players who had worn that jersey before me. Once I got that opportunity to wear the jersey I got an understanding of the responsibility that goes with that to emulate what the guys that went before you did.

"With the young forwards of today, for the level of potential and talent that they all possess, it is pretty exciting for the Broncos to see them emerge and start what will be long and successful careers."

The season has not gone to plan for the 13th-placed Broncos. Carrigan and his fellow forwards have learned some vital lessons in their losses, but he is not daunted.

"It has been tough but apart from the Roosters and the Rabbitohs we haven’t been too far off," he said.

The former Queensland under 20s skipper, who is in the third year of a physiotherapy degree at the University of Queensland, is regarded as a future leader of the club.

Magic Round hotspots around Brisbane

Before joining the Broncos he was in the sights of the Queensland Reds after a stellar schoolboy career in rugby, but league was always his first love.

"I grew up playing league but went to Gregory Terrace [High School] and played rugby through the school, had a couple of years in the First XV there and was lucky enough to be school captain as well, a fair little achievement," he said.

"There was a little bit of interest from Super Rugby clubs when I finished but my heart was always with league and I loved the Broncos since I was a young fella so it was pretty easy to come here and play with these bunch of lads." 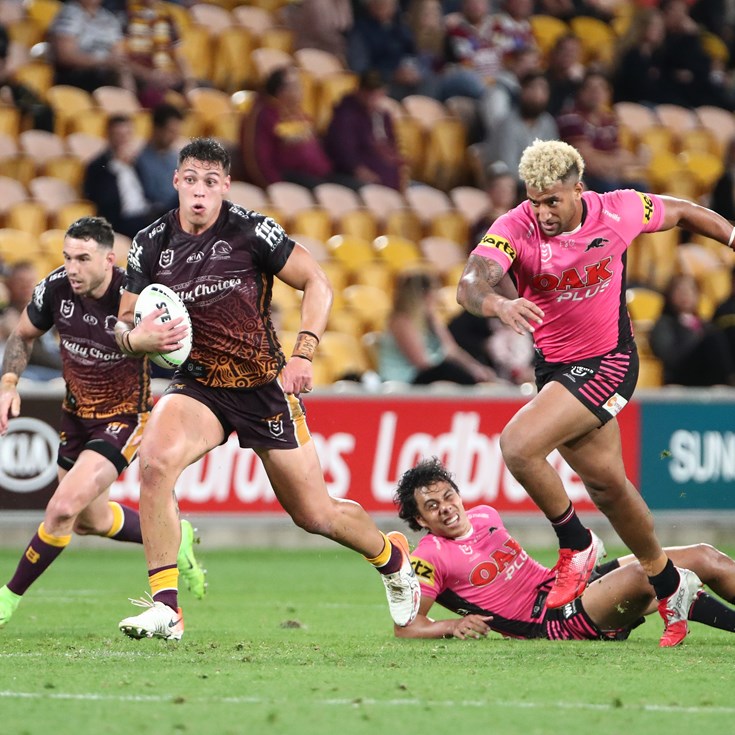 Riki can fill that No.11 jersey: Glenn backs rookie to fill Fifita void

Eight is enough: Broncos on cusp of another unwanted record