Queensland Residents five-eighth Josh Cleeland is well versed at bouncing back from setbacks so it is no surprise he is "loving footy" again after emerging from the disappointment of not making an NRL debut in two seasons at Canterbury.

The 27-year-old, who will line up against NSW Residents at Dolphin Stadium on Sunday, was 18 and an Ipswich Jets Colt when a serious knee injury kept him out of the game for three years when he was on the verge of a Broncos deal.

Depressed, his weight blew out to 115kg and thought his career was over, but he shed the kilos and fought back to win an Intrust Super Cup and NSW State Championship title with the Jets in 2015.

After a season at Cronulla, a Canterbury deal followed and he was twice the NSW Cup five-eighth of the year for the Bulldogs before leading the side to an NRL State Championship title last year where he was player of the match.

But an NRL call-up never eventuated and Cleeland, now back at the Jets, still doesn’t know why.

"I was a bit down. I thought I deserved the opportunity to play first grade but it didn’t come through," he said.

"The first year I was at Canterbury they just said I was playing good and to keep going and to bide my time. The second year I don’t know what happened with the communication between me and my manager and the coaching staff but somehow I dropped out of the top 30.

“I’m still not sure what went wrong but I am just looking at the positives now. I am back at the Jets and it is just so much fun and stress-free.

"At the Jets there is no fear. It is whatever you see, have a go at it. That’s definitely brought the love of footy back for me."

Jets co-coach Shane Walker said Cleeland was good enough for the next level and likened his style to one of Canterbury's best-ever playmakers.

"If you had an NRL job you’d pack him up and take him away with you," Walker told NRL.com.

“He is not dissimilar to a Terry Lamb. He’s that nuggety build, he has deceptive speed, he’s a strong defender and he’s always thinking. He does back up well too.

"Our halves are on the same side of the field linking up with one another and attacking and playing what they see, but the first couple of weeks Joshy was planted on the right side of the field and wouldn’t leave. We had to reintroduce him to our other half and release the shackles because he was had a heavily structured mindset when he first came back."

Cleeland is keen to make the most of his chance with Queensland Residents where he will line up with former Broncos-contracted halfback Sam Scarlett.

"I wasn’t expecting the call-up. Coming back from an NRL system to the Jets, where not many people like the way they play, I didn’t think I’d get an opportunity but I am over the moon to get the phone call," he said.

"You can’t rush things, playing the footy we do these days. If you get more possession then you can get over the opposition at the back-end of games.

“As long as I stay calm for the boys and Sam Scarlett does the same thing we should have a good game."

Cleeland, now 92kg, said he hadn't given up hope of getting an NRL opportunity. He is proud of the way he has handled adversity.

"I was close to the NRL when I was 18 and my manager was talking to the Broncos but then I did my ACL and it all fell through," he said.

"Then I became a big bopper. I got to 115 kilos and got depressed. I thought footy was over but then I got back into it with the Jets. It is a pretty good little story." 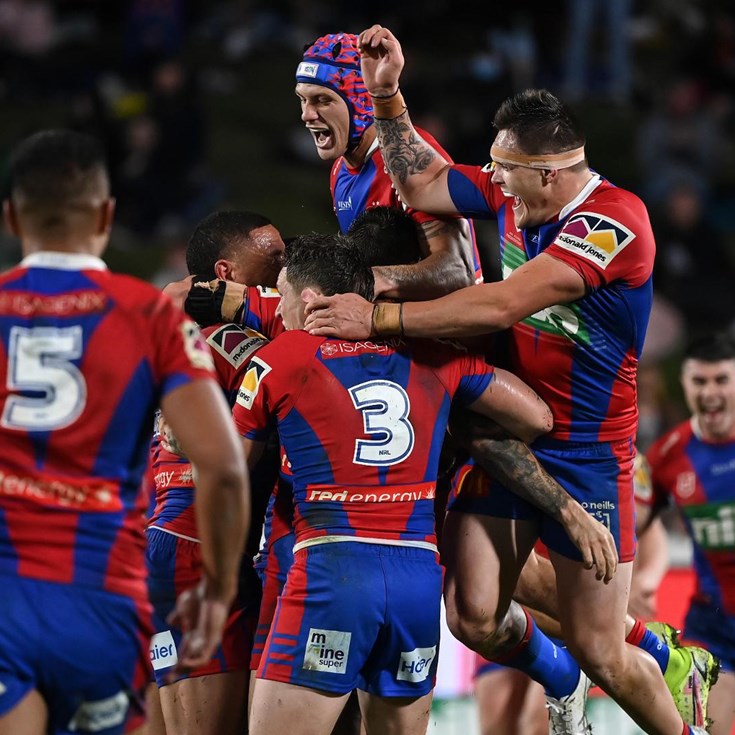