The Cowboys drifted out and the Rabbitohs put them to sleep at Suncorp Stadium.

It's a tendency Paul Green says the Cowboys need to eradicate from their game because it often leads to them letting in multiple tries in short periods.

Souths outscored the Cowboys five tries to three in the 32-16 result - three of them came between the 10th and 22nd minutes and two more five minutes apart early in the second half.

"I'm disappointed with the result but the thing probably that we need to fix is just in periods of the game we're really drifting out of the game," Green said.

"We need to be more resilient in that area. Some combinations around the edges are making it difficult at the moment."

Souths hooker Damien Cook ran riot through the middle with one try and three try assists; Green tongue-in-cheek described him as "a fairly handy dummy half" who took his opportunities well but felt the Cowboys should have done a better job of denying him chances.

"He's a key player for them and a lot of good stuff happens around him. They've got players that can capitalise on that, Cody Walker in particular," Green said.

With his own dummy-halves, Green decided to bench premiership-winner Jake Granville and start with Kurt Baptiste. He said the aim was to save himself an interchange since he wanted Granville on for the final periods of the game.

It ended up not working out after Granville was concussed after going in low on Mark Nicholls, forcing a second interchange to get Baptiste back on.

"I thought the game would be decided through that middle third and I wanted to finish with [Granville] on the field as opposed to being another interchange," Green said.

"I wanted to keep that spare interchange up my sleeve." While Granville did not return Green said the hooker seemed to be OK." 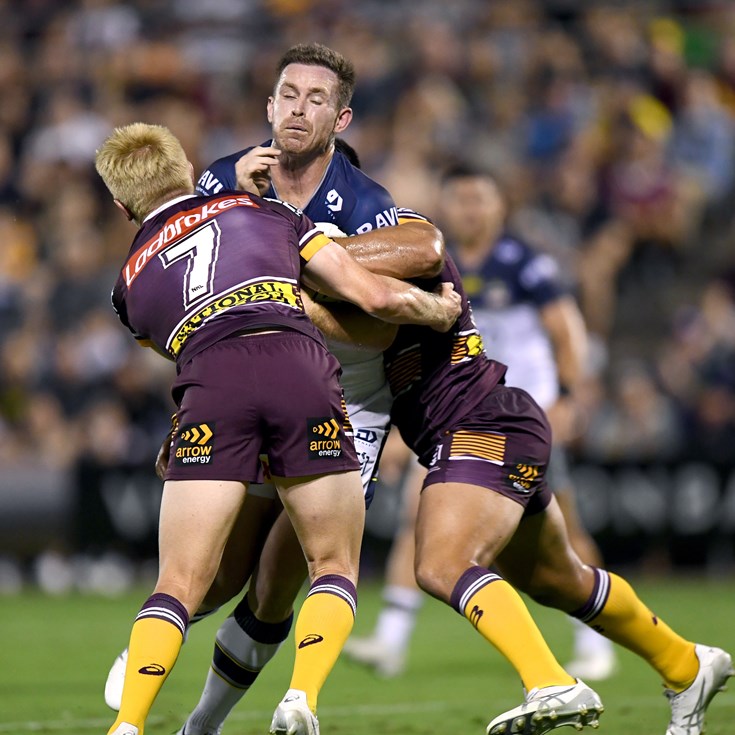