It's one of the toughest weeks of the season for NRL Fantasy coaches, with the byes and Origin decimating most Fantasy line-ups.

So, how many players should your team have this week? Is Siliva Havili the real deal? Are there other great bargains on offer this week? What's the gameplan for head-to-head, versus overall points? And is time up for Robbie Farah?

What's a reasonable amount of players to field this week? Mostly playing for H2H, but find myself in the top 500 & tempted to try better my top 20 finish of a few years back!

It's the big question, isn't it?

It's a simple answer if you're playing to win your head-to-head and have no interest in your overall rank – don't make any trades, unless you need to cut somebody who's going to drop in value fast.

For everyone else, there's no simple number. Around 8-10 could be enough. 11+ is great.

The best keepers and cheapies for Round 12

The tough thing with the way the draw works these days is every player who plays this round won't play in round 16, so there's not a lot of value in bringing in players just for the sake of a one-off score. You're better off targeting keepers in action this week (Taumalolo, maybe Adam Reynolds and Martin Taupau) and guys who play this week and could make quick cash (like Josh Hodgson's replacement Siliva Havili).

Ideally the top teams in the overall ranks burn a few trades this week and in round 16 to get more than 10 players on the field in both rounds, and then get lucky with injuries in the run home so they don't run out of trades.

Will Cotric get DPP? Looks the long-term replacement for Leilua.

Nick Cotric probably will become a dual position player if he's named at centre in the round 13 team lists. The next batch of dual-position updates will take place next Tuesday night, after round 12.

Is Billy Brittain a worthwhile choice in place of Cook? How many weeks will he actually get before Cook comes back into the side? Was also looking at Havilli but at an awkward price and with talk of Starling coming off the bench to get game time, is a worry.

I prefer Havili to Brittain as a buy. Havili is pretty much guaranteed between four and six games as Canberra's starting hooker with Josh Hodgson injured, and could score close to 50 points a game in those matches – which would earn him about $150k in price rises. After that he'd likely go back to scores between 25 and 30 off the bench and could earn a little more cash. There's a good reason why he's a popular trade target (see the next few questions).

Brittain is guaranteed to play this week, will probably play next week if Damien Cook is rested after Origin I, and may play round 17 if Cook's rested after Origin III. Apart from that he'd be a non-player. With no significant price rises likely, you'd be basically making a trade for the sake of a round 12 score, and would effectively have a 20-man squad for the second half of the season.

Lawrie to Havili? Both can score mid-40s with the minutes they'll get. I'm playing overall.

Good trade. There's no rush to axe Lawrie but the trade nets you $200k now plus Havili's round 12 score and more price rises.

Do you think Watson gets the starting hooker role with Levi out? And is he worth a pick over Havilli?

Yes Watson's likely to start at hooker for Newcastle, but no he's not a better trade option. He costs $100k more, and there's some competition for the hooker role at the Knights. Plus we've already seen Havili can score strongly as a starting hooker in Fantasy.

Do I pull the trigger on Farah for Havili?

Yeah I think so. Farah only played 46 minutes last week, pushing his break even up to around 70. Unless you think that was a one-off and he'll be a keeper anyway, it's time to jump off board.

Who are the best two halves going to be for the rest of the year out of DCE, Pearce and Cleary? Just worries about head to head and money isn't an issue.

My prediction would be DCE and Cleary. Cherry-Evans was flying before his injury, and Cleary has a lot of upside if the Panthers become even an average team in the second half of the season, and he ended 2018 with a great run of Fantasy scores. Pearce is in an incredible run of form but can't possibly keep scoring tries every game. Adam Reynolds is another contender but may also be playing at his Fantasy peak with about 53 points a game, although he has only scored two tries in 11 matches so there is possible upside there.

I need to trade either Xerri or Lomax this week. Which player is better value to keep?

Do you really need to trade one? Both have a break even around 10, so have more price rises to make. If you must sell I'd probably ditch Lomax first, considering Xerri is coming off a hat-trick.

Thoughts on holding Arrow? I'm leaning towards holding at this stage.

Definitely hold. There's a good chance he backs up after Origin in a grudge match against the Broncos, and is averaging 55 this year.

To'o from Panthers worth bringing in as a temp player/cash out?

Not really. He scored 39 last week in a (rare) win for Penrith over the Eels, but only had 7 points in 80 minutes against the Warriors a week earlier. Rookie wingers are notoriously tricky as Fantasy options, so unless you really need to free up a lot of cash fast and are happy to wait for potential price rises down the track I'd probably hold off until a more promising cash cow arrives.

I am thinking of doing Taukeiaho to Havili and then Morgan to A Reynolds. This gives me enough cash to do zero to Bateman in a few weeks. I know selling Tauk isn't ideal but he's the only play I would be happy parting ways with to make this happen.

Taukeiaho would probably be a handy 18th man later in the season, but apart from that it looks a good trade. 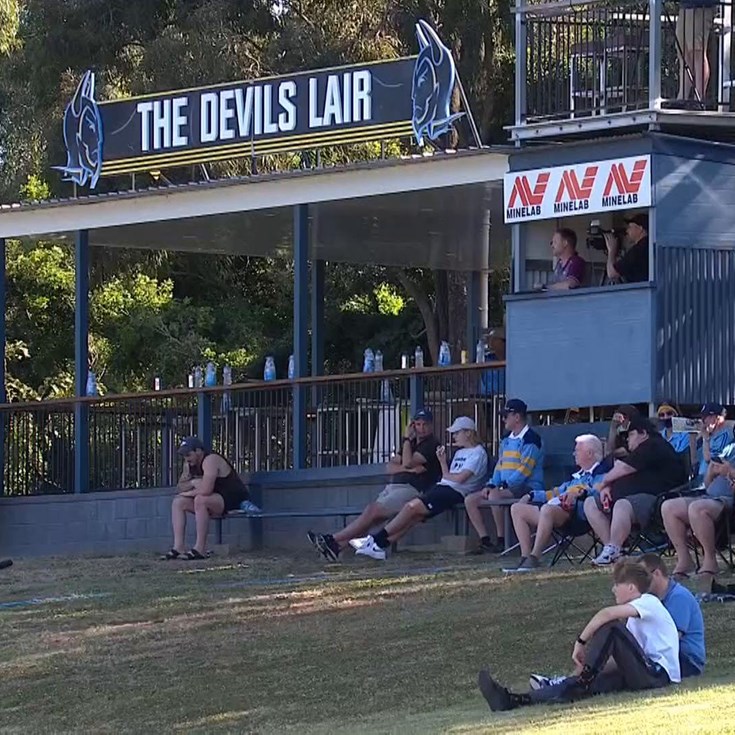