The wrist injury to David Klemmer will mean one forced change for NSW for Origin II but outside of that there are just two changes I would make for the must-win game in Perth.

There are a few things for NSW to fix up heading into Origin II but none of them require mass changes to solve and I would be trying to keep the 17 pretty much intact – including the halves – heading into a shorter camp.

The last thing I'd be doing is changing numbers en masse, which takes you back to the drawing board and you learn nothing from the previous game.

For me, the new faces are Tom Trbojevic, Tariq Sims and whichever prop really puts their hand up in round 14. Based on round 13 form that looks like being Reagan Campbell-Gillard.

The Blues' issues came down to their game management and short kicking game as well as some troubles with their left side defence.

The halves didn't exactly control the game; the forwards didn't have much trouble getting forward other than that one period mid-way through the second half but where Queensland were getting the ball was the problem and that comes back to the halves.

I would keep Cody Walker because I don't think he was used as effectively as he could be and as an Origin rookie he will be a lot better for the run.

I didn't think Cleary was as bad as some people are saying but by the same token I didn't feel he controlled the momentum of the game.

Adam Reynolds has Origin experience and the best short kicking game in the NRL and picking him would also help out Cody Walker so I would have brought him in for game two at the expense of Cleary, but Reynolds now has a back injury and is unavailable.

While James Maloney had a great game against the Roosters on Sunday I don't think going back to him is the answer and while Mitchell Pearce is the form halfback in the NRL and can dominate a game he has a history of taking poor kicking options at Origin level which is the one thing the halves really need to fix up.

So the Blues should keep the halves and give them a chance to learn from game one and build on what they started in terms of their combination.

The left-side defensive issues shouldn't be hard to fix and don't require any team changes. It's not as if any of those players doesn't know how to tackle.

They just weren't working in sync. The fact they got exposed, they can really work on fixing it with the combinations they've already got so that's just a communication thing with Walker and Latrell Mitchell.

Tom Trbojevic has to come in because he was just so important for them last year. It's tough on Nick Cotric because he did nothing to warrant being dropped but he will get more chances.

Everyone on the bench will be better for the run.

I was surprised the Queensland bench outplayed the NSW bench because that looked like a big advantage for the Blues heading in.

The Maroons' three bench forwards in Dylan Napa, Joe Ofahengaue and especially David Fifita, I really noticed those guys when they came on.

For the Blues it was only really Cameron Murray that stood out from the bench. He was very good.

My one tip for Payne Haas would be to pace yourself. He made a tackle per minute and plenty of those were third man in when he was then forced to run back to the defensive line rather than go to marker and I thought he could have managed his energy more wisely.

He would have been someone Queensland were really worried about coming off the bench but they're not going to be worried about him making 100 tackles.

I applaud his energy and his effort but he needs to be more effective in fewer involvements. Not by cutting corners or shirking his work but there were times he didn't need to go in and could have saved himself for his attack.

Jack Wighton will also be better for the run. People are talking about the intercept he threw but the fact is he came off the bench as a debutant, ran the ball hard, brought plenty of energy and he created a two-on-one with that run and if he gets that pass right we could well be talking about him as the match-winner.

I do have questions about Angus Crichton's role off the bench.

To carry a specialist edge forward and then bench Tyson Frizell for more than half the game seemed a strange move.

When you look at what his counterpart Fifita did for Queensland, Crichton didn't seem to bring anything extra to what the starting guys were doing when he came on.

I'd put Tariq Sims in that spot because he'll come on and bring aggression and a bigger body. When the Blues get pinned in their end like they did when Brad Fittler took Walker off for Wighton, Sims could help out with a hard run.

He's got a good engine and he's always one of the best for Dragons. I really like his aggression and the way he plays.

My Blues team for Origin II 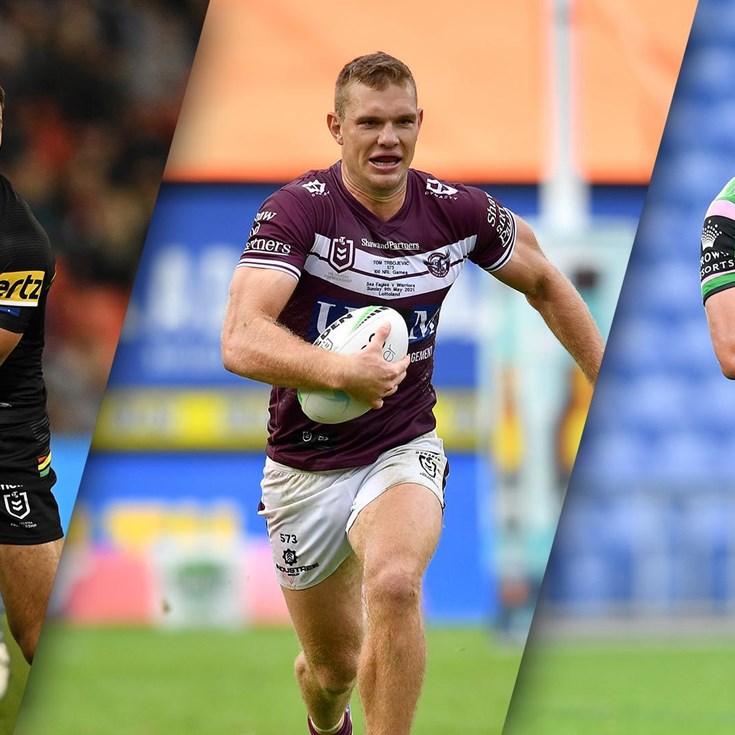