Brandon Smith may come across as a jovial, fun-loving character, but his unconventional childhood hardened him like a diamond under pressure. He is as tough as they come – because he had to be.

Caught up in the wrong crowd, it took a drunken altercation with a police officer for Smith to realise he needed to turn his life around.

He grew up on the small island of Waiheke, a beautiful destination 20km off the coast of Auckland, but his adolescence was far from picturesque.

“I had to move away from my parents when I was 14. That was hard, but it taught me how to be tough,” Smith tells Big League.

“I was hanging out with the wrong crowd and my parents saw that there wasn’t a future for me in New Zealand, so they made the decision to send me to Australia. I was always a rascal. I’d hang out with my mates and we would do dumb shit. I crashed my parents’ car a few times.

“A lot of the stuff involved alcohol – that’s where all the problems stemmed from. I actually got in an altercation with a police officer – that was a wake-up call. The Cowboys actually sacked me, but they gave me a second chance. I was doing some dumb things and not behaving at school.”

The top five guns that fired in Round 13

When Craig Bellamy and the Storm came knocking, Smith had the decision to remain at the club that had helped him overcome his teenage struggles or link with arguably the greatest player to have ever played the game.

“I felt like I had a debt to pay the Cowboys, but the Storm offered me a contract and the opportunity to learn off Cameron Smith was too much to give up,” he says.

“Looking back at it now, I’m so glad I made the decision. I’ve got to experience a winning grand final and a losing grand final - and this is just my third year in the NRL. I have to pinch myself every now and then. I can’t believe I actually have this opportunity to be behind him and learn from him,” the

“I take it for granted a little bit. It just seems normal now – him telling me what to do.

“It’s extraordinary, because he’s such a normal bloke – and I mean that in the nicest way – but he’s so down to earth and he’s done everything you could possibly do in the game. I’m very happy to be where I am today and I’m not looking to go anywhere soon.” 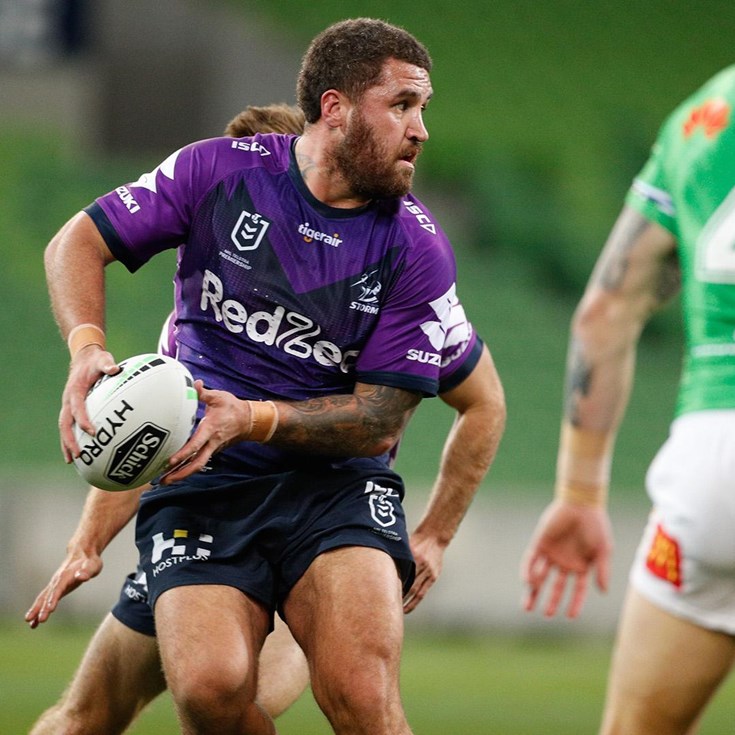