Liam Martin, Brian To'o, Brent Naden and Mitch Kenny... they're the classy cubs propelling the Panthers towards a finals berth that seemed an impossible dream just six weeks ago.

No other club in the NRL can boast a track record quite like Penrith for churning out quality kids and turning them into first-grade regulars.

Despite parting company with Dallin Watene-Zelezniak and Waqa Blake, and the loss of homegrown talent Corey Harawira-Naera, Matt Moylan and Bryce Cartwright in recent years, the Panthers keeps on churning out the next generation.

Penrith are chasing six consecutive wins and have designs on a spot in the top eight after sitting on the bottom of the ladder just six weeks ago.

"There's definitely been a lot of curve balls thrown at us this year in terms of team selection and people moving on but everyone that has come into the side just fits in," Panthers winger Josh Mansour told NRL.com.

"It's all about the mentality really and we seem to do that well at this club. That's what we've been about for a while now - we're a development club and there is a big emphasis on the juniors.

"They've really given us a second wind. They've got a lot of energy and enthusiasm. It definitely shows and rubs off on everyone, we're lucky to have that."

Mansour pointed out the emergence of his new left-edge centre partner Brent Naden, who started his rugby league career at the Panthers before stints at the Raiders and Knights.

He returned to Penrith this season on a modest deal and outside the club's top 30.

He was considered a longshot for an NRL debut but has kicked on in remarkable fashion to be rewarded with a full-time contract.

"He's had a hell of a journey. He had a promising junior career and there was a lot of hype about him," Mansour said.

"There's no better example of someone taking their opportunity.

"When I first started at the club in 2012 there were a lot of players ahead of me, it was like a 50-man squad with guys like Michael Gordon, Sandor Earl, David Simmons and Geoff Daniela.

"Malakai was here as well and it was Ivan's first season. You try and not think about who's ahead of you but rather just put your head down and do the hard work.

"Brent's done that and his time has arrived. I think we've developed a good combination in a short space of time and that's only going to grow." 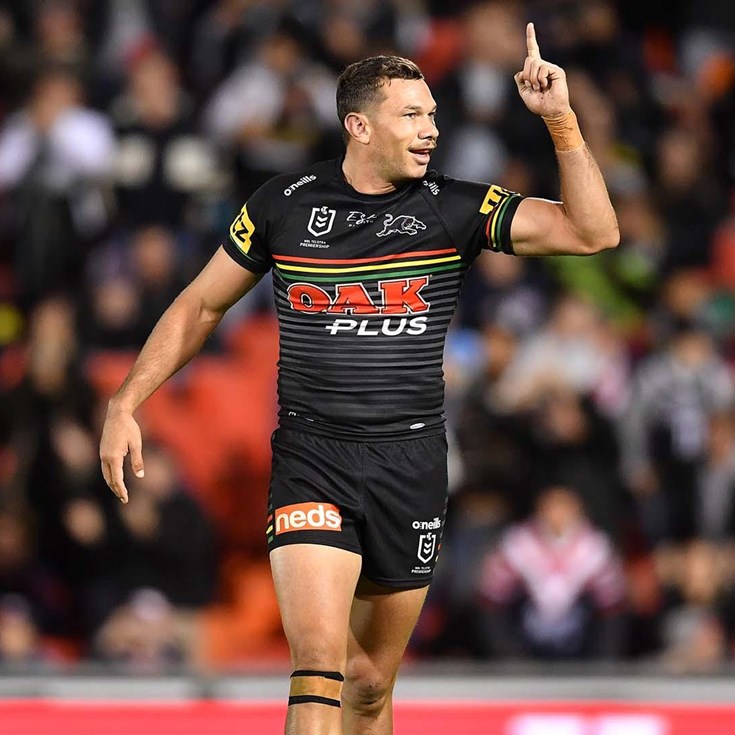 A prowling success: The numbers behind Penrith's dramatic turnaround