The Glebe side stage rugby league's first player strike. The club's entire first-grade side refused to play a match against Balmain in protest at the way they believed they had been treated by the NSWRL.

After a lengthy inquiry, the governing body suspended the players until the start of the 1919 season – effectively a year's ban. The players were subsequently reinstated early in 1918.

After having lost the first two Tests and the Ashes, Australia regain some prestige with a 21-14 third Test victory at the Sydney Cricket Ground. South Sydney winger Benny Wearing, in his one and only Test match, scores a record 12 points from two tries and three goals. A kick and chase try by Wearing is regarded as one of the most spectacular of Test match tries.

The highly entertaining French touring side, inspired by the charismatic fullback Puig-Aubert, wins the Test series against Australia, with a 35-14 third Test victory. Huge crowds flock to watch the Frenchmen wherever they play. Over 67,000 people pack the SCG for the Test.

Paul Vautin was born in Brisbane. An under-rated back-rower, he played 13 Tests for Australia and 21 Origins for the Maroons as well as 204 matches for Manly and 34 for the Roosters in a two-season stint at the end of his career from 1979-91.

He has enjoyed a successful stint in the media after his playing career with Channel 9, including his role as the long-running host of The Footy Show for more than two decades until the Thursday night show was cancelled at the end of 2018.

He coached Queensland in the mid 1990s, including the memorable 3-0 series win over NSW in 1995 when Super League cut a swathe through the Maroons team.

Gene Miles was born in Townsville. Originally a centre, he made the transition to back row later in his career. He played 14 Tests for Australia and 22 Origins for the Maroons.

He was a foundation player at the Brisbane Broncos, playing four seasons with the new club before he was controversially shown the door by coach Wayne Bennett. He finished his career with a stint in England with Wigan.

Melbourne winger Matt Geyer becomes the first player from the Victorian franchise to play 200 games for the club.

South Sydney utility Craig Wing is granted a release from the final year of his contract with the Rabbitohs to take up a lucrative deal with second division Japanese rugby union side NTT Communications.

The eight people endorsed as the inaugural Commissioners for the game's long awaited Independent Commission are officially announced. Former international John Grant is named as the first Commission Chairman.

The Brisbane Broncos announce Wayne Bennett will return to the club as head coach in 2015, replacing Anthony Griffin.

Bennett, who won six titles with the Broncos in 21 seasons with the club (1988-2008), had been linked with St George Illawarra but a telephone conversation between Bennett and News Limited boss Lachlan Murdoch reportedly clinched the deal.

Veteran Newcastle forward Clint Newton announces he will retire at the end of the season after 16 seasons and over 260-top level games in Australia and England.

John Sutton becomes the first South Sydney player to appear in 300 first-grade games for the club but celebrations are cut short when the Rabbitohs suffer a shock 22-6 loss to Wests Tigers. Former Rabbitoh Robbie Farah steals the limelight with victory in his 250th game for Wests Tigers. 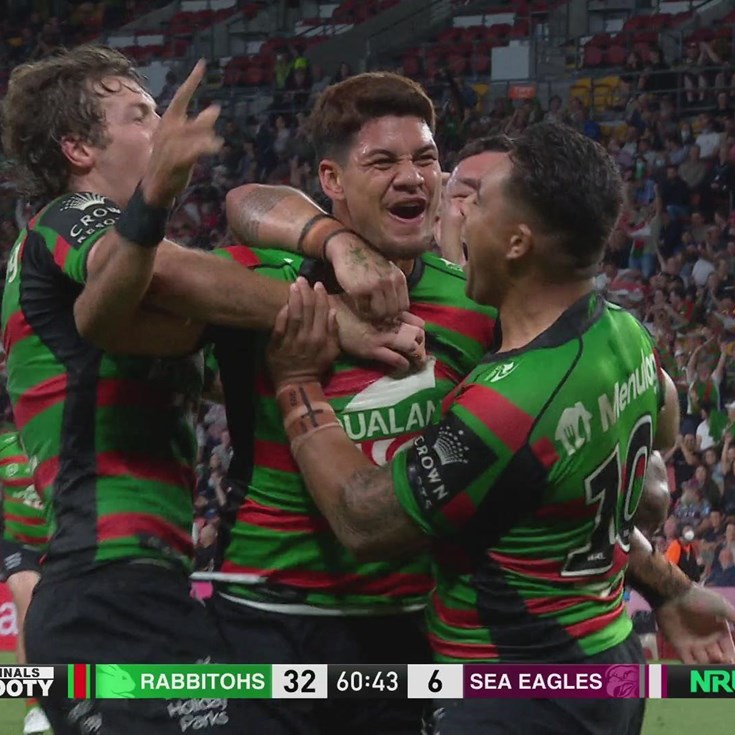 Paulo moonwalks his way to a double for South Sydney