ARL Commission chairman Peter Beattie will push for the elimination of mandatory three-year stand-downs for eligible commissioners as the search begins for Mark Coyne’s successor.

Coyne handed in his resignation on Saturday night following his arrest an expletive-ridden tirade at Singapore police, with the former commissioner told he did not have overwhelming support from clubland after consultation with Beattie.

The chairman indicated while he has already received expressions of interest in the post, finding Coyne’s successor could take up until the end of the year, starting with the next ARL Commission meeting on August 29.

Beattie will revisit his bid for the abolition of the three-year stand-down period at that meeting, which rules some of the game’s best operators like Cowboys chairman Laurence Lancini and Rabbitohs boss Nick Pappas ineligible due to their club ties.

The rule was instigated during the Commission's formation in 2012 to ensure independence among commissioners, but Beattie has pushed previously for it to be relaxed in a bid to have rugby league's best administrators working at the top level.

"What we're doing is basically excluding a whole lot of talented people who could sit on the Commission," Beattie said on Sunday.

"They'd have to leave the club they're with. I want to talk to the leaders of the game about possibly changing that rule.

"I've already had discussions and I failed in those discussions. But I'm putting it clearly on the agenda today, I want to get the best possible people on the Commission.

The current rule is nuts. I can't change it. It's up to the clubs and the states.

"I don't believe that those people associated with clubs ought to be excluded. I don't think there's any doubt that there's people in the clubs that can do this. Lawrence Lancini from the Cowboys would be very good, Nick Pappas, [Broncos board member] Darren Lockyer ... [Storm chairman] Bart Campbell.

"And that's not an exhaustive list. I can name four people just like that now that we ought to consider all of whom are disqualified by the current rule.

"The current rule is nuts. I can't change it. It's up to the clubs and the states to change it. But I'm indicating publicly that I want to have a discussion about changing it."

Beattie's last attempt at Commission reform was blocked by votes from Melbourne, Canterbury and the Gold Coast as a move to add two extra club and state representatives failed.

Beattie conceded Coyne's resignation was a blow, but remained confident the St George legend would not lost to the game having offered Coyne a chance to join the NRL's competition committee and be involved in grassroots development.

Having touted Coyne as a possible successor as chair, Beattie also addressed conjecture around his own future.

He once again spruiked the credentials of current commissioners Peter V'Landys and Amanda Laing for the top job, and said it is "my intention" to retain the post for the 2020 season.

"I'll be there in 2020. My term doesn't run out until February next year," Beattie said. 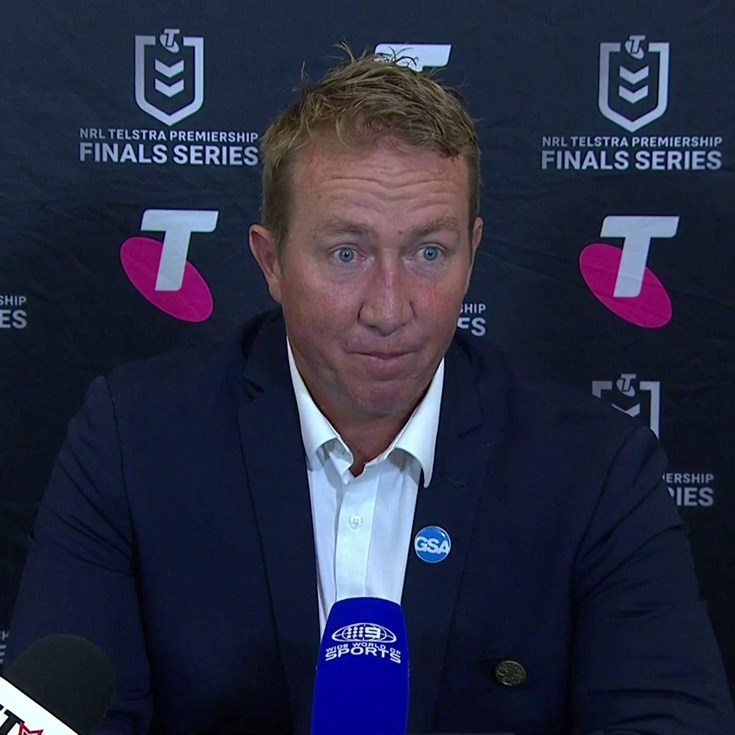 Honour in turmoil: Robinson beaming with pride after year of constant challenges