Warriors captain Roger Tuivasa-Sheck this week instructed his teammates to leave talk about match officials outside the gates at Mount Smart Stadium, with the star fullback determined to avoid it becoming a distraction ahead of their clash with the Canberra Raiders.

The Auckland-based club found themselves on the wrong end of several incorrect calls by match officials in their 24-22 loss to Parramatta last Saturday, which prompted the relegation of all four officials from round 20 Telstra Premiership games.

It adds to a long list of matches this year where the Warriors have been hurt by wrong calls in crucial moments.

But Tuivasa-Sheck said mulling over it now won't help and instead urged his team to focus on the task at hand this Friday night in Auckland.

"That's my role as one of the leaders of the club, to make sure that I get over it myself and then make sure all the boys are focused and on point," Tuivasa-Sheck said.

"[It's about] forgetting it completely, not letting that get too much of our energy.

"The more we focus on what happened before, the more energy that gets zapped from us.

"We are all disappointed, but we are ready to move on. It's been a couple of days now and we are just pumped to get back home and play against the Raiders."

Referees from Warriors match stood down

Now in his third season as the Warriors' captain, Tuivasa-Sheck said he is still trying to work out the best way to deal with referees during a game.

"There's probably an art to it that I am still trying to work my way around… I'm still learning a lot," Tuivasa-Sheck said.

"That part is tough as captain, trying to chat with them, trying to make sure we get a fair call.

While 'RTS' questioned his own performance from a leadership point of view, 10-season veteran Blake Ayshford said the 26-year-old was doing do an exemplary job in difficult circumstances.

"Roger's right up there with one of the top leaders I have been involved with," Ayshford told NRL.com.

"The way he has grown since he's been skipper has been great and he's been awesome for us.

"There's no point in sitting there sulking, because come Friday night if we take that attitude in then the Raiders will put 50 on us."

Ahead of playing fourth-placed Canberra the Warriors look set to be boosted by the return of five-eighth Kodi Nikorima (ankle) and hooker Karl Lawton (shoulder), with the pair taking part in full contact training on Tuesday.

The return of Lawton is particularly timely as the Warriors wait on the outcome of Issac Luke's judiciary hearing on Tuesday night, where he will seek a reduction on a grade-two dangerous throw charge.

Luke faces a two-match ban for the tackle on Eels five-eighth Dylan Brown, but will be free to play if successful in getting a downgrade. 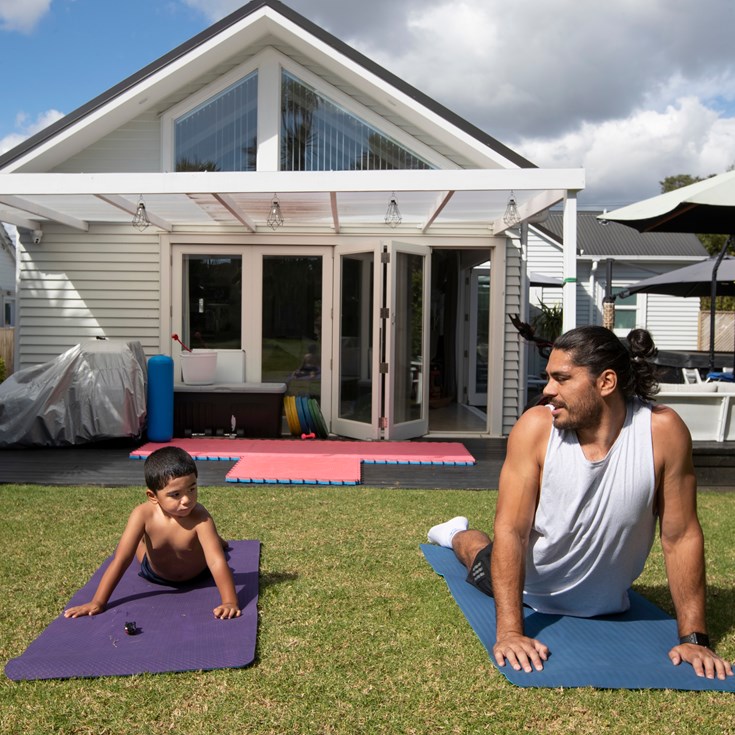 Warriors ready for another Australian lockdown if NRL gets exemptions

RTS confident foot will be OK for kick-off