Blake Ferguson is back to his "annoying self" around Parramatta but there is still no time frame on his return to the paddock after spending three days in intensive care amid fears of kidney failure.

Ferguson was sidelined almost a month ago when an infection picked up playing against Wests Tigers saw him go under the knife for routine knee surgery, at which point the star winger was expected to miss only one game.

But the NSW Origin flyer's toxic reaction to antibiotics used to treat the infection rocked his immune system, his kidneys' ability to function dropping through the floor as doctors kept him under observation.

Ferguson's allergic reaction was particularly unexpected given he has taken the same antibiotics previously with no adverse side-effects.

After three days in the ICU and a new course of treatment Ferguson was back with the Eels rehab group last week, stepping up his workload again as his team-mates prepare to take on Newcastle.

The 29-year-old watched Sunday's win over the Dragons from the sidelines and pestered club staffers throughout the tight contest.

But the club will take no chances with his recovery and are yet to set a comeback date, though the round 22 grudge match against Canterbury looms as a possibility.

In the meantime Brad Takairangi makes for an unexpected, but somewhat similar replacement on the wing, with his 194cm, 108kg frame providing powerful early tackle carries in the win at Kogarah.

The Kiwi international finished with a season-high 161 run metres, prompting coach Brad Arthur to again hand him the No.5 jersey for Saturday's clash with the Knights – where at least 20,000 fans are expected to pack into Bankwest Stadium.

After 10 seasons of first grade including starts as a centre, second-rower and five-eighth, Takairangi was happy to debunk the old theory that wingers don't get up to much following his first game on the flank.

"My lungs were blowing," Takairangi said, fully understanding Ferguson will walk back into the role when fully fit.

"It's a little bit different, to be honest, but I'm just lucky enough that I can play different positions.

"Last week was my first time starting on the wing but it was good fun and I enjoyed it. Positional play is pretty big but I think you're running a few more kilometres.

"Not as many tackles but more running. I enjoyed it and I'm looking forward to improving my game this week.

"I'm just happy to play whatever position the team needs me and at the moment that's on the wing.

"Depending on what happens with injuries, I'm just happy to play wherever Brad needs me."

Takairangi remains off-contract beyond 2019, and knows he is playing for his future with Waqa Blake recently arriving at the club and Michael Jennings also having a one-year Eels offer on the table.

Having been dropped to the Canterbury Cup for three games at the start of June, Takairangi is making up for lost time as far as earning a new deal goes, producing five tries in as many games since returning to the NRL.

"It's my fifth year at Parramatta - my missus and my family love it, I love the club too. Hopefully that works itself out and I can stay here again," he said.

"Every opportunity I get to play, I play as if it's my last game." 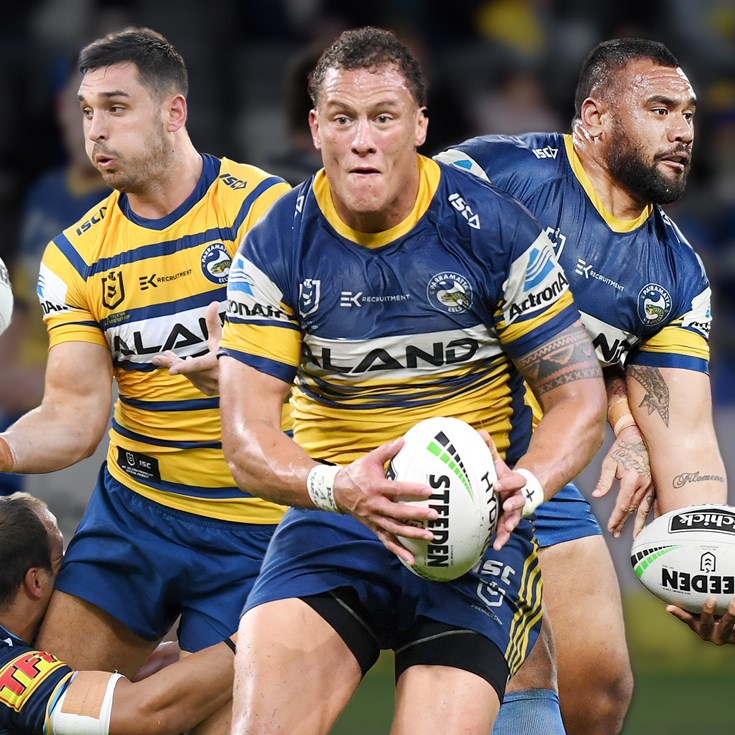