On this day, Nathan Merritt was on fire for the Rabbitohs, Billy Slater called time and suspension cost Joey Johns a shot at a third straight Dally M Medal.

South Sydney complete an undefeated season in first grade and claim premierships in all three grades. The Rabbitohs’ dominance of the first grade competition was so commanding - they won the minor premiership by 10 points - that the League cut short the premiership and brought forward the knockout City Cup competition.

Tyrone Peachey is born in Wellington, NSW. After debuting with the Sharks in 2013, Peachey played 109 games over five seasons with the Panthers before joining the Titans this season. He was chosen for the NSW Origin team in 2018 but wasn't retained for the 2019 series.

Newcastle captain Andrew Johns is suspended for two matches by the NRL judiciary after failing to have a striking charge downgraded. The suspension rules Johns ineligible to win a third consecutive Dally M award.

Winger Nathan Merritt becomes the first Souths player in over 50 years to score five tries in a match when the Rabbitohs hand Parramatta a 56-6 drubbing at ANZ Stadium. Merritt’s haul catapults him to second place on the club’s all-time try-scoring list.

Melbourne Storm fullback Billy Slater announces that he will draw the curtain on his career at the end of the season. “I’d like to thank the game of rugby league – it gave me heroes when I was a boy and a chance to become one myself,” Slater said. “It’s given me opportunity, security, friendship and values. For this I am forever in debt to our game.”

Penrith equal the club’s 2003 record of eight consecutive wins when they account for Canberra 28-12 at Panthers Stadium. Coach Ivan Cleary lands in hot water after fulltime when discussing the performance of match officials. 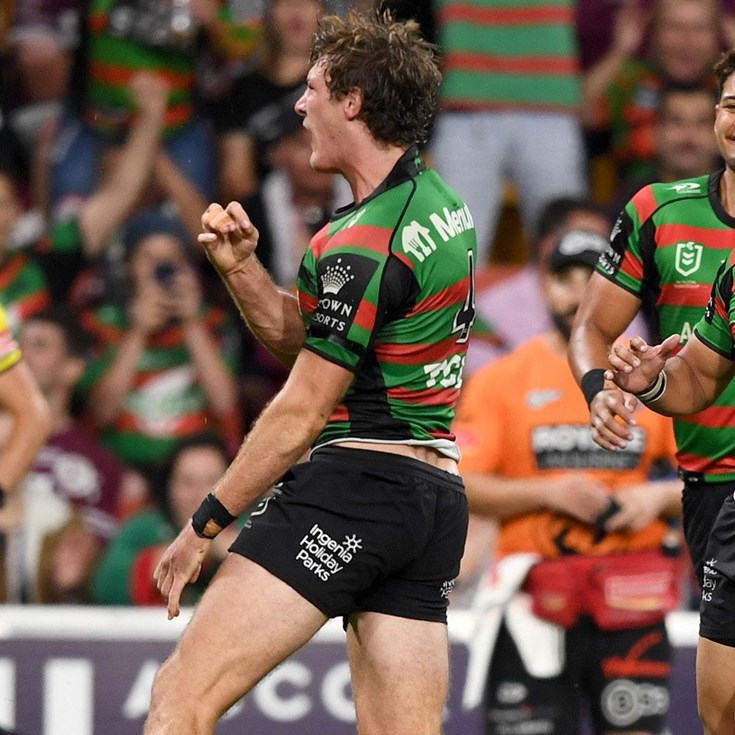