Wests Tigers coach Michael Maguire hasn't ruled out the possibility of Benji Marshall wearing the No.9 jersey next week after a successful stint at hooker against the Knights on Saturday night.

Marshall's 20-minute cameo to start the contest came up trumps for Maguire, who used back-rower Ryan Matterson in the five-eighth role before Josh Reynolds came on to the paddock midway through the first half.

With no Robbie Farah and Jacob Liddle suffering a season-ending injury against the Sea Eagles last week, Marshall's overall effort with five try assists in the 46-4 win couldn't have come at a better time for the joint venture.

His first effort to send Matterson over the line from hooker with a grubber kick was met with a lucky bounce, but the rest of Marshall's creativity completely bamboozled the Knights defensive line.

The Kiwi international indicated it was his idea to approach Maguire earlier in the week and offer his services to pack into the scrum.

"I didn't mind it ... I think it probably helped the team a lot," Marshall said after the clash.

Benji is at it again

"I just wanted to take the sting out of the game, because Josh hadn't played hooker a lot. I thought we played a lot freer tonight, we looked like we were just playing footy."

Maguire was realistic about Marshall's long-term ability in the role given their opposition, Newcastle, had limited ball to run any traffic and test out the veteran defensively to open the game.

He came off the paddock with 15 minutes remaining to "Benji" chants once the scoreboard blew out to a convincing lead.

"Once I didn't have Jacob Liddle and Robbie. I thought Benji would be able to do a bit of a job for us out of dummy half with Ryan Matterson there on the left edge," Maguire said.

"Benj has definitely given me some options there. And I was really pleased for Josh. The way he showed and carried himself right through all the noise that has been around, he has been very professional in that.

"He had some tough times with some injuries in the past two years. He had a run and went straight into it."

The 42-point win keeps the Tigers in the finals race with a clash against the Dragons next week at the SCG looming before they finish the regular season at Leichhardt Oval against Cronulla.

"It's up to us isn't it?" Maguire said of the finals race.

"It's an important week for us. Everyone knows the situation we are at and the players do. The players showed tonight what it means to them.

"We as a group expected to be there. We're not satisfied with where we are. That's not myself that's the playing group. It says a lot about where they are and what they're trying to do here.

"Everyone knows the situation we are at and the players do. The players showed tonight what it means to them." 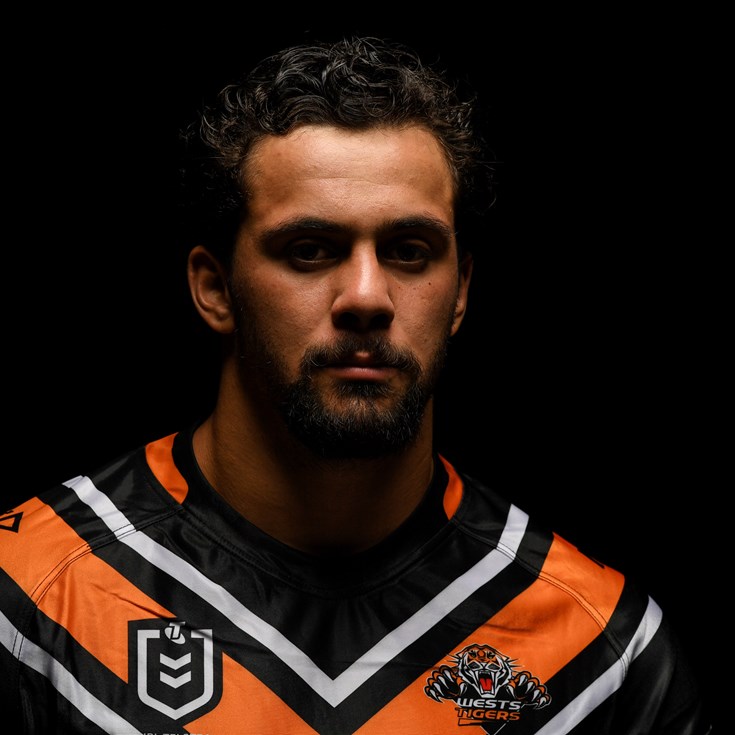 Benji: Constant scrutiny 'can push people to the edge'

Will shorter season mean Marshall plays on in 2021?