Melbourne Storm winger Suliasi Vunivalu believes his team must play smart and get off to a fast start if it is to defeat the Sea Eagles in their top-four showdown on Saturday night.

The league leaders travel to the northern beaches of Sydney looking for their 19th victory of the season and a win at Lottoland over the in-form Sea Eagles will clinch the minor premiership for Craig Bellamy's men.

But they take on a Sea Eagles side that has won five of its past six to catapult into the top four and one of those victories was an impressive 11-10 golden-point triumph over the Storm at AAMI Park last month.

On that night the Sea Eagles opened up a shock 10-0 half-time advantage, before Daly Cherry-Evans kicked the match-winning field goal in the dying stages of extra time to send the Storm to just their third defeat of the season.

While Vunivalu was suspended for that thrilling round 19 contest, the Fijian knows his team cannot afford to give the Sea Eagles a similar head start when they go to battle this weekend.

"I remember that game well because I was watching from the stands," Vunivalu said.

"It was a good game, low scoring and I thought we had it (won).

"This week we have been focusing on our starts and when we start well we can control the game.

"This week we need a good start and be more disciplined as last week (against the Titans) we gave away a lot of penalties."

Versatile back Jahrome Hughes has once again been named to partner Cameron Munster in the halves against the Sea Eagles, with regular halfback Brodie Croft left out of the 17 as Bellamy tries to find the right combination for his side on the eve of the finals.

Vunivalu has been one of Croft’s regular aerial targets on the final tackle this season and the Storm winger hopes he will get similar service from Hughes.

"It’s kind of weird not having Crofty there and Hughesy plays a little bit different," Vunivalu noted.

"We have been trying (some high kicks) in training the last couple of weeks, so whenever it is on I expect Hughesy to pop the ball up.

"I just need to be a bit more disciplined and not take the defender out." 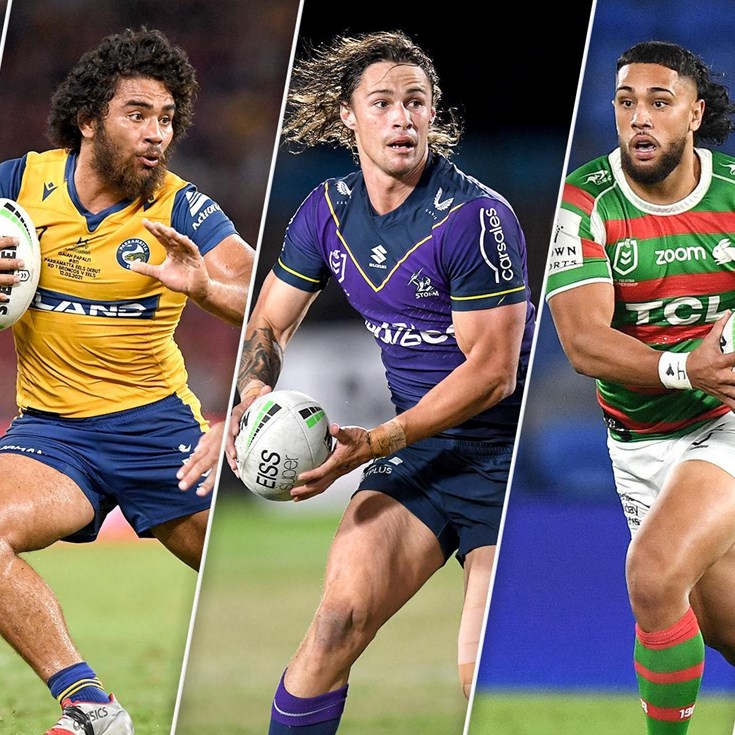 Storm to rest Hughes and Finucane