George Burgess has credited his interest in singing and acting for helping him to cope with a nine-match suspension that threatened to bring a premature finish to his NRL career with South Sydney.

Burgess, who made his return in last Friday night’s opening finals match against the Roosters, recently auditioned for Australia’s Got Talent and has been working on his second movie role in the film Rising Wolf.

The Wigan-bound prop stunned AGT judges Shane Jacobson, Lucy Durack, Manu Feildel and Nicole Scherzinger with his baritone voice but a clash between Burgess’s playing commitments in the NRL finals and the program going to air would have been problematic.

“I sang a Michael Buble song and they were all pretty surprised to see me up there singing,” Burgess said.

“I got four ‘Yes’ votes but in the end I think they had to make some cuts to the final line-up. That’s fine, it’s just the way it is in TV. It was a good experience. Singing is something that I enjoy doing so I might do it again in the future.”

After last year filming the soon to be released Australian movie Locusts, Burgess has also appeared on The All New Monty, while he performed the lead role of Prince Edward in the play Not So Enchanted in February.

Rabbitohs coach Wayne Bennett has encouraged Burgess to pursue his passion for singing and acting after telling the players when he joined the club last November to find an interest outside of the game.

“I missed the three games at the start of the year [due to suspension] so I thought I would use that time to do some stuff in that space and it was a good distraction for me,” Burgess said.

“Obviously it was unfortunate to get another suspension but I tried to use that time to do some more stuff again and it was a good way for me not to get too caught up in my own head about being suspended and this being my last year and all of that. I used it to take my mind off things.”

Burgess’s twin Tom said the 27-year-old forward had shown an interest in performing arts when they were growing up in Yorkshire, alongside brothers Luke and Sam.

“George has always had that creative spark in him, he used to write songs and poems when he was younger. He is a bit of an artist,” said Tom, who has tried his hand at rapping.

“George was always singing in the showers and stuff like that, but he has taken it a bit further now.

“I think it Is good to have a bit of an interest outside ruby league and that is what has brought on his acting this year.

“Wayne is always big on doing something outside of football that we can focus on and at the start of the year he put it to us by saying that he would like everyone in the team to have something on their days off that they can go to or do to take our minds away from footy.

Is Roberts under pressure to perform at Rabbitohs?

“That’s Wayne’s secret to success for so long. He has his farm and that’s what he does, that takes his mind away from it and mentally refreshes him a bit. I think George used that to go and try a bit of acting and singing.”

George said there were comparisons between playing NRL in front of a big crowd and performing for an audience but he didn’t always have the confidence to perform in public.

“It is similar sort of adrenalin buzz [to playing] I suppose but it is a new thing for me going out onto a stage. I have been playing footy all my life,” he said.

George was always singing in the showers and stuff like that, but he has taken it a bit further now

"They are very similar in the way that you have to prepare and you have to do the disciplines.

Among the more than 30 stage productions Lenegan has been involved in was the West End version of One Flew Over the Cuckoo’s Nest, which starred Christian Slater.

“If there are any opportunities over there I would be interested for sure,” said Burgess, who will join Wigan next season on a three-year deal.

“I am enjoying it so it is good for me and it will be a really cool thing to do after footy, if that is possible.” 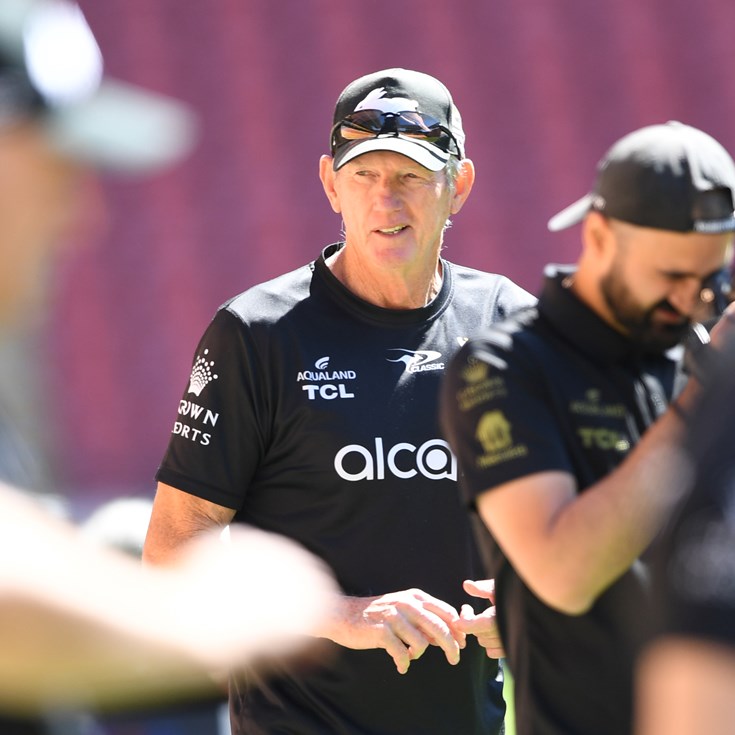