Tom Burgess is drawing inspiration from South Sydney’s historic 2014 campaign as the Rabbitohs attempt to delay the farewell of his twin George and premiership-winning captain John Sutton.

Souths sent star forwards Sam Burgess and Ben Te’o off in style by beating Canterbury in the 2014 grand final, while dual international Lote Tuqiri finished his illustrious career with a premiership ring.

“You draw from your past experiences and it reminds me a little bit of how I was feeling in 2014,” Tom said.

“Sometimes it can be a good motivator for you. When it is getting tough out there, you might look at him and think this might be your last game with him so it can be just a little extra push.”

George is returning to England after signing a three-year deal with Wigan, while Sutton will retire as the most capped player in the history of the 1908 foundation club, as well as skipper of their most recent premiership-winning team.

With Sam returning from suspension to captain the Rabbitohs in Friday’s sudden-death semi-final against Manly, it will be the first time the Burgess brothers have played together since round 13 in Newcastle.

Sam underwent shoulder surgery and complications from the operation as well as a string of minor judiciary charges have limited him to just four appearances since, while George and Tom made their comebacks in last Friday night’s 30-6 qualifying final loss to Sydney Roosters at the SCG.

George served a nine-match suspension for eye-gouging Wests Tigers hooker Robbie Farah and Tom has been sidelined with ankle and knee injuries.

“It has not been ideal this year with certain things but we have found a way to get to where we are now, and we have just got to go now and not look back at what could have been through the year,” Tom said.

“We are here now and we have just got to give it our all each week, and treat each week like a grand final.”

Tom played 30 minutes against the Roosters and with the premiers leading 26-0 when he was thrust into action by Wayne Bennett, his focus was on getting a good hitout ahead of this week’s match.

“I just wanted to do my job on the night, no errors no penalties – that sort of thing – and try to add to the team,” he said.

"Obviously I wanted to try and win the game when I came on but you have got to be realistic as well and I just tried to do my job and get through some work.

"I felt good for that, my lungs are feeling good now and I got some confidence from it.”

NSW Origin forward Cameron Murray said the return of Sam Burgess would go a long way towards helping the Rabbitohs start well and win the battle in the middle against Addin Fonua-Blake and Martin Taupau.

“Sam brings a lot of confidence to the team, even before the whistle gets blown,” Murray said. “He is a leader on the field, when he talks everyone just listens and he leads with his actions too.

“No one is going to be relying too heavily on Sam, we are not a one-person team, but I guess it is just the confidence, experience and leadership that he brings, and his passion and his aggression.” 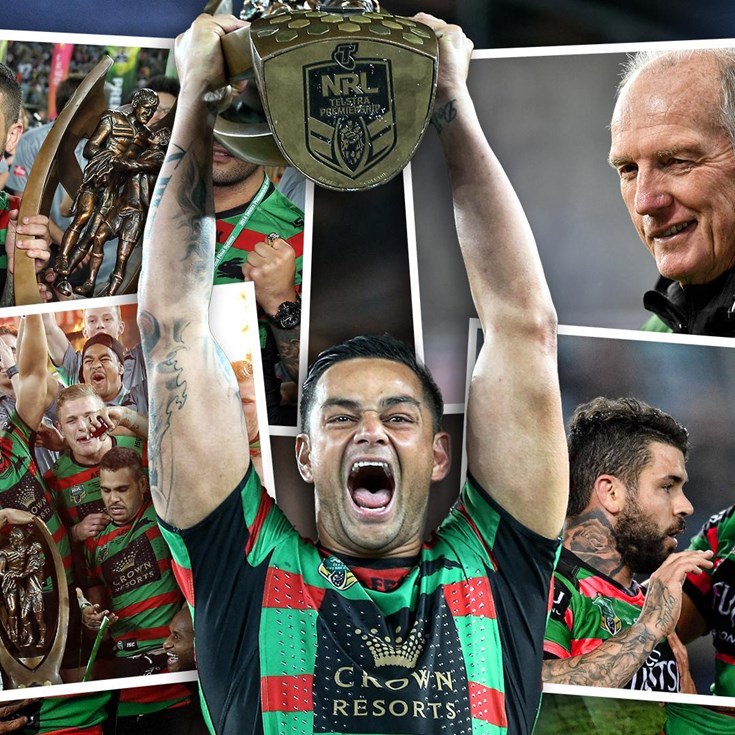 Bunnies lost in the bush: Inside Wayne's brutal intro to Redfern