Fullbacks are taking over from halfbacks as leading contenders for the Dally M Medal with several custodians in the frame to win this year's award.

When Dally M Medal voting went behind closed doors after round 12, Newcastle halfback Mitchell Pearce was the frontrunner.

Since then the likes of James Tedesco, Roger Tuivasa-Sheck, Charnze Nicoll-Klokstad and Clint Gutherson have been at the forefront of their team's fortunes.

With the game's highest individual honour to be awarded on Wednesday, NRL.com has analysed how the contenders have progressed since the leaderboard was hidden away.

Some players continued to fire until the conclusion of the regular season to stay in the race for the Dally M Medal, while others dipped in form.

It's worth noting that Tuivasa-Sheck took out last year's award by polling 29 votes.

The Dally M Medal ceremony will be held at the Hordern Pavilion on Wednesday.

Pearce surged to the top of the pops with five consecutive three-point performances from rounds six to 11. However, the Knights lost nine of their final 12 matches, so the halfback would have found it difficult to build on his tally.

Munster's biggest obstacle to polling Dally M votes has been his teammates, with minor premiers Melbourne having several standout players each week. Still, the Queensland five-eighth was integral to the Storm's run home.

Video kills the Storm star: Why Munster lies to Bellamy

Just as he does from dummy-half, Cook exploded off the mark as South Sydney won 10 out of their first 11 matches under super coach Wayne Bennett. Cook played a key role in NSW's State of Origin series win but the Rabbitohs fell into a mid-year lull that worked against him. But with the side righting the ship with six wins from the final nine regular-season fixtures, Cook can't be discounted.

Incredibly, Taumalolo nabbed a dozen votes in the opening three months of the season despite missing five games with a knee injury. A one-man army at times, it was a hard task for the powerhouse lock to continually pick up points in a team that lost more often than not.

Smith defied age and the doubters to jump out of the blocks spectacularly with the Storm. He remained consistent in the back-end of the year but there was plenty of competition for points as the likes of Munster, Ryan Papenhuyzen and Jahrome Hughes also excelled.

The favourite to be crowned 2019's best and fairest, Tedesco was electric as the Roosters began their title defence strongly. The fullback was the pick of the bunch in NSW's series victory against Queensland and brought that scintillating form back to clubland. In Tedesco's favour was that several of his high-profile teammates were sidelined for chunks of the season due to injury.

The rewards for an off-season of soul-searching and hard work were immediately evident for Moses, with the halfback helping Parramatta to a solid start to the year. Moses marshalled the Eels into the top eight while he finished atop the competition for try assists, underlining his playmaking dominance.

Walker was arguably the NRL's hottest player to start the season, scoring a league-high 11 tries in the first 10 matches. The pivot's efforts demanded NSW Origin selection but a lacklustre showing in the series-opener resulted in his axing from the side. Walker showed glimpses but couldn't fully recapture his stunning best for South Sydney afterwards.

Gutherson sizzled in the first part of the season, avoiding the distraction of the contract talk that loudened with every good performance. The skilful fullback didn't quite replicate his early brilliance after round 12 but that's not to say the Parramatta captain wasn't extremely reliable and valuable.

With Cronulla hammered by injuries, the composed Townsend stood up to keep the Sharks above water until the troops came back. However, Cronulla's inconsistency through the middle of the year, including five straight losses from rounds 14 to 18, hurt the halfback's chances of receiving points.

Burgess battled with injury concerns late in the year, while the damaging Haas was hampered by the Broncos' patchiness.

There wasn't much of a gap between Nicoll-Klokstad's best and worst games but he had a horde of Raiders players to fight against for points.

Positioned just outside the top 10 when voting went private, Murray only improved after his maiden State of Origin campaign with NSW to storm into Dally M calculations.

While Tuivasa-Sheck has statistically bettered his Dally M-winning campaign, the Warriors' poor output overall may have cruelled his opportunity to claim back-to-back Medals. 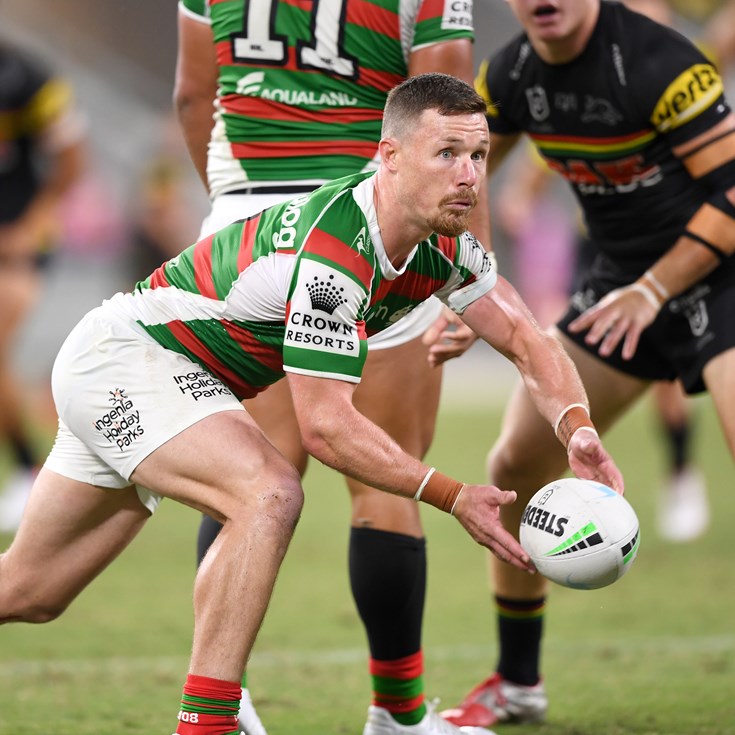