Australian players Craig and Cory Cannane will create wheelchair rugby league history next month as the first father-son duo to grace the international stage together.

The Cannanes, who play alongside one another for the St George Illawarra Dragons and NSW, were named in the 10-man squad to face England in a two-Test series after a training camp last weekend.

For wheelchair-bound Craig, 46, it's an incredibly proud moment with able-bodied Cory to finally make his Wheelaroos debut.

"We tried to make it happen in 2017 when I went to the World Cup but unfortunately he was selected as a shadow player," Craig told NRL.com.

"Our goal was set from there. He was pretty disappointed and we worked hard to get to where we are today."

Craig has been an L1 incomplete paraplegic since 1992 following a motorbike accident.

He applied himself to wheelchair basketball - playing in the national league for 23 years and earning Australian selection - but returned to his first sporting love when wheelchair rugby league competitions took off down under in 2011.

"The passion came back from playing that in my childhood [so] I changed my game," Craig said,

"I still go out and play a bit of basketball here and there now, just socially, but my passion is with wheelchair rugby league."

After his dad travelled to the 2013 Wheelchair Rugby League World Cup in England, Cory felt the itch to have a crack.

As Craig explained, the 23-year-old had unknowingly trained for the challenge earlier in life.

"He grew up with a father in a wheelchair – I used to go and lay down on the lounge, wake up and the chair would be gone. He'd be out on the streets mucking around with it," Craig said.

"He adapted to my chair. When he hopped into the game and took it on, the chair skills were already there. I just had to give him the knowledge of wheelchair rugby league."

The statistics show Cory is a fast learner, having been the top try-scorer in the New South Wales Wheelchair Rugby League two years straight.

He was also NSW's Most Valuable Player in their State of Origin success earlier in the year and claimed the same honour this season for St George Illawarra.

"He took it on with a passion, we both did, and that's why we've been successful," said Craig.

The Cannanes have featured in four premierships at the Dragons (Craig won another title without Cory) and have thrice played in the same City team against Country for two wins.

And while Craig is the veteran player, he admitted Cory has the edge in one department.

Wheelaroos coach Brett Clark said the father-son pairing caters to both ends of the spectrum.

"You've got the experience as well as the young talent and the enthusiastic nature," Clark told NRL.com.

"Cory is definitely one of the benchmark players of our game currently, especially in the able-bodied space. And then you've got Craig who's played many years of multiple wheelchair-based sports."

The upcoming two-Test series, with matches to be held in Liverpool on October 21 and Wollongong on the 23rd, presents a golden chance ahead of the 2021 World Cup.

The Wheelaroos finished third at the 2017 World Cup, with England coming in second to tournament hosts France.

"England dominate the game with the French. They get to play each other every year, so at the international level they've got the upper hand on us," Craig said.

The Cannanes have been studying up on their opponents in readiness for the series.

"I've been there and I know what they're like. We've watched plenty of videos together and Cory is really keen to get out there and do some stuff with me," Craig said.

"Hopefully we combine the same way we have for so many years now. I'd like to thank rugby league for taking on our inclusive sport which allows disabled and able-body people to play alongside each other and made it possible for me and my son." 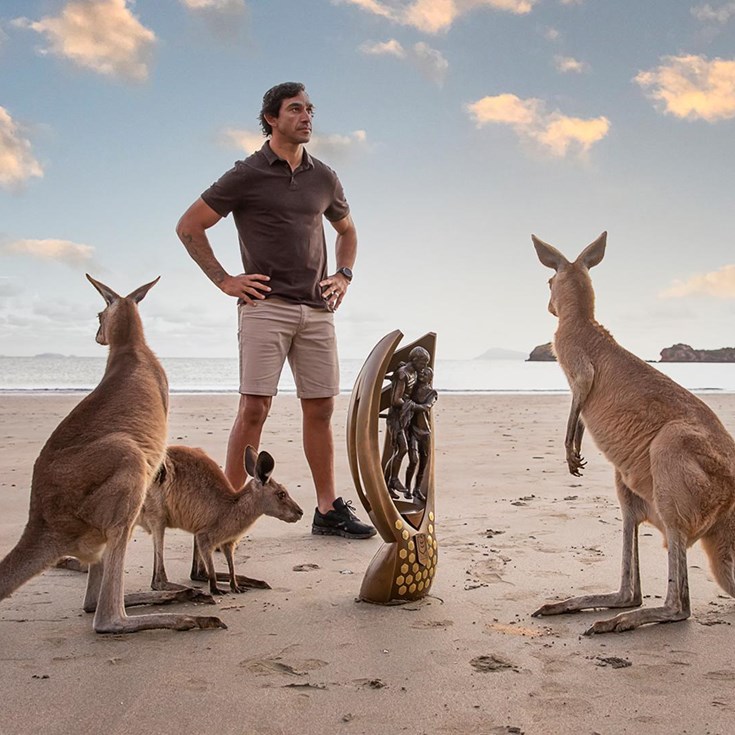