Twenty-five years ago the Raiders dominated the 1994 Kangaroos touring party yet the 2019 Green Machine has the potential to fuel a separate international resurgence.

Historically teams who have progressed through to the Telstra Premiership Grand Final have seen their in-form players rewarded with Australian representative honours in end-of-season Tests, with Roosters trio Luke Keary, James Tedesco and Latrell Mitchell earning debut Test call-ups after their team's grand final win over Melbourne 12 months ago.

In 1994 Clive Churchill Medal winner David Furner was the selection bolter who joined Mal Meninga, Laurie Daley, Brad Clyde, Brett Mullins, Ricky Stuart and Steve Walters as premiership-winning Raiders who toured Great Britain and France but according to Kangaroos legend and Immortal Wally Lewis, it's not Australia who will benefit most from this year's NRL decider.

The English influence of Josh Hodgson, Elliott Whitehead and John Bateman has been a regularly repeated storyline within Canberra's march to the grand final and Lewis has no doubt it will transfer to more confident England and Great Britain teams in the near future.

From late October the Great Britain team coached by Wayne Bennett will play Tests against Tonga, New Zealand and Papua New Guinea and next year the Kangaroos will embark on their first tour of Great Britain since 2003.

No longer the Burgesses versus the world, Lewis is adamant that Canberra's success this season will transfer across to the English representative teams leading into the 2021 World Cup in the UK.

"They have done England proud with their performances and while I'm looking forward to the grand final I can't wait to see them don the jersey for Great Britain at the end of the year," Lewis told NRL.com.

"The belief that they are virtually guaranteed to instil in that Great Britain team will be something that must be treated with the ultimate respect.

"As much as anything else they will inspire each other and the guys that perhaps haven't reached that level yet to come up with a performance that they will remember long after their career is finished."

A member of the 1982 and 1986 Kangaroo Tours, Lewis captained Australia in mid-week matches against the likes of Barrow, Leigh and Wales and said while aggression was always part of their game, the modern English players have a far more developed skill set.

"Aggression was always a part of their game. The Poms were always regarded as talented offloaders and then they became very aggressive," Lewis recalled.

"There seemed to be more interest in bashing you than beating you but these blokes have really excelled in the competitive nature of the game.

"I don't care what club that you support, anybody that says they haven't been impressed by the performance of these blokes are telling a porky or two or they're simply hard markers who don't like Englishmen.

"I love watching Josh Hodgson play because of the way that he just competes. He doesn't give up and what he does as much as anything else out there is display that will to win that inspires his teammates and shares that belief that they're never beaten.

"The competitive nature that he's displayed since he got here has been quite remarkable."

Impressed by the way in which Ricky Stuart's men have played all season, Lewis has no doubt that the quality of their English imports has elevated them to a level many doubted they were capable of reaching.

Hodgson: My head was fine, it was my jaw

"Once upon a time you'd be doing it pretty tough to find a spot for an Englishman in your side but the blokes that they've got on board are quite extraordinary," said Lewis.

"They're seasoned professionals who are still young men and who seem to be getting bigger and bolder in every performance.

"The Raiders have been extraordinary in achieving a spot in the grand final. They've played the most entertaining, attacking, aggressive football that's been on show for quite some time.

"Without being disrespectful, they've probably surprised themselves in some respects.

"To display that total trust in yourself and your teammates is the planned outcome but if you are able to produce that week after week, all of a sudden you start to realise that maybe you're a bit better than you thought." 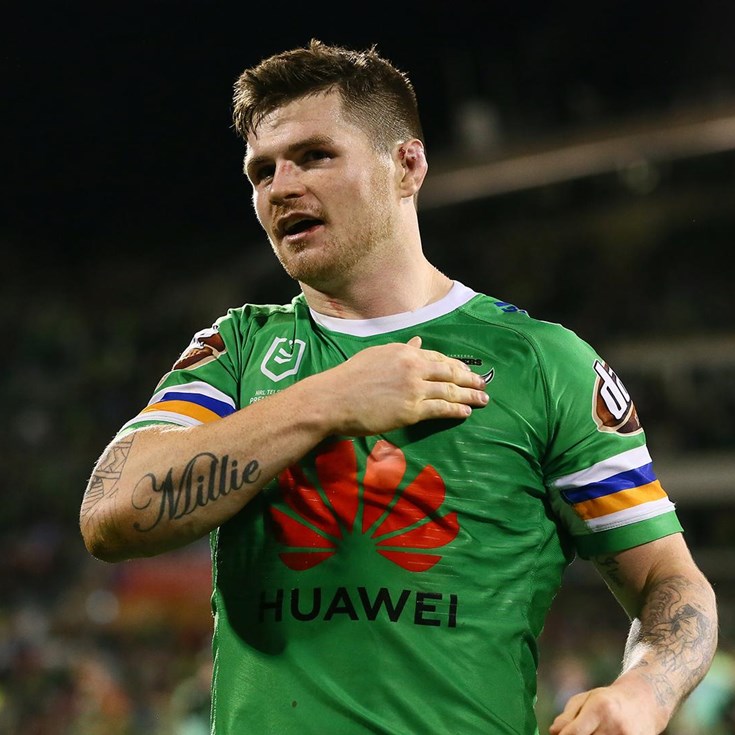