On this day, teen idol Greg Inglis bursts onto the Test scene, fans rally in their thousands to try and save the Rabbitohs and a broom goes through the Brisbane Broncos.

Australia have three players sent off as they account for Wakefield 36-18 at Belle Vue. One player, Mark Carroll is fined, the others are exonerated.

Auckland Warriors confirm their home ground will be Mt Smart Stadium and not Carlaw Park.

The Brisbane Broncos make significant changes to their personnel, with Kerrod Walters and Willie Carne released and the futures of Michael Hancock and Alan Cann uncertain.

The biggest sporting protest rally in Sydney’s history proves an resounding success for South Sydney in their fight against the NRL. Crowd estimates vary from 20,000 to 50,000.

The New Zealand Rugby League confirms it has formed a joint venture with millionaire racehorse owner Eric Watson to take over the licence of the Auckland Warriors.

The Australian Rugby League board calls off the Kangaroo tour, revealing that 12 members of the 24-man squad said they were unwilling to make the trip in light of the uncertainty of world events. ARL chairman Colin Love says the tour will be postponed for 12 months. The decision is blasted by English media and league authorities.

The ARL abandon plans to stage an exhibition match in New York due to the $250,000 cost of hiring Yankees Stadium. The December 1 clash is rescheduled for Franklin Field, Philadelphia.

The Wests Tigers prevent hooker Robbie Farah from representing Lebanon because of the club’s failure to reach the finals.

Speculation over the playing future of Roosters star Sonny Bill Williams intensifies when he is filmed at lunch with New Zealand rugby union officials. Roosters management insist they remain hopeful of retaining their No.1 drawcard.

After being released from hospital where he underwent surgery to have four metal plates inserted in his face, Sam Burgess attends the Rabbitohs’ best and fairest awards where he collects the George Piggins Medal for player of the year. Burgess suffered the facial injury in the first tackle of the 2014 grand final against the Bulldogs but bravely played on to lead Souths to a drought-breaking premiership. 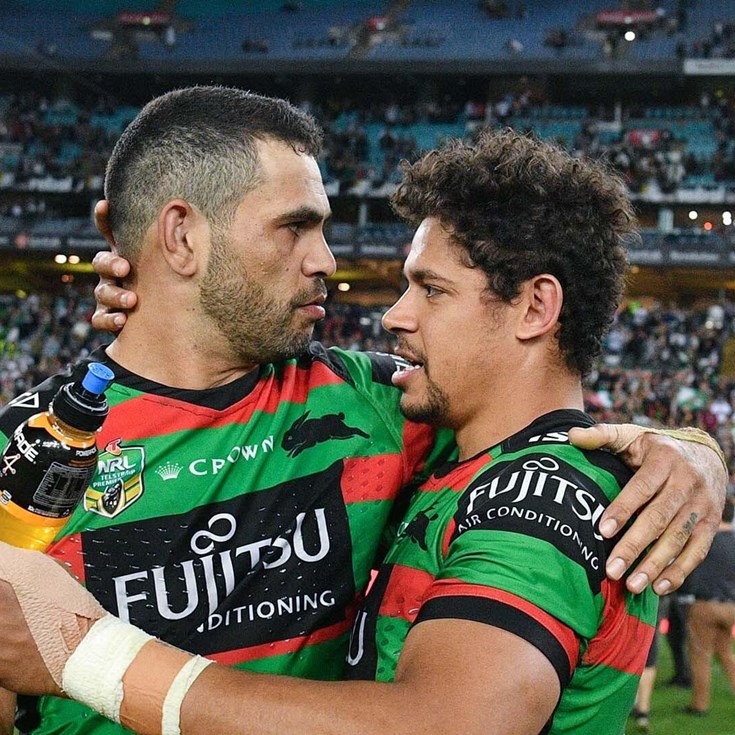