It’s been dubbed the Pacific Pool but it could just as well be the Pool of Death.

Pool C, featuring Samoa and Tonga, Fiji and Cook Islands, is set to be the most hotly contested men's pool of the World Cup 9s with every match having an impact on which nation qualifies for the semi-finals.

Samoa and Tonga share one of the game's greatest international rivalries, Fiji has made it to the semi-finals of the past three World Cups and Cook Islands are on the verge of winning a berth at the 2021 tournament.

With no quarter-final stage at the inaugural World Cup Nines, every match is going to have a bearing on which teams make it through to the semi-finals of the 12-nation men's tournament, while the top two sides from the women’s pool will meet again in the final.

The Kangaroos and Kiwis have selected star studded line-ups, with powerful forwards and speed to burn outwide.

For Australia, the likes of Cody Walker, Mitchell Moses, Kalyn Ponga, Josh Addo-Carr and Ryan Papenhuyzen should revel with the extra space in Nines, while Wade Graham, David Fifita, Jai Arrow and Tyson Frizell will be hard for the New Zealand defence to contain.

The Kiwis have just as much attacking flair through Shaun Johnson, Kodi Nikorima, Dylan Brown, Charnze Nichol-Klokstad and Ken Maumalo.

Both Tonga and Fiji qualified for the 2017 World Cup semi-finals and this match could decide which of the island nations repeats that feat here.

Fiji have an impressive squad led by Kevin Naiqama and featuring the likes of Suliasi Vunivalu, Maika Sivo, Villiam Kikau and Apisau Koroisau, who should all be suited to the Nines format.

However, it is likely to be a case of Fiji’s backs versus Tonga's powerhouse forward pack, which includes Jason Taumalolo, Andrew Fifita, Joe Ofahengaue and Tevita Pangai jnr.

England are likely to be aiming to secure a semi-final berth by beating France but les Chanticleers will have other ideas.

How the inaugural Rugby League World Cup 9s will work

This one never fails. Samoa and Tonga clashes have a passion like few other games and both teams will be desperate to win this match as it could decide which side finishes top of the pool.

Samoa have named a strong squad, with Samoa boasting the likes of Joey and Luciano Leilua, Danny Levi, Jarome Luai and Jorge Taufua, whole Tonga are a mixture of experience and youth.

Tonga forwards Jason Taumalolo, Andrew Fifita, Joe Ofahengaue and Tevita Pangai jnr should revel in a nine-a-side game, while John Asiata is set to become one of the biggest playmakers at the Nines.

McGregor back in green and gold for World Cup Nines

With the top two women's teams advancing to the final, this game is expected to decide one of those spots.

New Zealand will be buoyed by the return of Honey Hireme, who missed the Warriors NRLW campaign to care for her late mother, while St George Illawarra forward Tueila Fotu-Moala will be champing at the bit after being suspended for the final three matches for a crusher tackle in the opening round.

England have been building since the 2017 World Cup after the introduction of a Super League competition and their squad includes Castleford and Leeds players who featured in Saturday’s grand final. 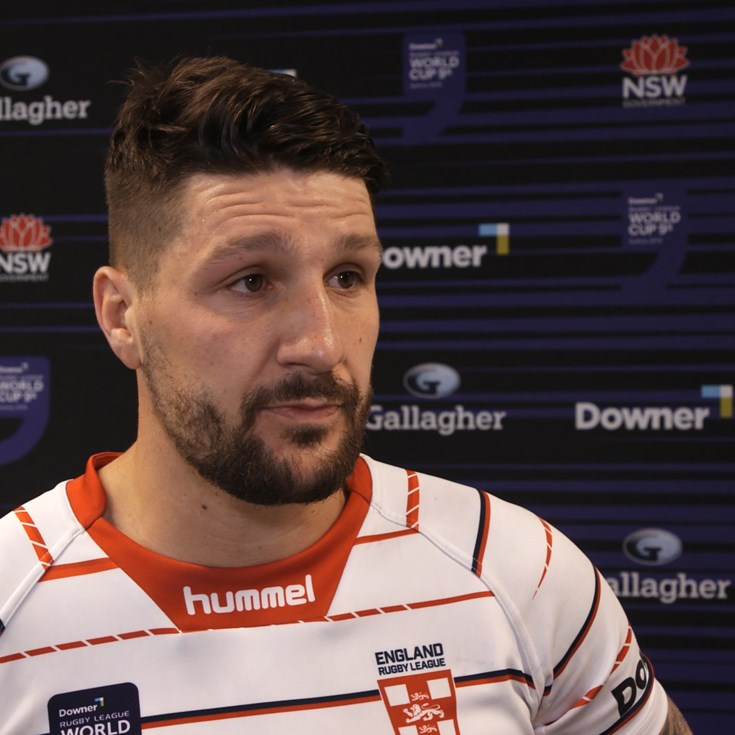 Tonga look ahead to Tests after early 9s exit

Jillaroos out to make amends against Kiwi Ferns