The mercurial Cliff Lyons was born on October 19, 1961. One of the most gifted ball-players of his generation, Lyons formed a legendary combination with Steve Menzies at Manly, laying on countless tries for the 'Beaver'.

One of Queensland's favourite sons Dale Shearer signs with the South Queensland Crushers for their inaugural season in 1995. The former Manly, Brisbane and Gold Coast star would play 10 games for the Crushers in '95 before stints with Sydney City and North Queensland to round out his career.

Penrith star Craig Gower declares himself no chance to tour with the Kangaroos because of the knee injury sustained in the Test against Papua New Guinea.

The ARL launches a formal complaint over the selection of Mt Isa-born halfback Nathan Fien in the New Zealand squad for the second Tri-Nations game. ARL chief executive Geoff Carr demands to see the birth certificate of Fien’s New Zealand-born grandmother. The Kiwis comply and although there are irregularities, Carr says he is powerless to act. “Who are we to argue?” he says.

Cronulla captain Paul Gallen re-signs with the club until the end of 2015, meaning he is likely to play out his career with the Sharks. The one-club stalwart would go on to play 348 games for Cronulla, retiring at the end of the 2019 season when the Sharks bowed out to Manly in the semis.

The Brisbane Broncos emerge as the surprise new home for Benji Marshall after it is revealed that Marshall has been in negotiations with the club over a one-year deal. The 31-year-old signs for a figure reported to be “only slightly above” the game’s minimum wave on October 21.

Injury-plagued Jamal Idris announces his retirement from the game at the age of 27. A former Dally M rookie of the year, Idris played with Canterbury, Gold Coast, Penrith and Wests Tigers and played one Origin for NSW and one Test for Australia.

Australia claim victory in the final of the World Nines with a 24-10 win over New Zealand. The Kiwi Ferns take out the women’s competition with a 17-15 victory over the Jillaroos. The final day of action at Bankwest Stadium draws a crowd of 15,684. 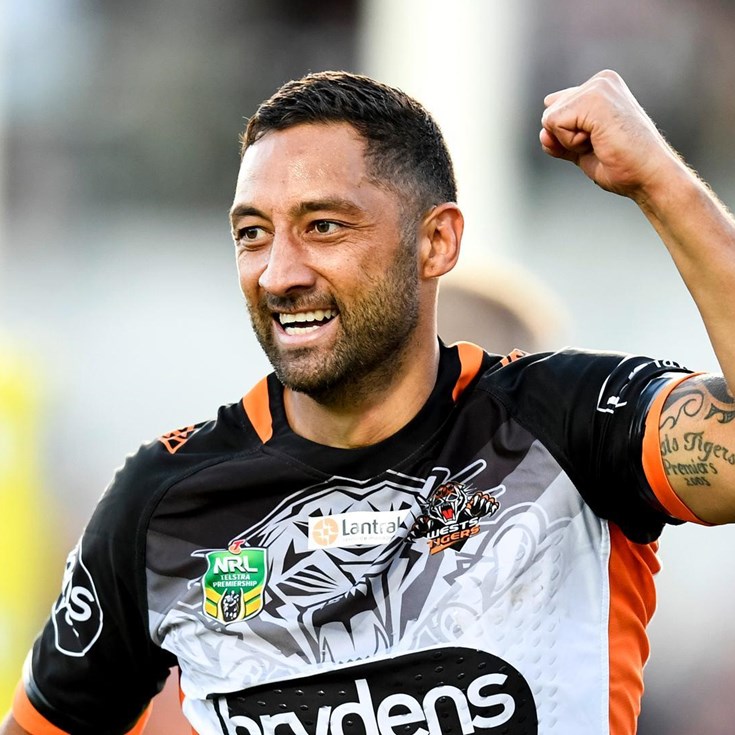 Attacking force of nature: Benji's amazing career by the numbers