Here is all you need to know about the Penrith Panthers' 2020 Telstra Premiership draw.

The Panthers get to play all three of 2019's best sides in the opening five rounds, starting the season against the premiers, with games against the Storm and Raiders plus the Broncos inside the first five weeks. On the upside, four of their first six games are at home.

Roosters (Round 1, Panthers Stadium): One club won the comp, one team missed the finals, but if you measured Penrith's season by how they fared against the best, they went pretty well: an upset 19-10 win in round 13 then a 22-6 loss that was probably closer than the scoreboard suggested as they Roosters were heating up heading into the finals. Penrith have mostly fared pretty well against one of the decade's standout sides and an early win against the back-to-back champs would be a huge confidence boost. And there's a double dose of good news for Panther fans: the test against the best comes nice and early in round one before the Roosters hit their straps, plus it's a home game with no return clash at the SCG.

Wests Tigers (Round 6, Panthers Stadium, Round 14, Bankwest Stadium): OK the real acrimony was last year when Ivan Cleary faced off against his former club for the first time but don't pretend there isn't still a ton of feeling there about how the relationship ended. Penrith somehow clawed out a one-point win over the Tigers early in the year but it was their thumping Magic Round loss that was close to the nadir of a disappointing season. The first meeting of 2020 will be on home turf in round six before the Tigers get hosting duties in round 14.

Knights (Round 7, McDonald Jones Stadium; Round 13, Panthers Stadium): Penrith's most recent game was that round 25 trouncing of a sorry Knights outfit which at least allows them to carry some happy memories into off-season training. Halfback Nathan Cleary was irrepressible in that 54-10 win and he'll be out to run rings around the Knights again in the Hunter in round seven.

Eels (Round 11, Bankwest Stadium; Round 25, Panthers Stadium): There's no question Penrith loves it when Parra comes to town – in part because you can guarantee a bumper crowd of passionate Panthers fans desperate for a win over their western Sydney rivals. It was their dour away win against the Eels that finally kick-started Penrith's mid-season winning run in 2019. They travel to Bankwest in round 11 and if Ivan Cleary's men are thereabouts at the business end of the season, their round 25 meeting at Panthers Stadium will be absolutely massive.

Warriors (Round 20, Mt Smart Stadium): A 30-10 loss to the Warriors in round 10 on the back of the aforementioned Magic Round humiliation turned out to be the catalyst for for a revival which saw the Panthers win seven in a row between round 11-18. Clashes between Ivan Cleary's former club and his current club always seem to provide something extra whacky and a golden-point win in Auckland just five weeks after the round 10 loss was one of Penrith's more impressive moments of 2019. There's just one meeting in 2020 and it's across the ditch in round 20.

It's definitely the start, especially since Penrith don't have to play the Roosters or Storm a second time once they get it out of the way early. No other run in Penrith's draw looks nearly as tough as the first five weeks but the next trickiest would be a four-week run towards the end of the rep period with Manly, Brisbane, Cronulla and Souths in consecutive games.

Routine should be easy for Cleary's men in 2020 – they get a whopping 11 Sunday games including seven in a row from round five. They also leave Sydney just twice in the last 15 rounds. 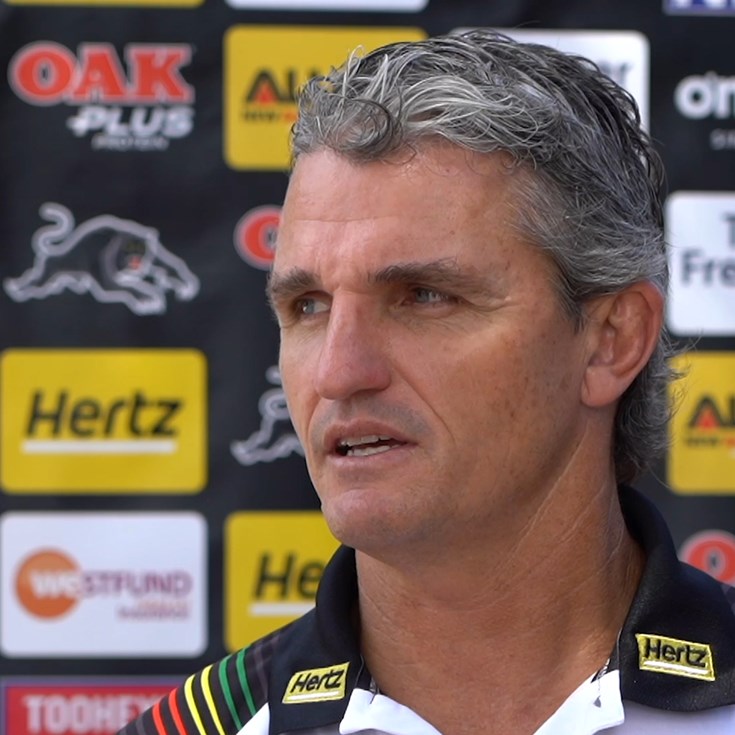 Why Panthers need to stop relying so much on Kikau

'He can play anywhere': Cleary backs May for utility role