Manly routinely defied the odds in coach Des Hasler's return season and may well have pushed for the title if not for a heavy injury toll at the business end.

Even without superstar fullback Tom Trbojevic and key forwards Curtis Sironen and Joel Thompson, the Sea Eagles only narrowly and controversially lost to the Rabbitohs in week two of the finals.

However, Manly's year was a success by anyone's calculations given they finished second-last in 2018 and were largely discounted before the '19 campaign.

After a season in the coaching wilderness following his sacking from Canterbury, Hasler proved he's still an elite mentor as he moulded a squad filled with discards and fringe players into a genuine force.

Manly turned Lottoland into a fortress once more, dropping just three matches at the Brookvale venue – against champions the Roosters (round two), Gold Coast (round 11) and minor premiers Melbourne (round 24).

Their other "home" loss was to Brisbane at Suncorp Stadium in Magic Round. They took another home game on the road in round three, beating the Warriors in Christchurch.

Manly were no slouches away, either, with arguably their finest performance being a thrilling 11-10 golden point win over rivals the Storm at the daunting AAMI Park.

Sea Eagles prop Addin Fonua-Blake enjoyed a career-best season and that was reflected in his enormous post-contact metre statistics.

Topping his team's overall PCM count, Fonua-Blake also ranked fifth in the competition with 1253. Brisbane's Payne Haas (1438) had the most.

But Fonua-Blake came in first for PCM per run – driving the legs for an extra 4.25 metres on average.

Thirty-four of Manly's 84 tries (40%) were scored in the right and centre-right channels.

Rookie winger Reuben Garrick was the go-to man on the right edge, bagging a team-high 16 tries.

The Sea Eagles registered 30 down the left and centre-left channels and 20 through the middle.

While Manly's right edge was potent in attack, it also proved their defensive weakness.

They conceded 42 of their 75 tries (56%) down the right and centre-right channels, with Reuben Garrick responsible for the most try causes (26).

The Sea Eagles leaked 20 tries in the left and centre-left channels and 13 in the middle.

Versatile outside back Brendan Elliot (22) had the second-most try causes.

The figure isn't as concerning as it may sound, however, given they were pinged 175 times in the regular season.

Curtis Sironen and Jake Trbojevic (22) gave away the equal-most penalties for the side. Sironen's 13 play-the-ball infringements earned him the unwanted honour of being equal-fourth in the competition.

Manly threw the third-most offloads in the regular season (298) behind Canterbury and Parramatta – and they also ranked third for overall metres gained from offloads behind those clubs with 1854 (77.3 per game).

Hooker Manase Fainu made the most metres in the run following an offload (247.4) and also effectively promoted the ball to teammates, with 281.1 metres being collected from his offloads.

The Sea Eagles' goal-kicking performance had no bearing on their sixth-place finish. However, had every team had a perfect goal-kicking record, they would have slipped to seventh.

Tom Trbojevic went to another level in 2019 and his round 14 display against the Dragons was evidence that he's at the very peak of the game.

Trbojevic's 314 running metres that day is the fourth-most on record in a single game.

But, remarkably, it wasn't the highest total in the season, with Roger Tuivasa-Sheck racking up 368m against the Broncos in round 17 to claim the No.1 all-time spot.

Despite their casualty ward bursting by season's end, the Sea Eagles used only 27 players. Canberra, Wests Tigers and Cronulla (26) deployed the least.

Attacking and defending inside 20m

Manly averaged a try every 10.7 play-the-balls in the opposition's 20-metre zone (equal 10th in competition).

They were resolute when defending their own line, conceding a try every 12.7 plays in their 20 metres (equal fourth). 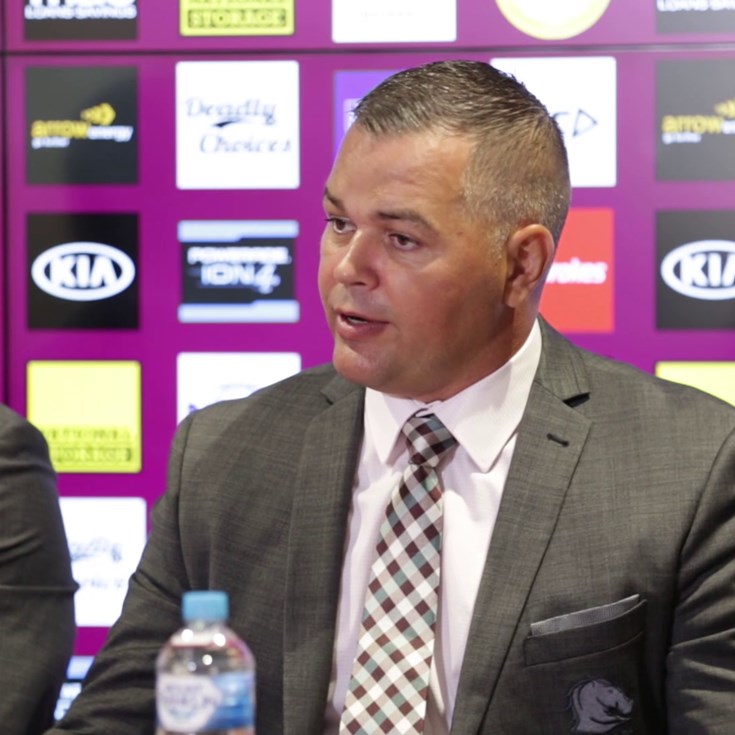 Rabbitohs Stat to Fix: Crank up the offloads