Blues coach Brad Fittler said star fullback James Tedesco is out of a knee brace but won't join NSW camp until Friday as he rehabs a knee injury.

Speaking on Monday, Fittler was not overly concerned Tedesco would miss the match.

Ove the balance of this week, his recovery will be managed by Roosters medical staff.

Panthers hooker Api Koroisau said he would be sweet to take his place in Sunday's grand final despite being forced off during the preliminary final win over Souths.

Koroisau, who left the field in the second half clutching at his shoulder and neck, said there was no serious damage and the Panthers are set to be at full strength for the showdown with the Storm with second-rower Viliame Kikau available again after serving a one-game ban.

The Melbourne Storm have confirmed their team came through Friday night's preliminary final injury-free, with the playing squad ready to back up for next week's grand final.

Defending premiers the Broncos finished their grand final dress rehearsal against the Roosters with a clean bill of health but they did give skipper Ali Brigginshaw and star fullback Tamika Upton a rest in the closing stages.

The rugby sevens star has commenced a recovery program and will remain with the Roosters NRLW squad in a support role.

Cronulla forward Siosifa Talakai has undergone shoulder surgery and will join teammates Shaun Johnson (Achilles - May) and Royce Hunt (knee - May) in the club's rehab group in the off-season.

Talakai could miss the opening rounds of next season.

In better news for the club, Blayke Brailey underwent surgery for a syndesmosis injury but is expected to be available for 2021 trials.

With their season done, at this stage, the Titans shouldn't have any players in doubt for the start of 2021 due to injuries.

Knights star Kalyn Ponga will undergo shoulder surgery in the coming weeks and will miss the 2020 State of Origin series.

Cowboys skipper Michael Morgan ruled himself out of the 2020 State of Origin series following a calf injury. 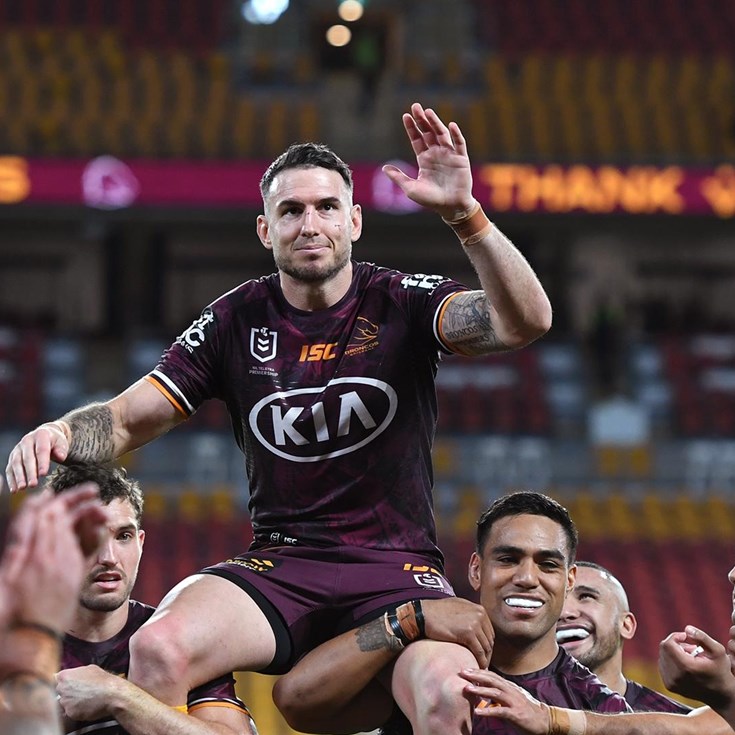 Everything you need to know: NRL, NRLW grand final 2020

Keys to six-cess: The creative threats of Luai and Munster