Canberra have given recruit Curtis Scott the rest of this week off training following the Australia Day arrest that leaves his immediate playing future in doubt.

Scott had been scheduled to return to Raiders HQ with the rest of Ricky Stuart's squad on Wednesday after an extended long weekend break.

But with the 22-year-old facing six charges, including allegedly assaulting a police officer, Canberra have granted Scott leave from training until at least next Monday.

The new Raiders centre was not in line to represent the club at the NRL Nines in Perth on February 14 and 15, and will appear at the Downing Centre Local Court on February 20 to answer multiple charges from his arrest in the early hours of Monday morning.

Canberra's only pre-season trial against Canterbury is on February 29 in Port Macquarie.

The NRL Integrity Unit is continuing to investigate the incident in conjunction with NSW Police, who allege Scott kicked and punched an officer after being found passed out near the SCG precinct.

NRL CEO Todd Greenberg has the discretionary power to suspend a player but no call is expected this week on Scott's immediate future.

The rest of Canberra's squad returned to training on Wednesday.

No other players are facing disciplinary action after spending the weekend in Sydney with Scott, who is understood to have separated from his teammates well before the incident.

Meanwhile, the club is unlikely to hit the market for an outside back despite Scott's clouded future and the release of Joey Leilua to Wests Tigers earlier in the week.

Rabbitohs utility Adam Doueihi is on the lookout for a new club but the back-ended nature of his two-year deal is likely to rule the Raiders out of pursuing him.

Doueihi is understood to have told his South Sydney teammates on Wednesday morning that his time at the Rabbitohs was over, though he was still unsure of where he would be playing in 2020.

The Wests Tigers remain a viable option for the 22-year-old given he offers cover at fullback, centre and in the halves, but negotiations with Souths have stalled around how much the Rabbitohs kick in for his salary this year.

Canberra's roster priority remains the retention of gun trio Jack Wighton, Jarrod Croker and Nick Cotric, with meetings with each of their agents set down for next week.

The Raiders' tight 2021 salary cap situation prompted Leilua's exit and is expected to be stretched by new deals for their captain and representative stars. 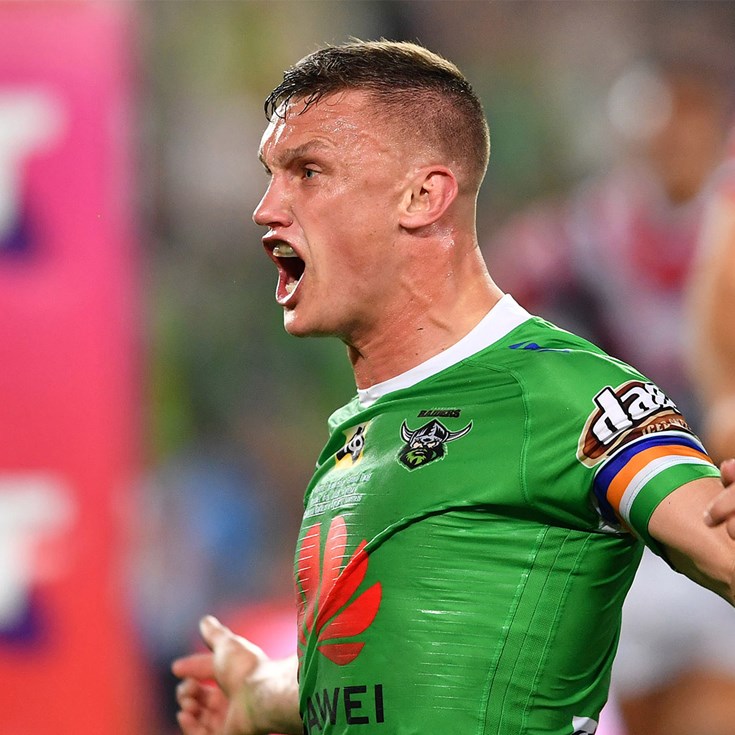 Rebellious to respected: The nous that Jack built

Whitehead has his eyes opened on bushfire trip

Curtis Scott pleads not guilty to charges from incident with police