Returning NRLW star Sam Bremner feels vindicated by her decision to turn down a shot at being part of the Australian Rugby Sevens team that won Olympic gold in 2016.

Ahead of her return to action after having become a mother for the first time in 2019 at the NRL Nines, Bremner is thrilled with where the women's game sits on the sporting landscape.

Bremner, who was named a St George Illawarra co-captain for the Perth event, is returning to a game that has made great leaps forward in recent seasons.

"Years ago, if I was to put my goals down, I pictured myself being here," Bremner said.

"I wanted to play, I wanted to have a family, then I wanted to come back and I wanted my baby and my family to watch me play. Now it's happened, I'm pinching myself."

In 2013, Bremner and fellow Helensburgh Tiger Lillies and Jillaroos team-mate Emma Tonegato had the chance to take up Rugby Australia contracts as preparations for the Rio Games commenced in earnest.

The left her with a big decision.

"Going back to the 2013 World Cup when I had to make a choice about whether I wanted to play Rugby Sevens or stick with rugby league, there was no NRLW and we weren't getting paid anything," Bremner said.

"But my final decision, and the reason for my decision, was to stay with rugby league and be a part of making it grow – not go to an Olympic sport that was already developed.

Bremner ready to bounce back after baby

"I did that and that is why it is so rewarding for me to be a part of this because of the choice I made back then."

Despite not having played since late 2018, Bremner was retained on an elite NRL contract and was last week named as one of 20 Australian Holden Women's Premiership players on marquee deals for this year.

It's a reward for the effort she put in before and after the birth of son Reef last August.

"Because I had a season off, I feel now how I felt when I first started playing football," she said.

"It's my 10th year of playing and while it never gets boring it just becomes a part of what you do and it is almost routine. Now it is just fresh and exciting again.

"Having a baby isn't like being injured. Being injured isn't a choice but having a baby is a choice so therefore I put more of my energy into the choice I made rather than dwelling on something that has been taken away from me."

During her time away from playing, Bremner coached the Tiger Lillies and helped out Dragons NRLW mentor Daniel Lacey.

She also studied the way the game was evolving on the field and is looking forward to playing alongside the player who wore her No.1 St George Illawarra and Australian jersey in 2019, Botille Vette-Welsh.

"Bo was unreal. I loved watching her play," Bremner said.

"I would watch all the fullbacks in the NRLW and I would ask my husband [Wayne] 'what do they do that I don't do' and he would tell me so that is stuff I have been working on.

"I really enjoyed having the season off and I think being a coach taught me a lot too."

As for her future, Bremner is just excited to be back playing and doesn't mind whether what position Lacey thrusts her into.

The reason ... was to stay with rugby league and be a part of making it grow – not go to an Olympic sport

Bremner is not looking too far down the road in terms of on-field exploits but after seeing her vision for the game come to fruition she intends to remain involved for as long as possible.

"I want to play for a few more years, I don't know if I want to coach or what avenue I want to go down but I definitely want to stay involved in female rugby league," Bremner said.

"I am very passionate about it and it is so rewarding to watch the transition and be part of the legacy."

"When I started playing I went to schools and no-one knew who the Jillaroos were. They said, 'do they play hockey', so it's a cool thought that when Reef is older and he starts playing footy females playing NRLW is just going to be normal to him." 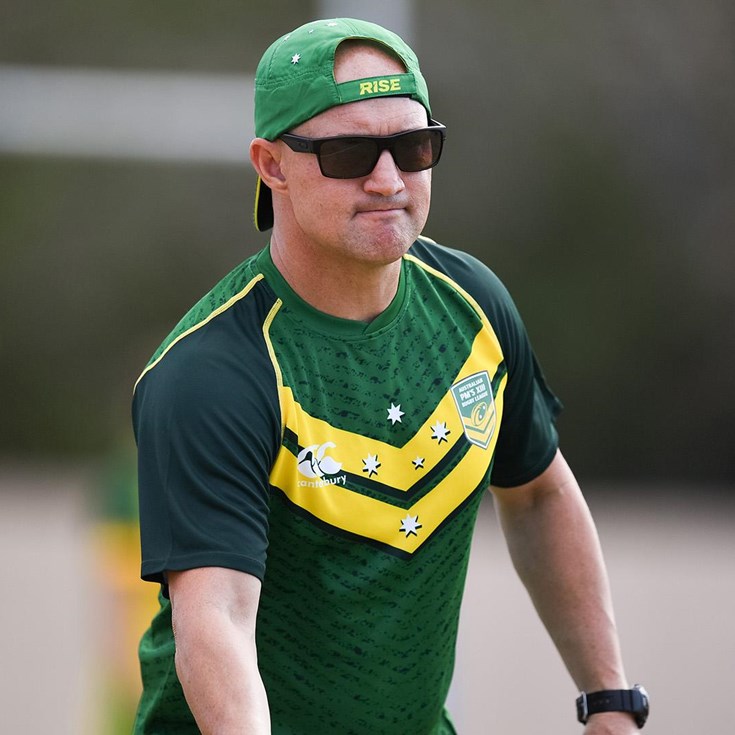