Warriors winger Patrick Herbert is off contract, 10 kilos lighter, and reluctantly prepared to leave his six-week-old son in New Zealand to play for his NRL future.

Herbert and his partner, Kirri Carpenter, are hopeful she and baby son True will be granted travel exemptions to cross the Tasman with the Warriors before the NRL's proposed May 28 restart date.

Carpenter's family lives in Wollongong, making a workable scenario for Herbert's young clan if the Warriors are based in Sydney, even with the mandatory two-week quarantine period for arrivals into Australia.

Club CEO Cameron George has emailed a list of questions from Warriors players to the NRL on Friday afternoon, raising concerns around the prospect of leaving their families for several months.

Should it only be Warriors players and staff making the move, Herbert is willing to leave his loved ones behind to ensure he can keep providing for them.

"Nothing's set in concrete so it's hard for us as a family," Herbert told NRL.com.

"But being off contract I don't know what's going to happen.

"But if I do have to go I'd like for us to have our families around us and have that support around us for as long as that has to be. At this stage we still don't know what's going to happen.

"There's a lot of sacrifices that everyone has to make at the moment. And in the long run I think it's best for me and my family, even though it will be hard, to have to go and do this. I'll do whatever is best for them, even if it means having to split up.

"I'd prefer to just have a normal year but if they're able to come across that'd be the next best thing."

Herbert and centre Peta Hiku returned to New Zealand after round one to be with their young families while the Warriors stayed in Australia before the season was put on hold.

True was only a few weeks old at that point, but Herbert said his teammates had urged him to return home because "they know family comes first".

RLPA chief Clint Newton said a push for travel exemptions for the families of Warriors players is one measure being put to the New Zealand and Australian governments during negotiations with the NRL.

"All those options must be considered," Newton said.

"Pending the border controls and the government regulations that are in place, they're changing all the time, but we've reiterated to the NRL that we want all those options explored and there's a guarantee that that is what will happen in this situation."

Fuelling Herbert's desire to play on in a rescheduled Telstra Premiership is a bright 2019 rookie campaign that was limited to nine games by injury.

Kearney's coaching staff were unimpressed with the 23-year-old when he first fronted for pre-season training, but Herbert says he will clock in at his ideal 99kg playing weight for a resumed competition.

"Right now I'm not really in a place to be talking contracts," Herbert said.

"I was injured for most of last year so I was looking at this as a chance to have a good season and then see what I could make of it.

"I'm not the fittest bloke running around but I was feeling really good after the pre-season.

"I dropped probably 10 kilos by the end of it. I got up to 108kg in the off-season and the coaches were filthy with me.

"I was kind of thinking 'that's what pre-season is for' but that's probably not the right mindset to have, so I'll be better prepared this time. 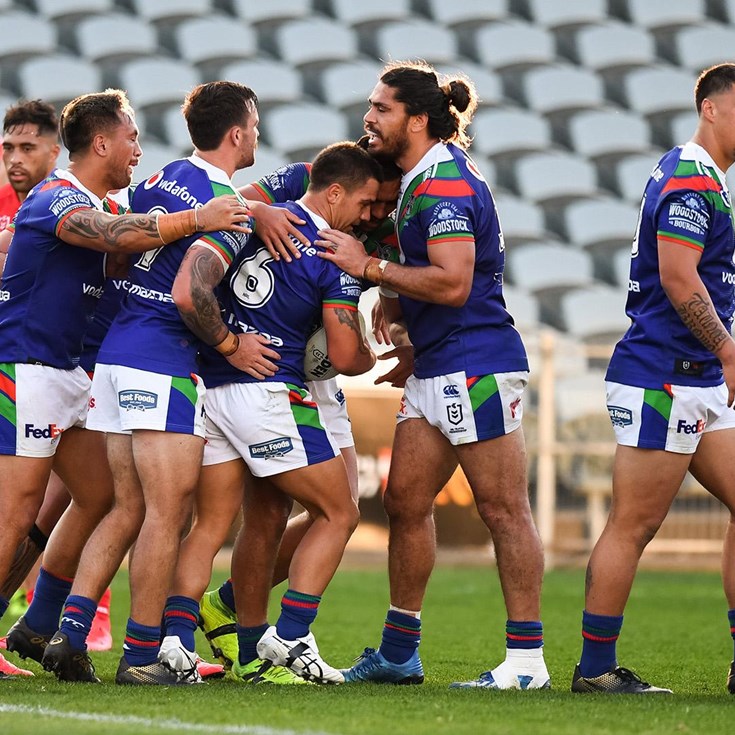