A rejuvenated Issac Luke is happy to revert to a bench utility role but is hoping his form can force first-choice hooker Cameron McInnes to the No.13 jersey.

Luke managed two games at hooker for St George Illawarra but is resigned to a utility role when the competition restarts with McInnes fit for a return from injury.

The 32-year-old Kiwi international, who is off contract at season's end, wants to remain a key cog for Dragons coach Paul McGregor and has always maintained he's prepared to fit around McInnes to avoid a selection headache.

With the NRL on hiatus until at least May 28 and the club's feeder competition – Canterbury Cup – cancelled for the remainder of the year, Luke is also motivated to remain part of McGregor's 17 by the fact he is closing in on a major milestone.

"Cam has said he doesn't want to come off the field and I want to accommodate to that, whether that means I come off the bench and play a different position or I stay at hooker and he moves to lock," Luke told NRL.com.

"He's a bit bigger than me so it might be an option, or we share a role and he plays out the full 80 minutes.

"It will be great to have him back, he's a leader and always goes out to try and change a game. I'm also trying to find my feet and make sure the forwards had my trust.

"The boys and club have been unreal and I've reconnected with Cam who is a lot more grown up than when I last left him [at Souths in 2015]. I just want to stay in the team and I'm hoping there's more time for us yet."

Luke, who is 27 games shy of joining the NRL's illustrious 300 club, inked a one-year deal from the Dragons in November after stints at the Warriors and Rabbitohs spanning 13 years.

He is likely to be agonisingly short of becoming a triple centurion in 2020, underlining the added importance for securing a contract for next season.

Luke is well supported in self-isolation by his family, particularly 14-year-old son Adaquix, who is training alongside him with programs set out by the Dragons' high-performance staff.

"I got back to Australia and put my head down and worked hard, I dropped a lot of weight in the off-season and feel good," Luke said.

"It's all about staying on top of that and controlling my eating until we can get back on the field. My son Adaquix is helping me with that. He watches my every step and has been training alongside me with programs I've been given."

A realist, Luke has always stated that when he does hang up the boots he plans to relocate his family of six to Brisbane.

"That's still a plan whenever it comes along but I've slowed everything down in my head to worry about getting myself right with the Dragons," Luke said.

"That was a big reason why we moved back. I'm not from Australia but do feel like it's a home too, it's given me a wonderful career."

Whether he'll remain in the game in a coaching capacity remains to be seen.

"I'm doing my apprenticeship as a builder, I've always wanted to get my hands dirty as a labourer," he said.

"But Michael Maguire used to tell me I have a lot of knowledge and would be silly to not stay involved in the game but I guess it all depends.

"Simon Mannering moved away from New Zealand for a year after retirement and figured out what he wanted.

"That's something I'd look for if the financial situation would let me. I wouldn't mind staying involved but nothing like coaching my kids. I don't know how Ivan Cleary does it, I don't have the right temperament for that."

Luke said of his four children that daughter Ava, 9, had his competitive qualities and drive to follow in his footsteps and play at the top level.

"It's not all about netball anymore, you can play league or basketball or any sport you want if you're a girl," Luke said.

"She's got her heart set on that and it's pretty inspiring for a young girl to be able to have that dream and those aspirations." 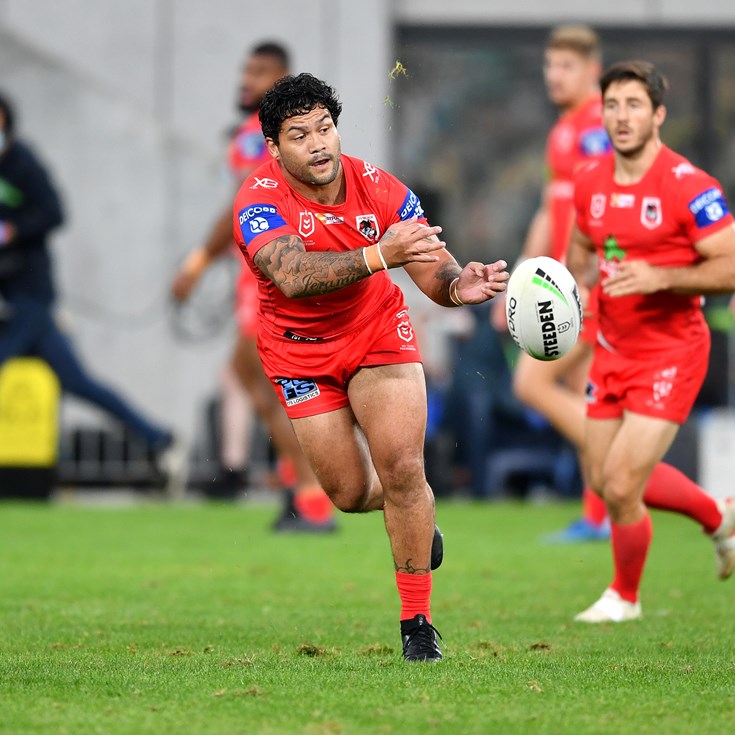 Fuimaono with point to prove after meeting with Mary

Luke: Panthers have found their missing piece in Koroisau