It's recognised as one of the toughest roles in Australian sport but Todd Greenberg relished the challenge of being NRL CEO over the past four years, overseeing one of the biggest transition periods in rugby league history.

When Greenberg was appointed CEO in March 2016, the ARL Commission chairman at the time, John Grant said “I reckon it's the toughest corporate job in Australia”.

His successor as chairman, Peter V’landys, holds a similar view of the role - in the statement issued on Monday to announce Greenberg’s departure, he said "The role of chief executive of the NRL is one of the most challenging and difficult roles in Australian sport, with a diversity of passionate stakeholders”.

Greenberg said he always relished the challenge of the CEO's role.

"Despite the variety of challenges and pressures I have loved every single minute of the journey,” he said.

"Our growth over the last four years has been extraordinary and I am very proud of my contribution to the game.

"I am indebted to the game for the variety of opportunities and experiences that have been provided to my family and I, and we leave with many great memories and lifelong friendships.”

His time as CEO is now over after the NRL announced he would be stepping down in a statement issued on Monday afternoon.

The ARL Commission is due to meet on Tuesday to discuss plans to restart the season on May 28 following last month’s decision to suspend the Telstra Premiership suspended due to the coronavirus pandemic.

V’landys has announced Andrew Abdo, the NRL’s chief commercial officer, will replace Greenberg as acting CEO until a permanent replacement is chosen.

Back when he was announced as Dave Smith's successor a little more than four years ago, Greenberg said his main focus was trying to unify the sport to focus on the big picture.

"We're at a key moment in the game's history where we can bring people together," Greenberg said when he assumed the role.

"When I say 'people' I'm saying clubs, our players, our CEOs, our coaches, our state leagues all together, because there's so much potential for our game to achieve and we can't do that alone.

"It needs to be done together and we've got to be together to do that."

During his time as CEO, the NRL was able to branch out to attract new fans through initiatives such as Magic Round, taking marquee events like the Nines and State of Origin to Perth.

Inclusiveness was one of the main pillars of Greenberg’s reign.

He attracted plenty of praise as well as criticism for the NRL’s support for same-sex marriage, including Macklemore's performance of the song Same Love at the grand final three years ago.

"There is a place for everyone in rugby league. It might be as a junior, as a volunteer, as a match official or as an NRL player. And we need to treat everyone equally both on and off the field and that's why we will publicly support the same-sex marriage proposal,” he said in 2017.

Greenberg cut his teeth at executive level as the general manager of commercial operations for ANZ Stadium - known as Stadium Australia then as Telstra Stadium - from 2001-08, before spending five years as CEO of Canterbury.

His first season at the Bulldogs was a baptism of fire - star player Sonny Bill Williams walked out on the club midway through the season, flying overseas without notifying any team officials two days before a game. He never played for Canterbury again and the team finished with the wooden spoon.

They rebounded to make the preliminary final the following year and after missing out on the finals for the next two seasons, they signed dual premiership-winning coach Des Hasler from Manly.

Canterbury finished second in 2012 and when Greenberg left to join the NRL midway through the following season, they were on their way to another finals series.

As the NRL’s head of football, he introduced more stringent concussion protocols and was instrumental in the move to a bunker for video reviews. 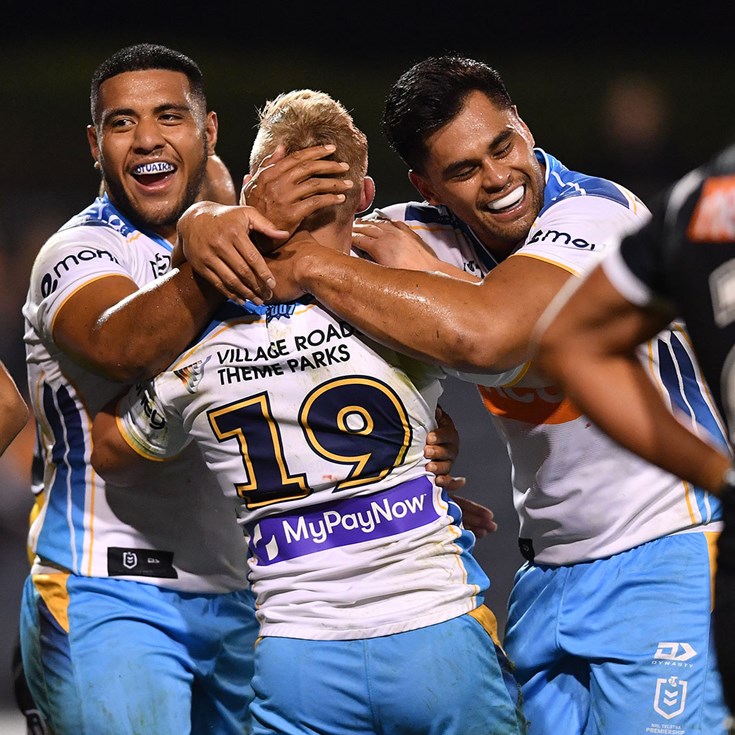