Exercise for a least 30 minutes a day, limit caffeine intake and nap for up to 45 minutes between 2-4pm of an afternoon.

They're just some of the tips former North Sydney Bears star Greg Florimo is sending to all squads at the foundation club despite their competitions mostly cancelled or on hold in 2020.

Florimo's role as wellbeing, education and community manager turned critical in late March when the coronavirus pandemic took over.

Along with the Bears' Canterbury Cup coach Jason Taylor, who oversees many of the Sydney Roosters' back-up men including Lachlan Lam and Drew Hutchison, the pair put their tips online while they wait on news around Job Keeper eligibility for their staff.

"The season's over for a lot of the guys but the women's competition still has a faint flicker of hope," Florimo told NRL.com.

Don't stay on the sideline of mental health

"For the men and boys it's difficult, it's a little bit of money to them but also about pushing their case and being seen as the best players they can be as they look to pursue a career in the game.

"It's a shock that they've been doing it for so long, it's still a numbing experience.

"There's all sorts of anxiety out there at the moment. Not just the common thought of will I catch this virus but also will I maintain my way of life.

"People are worried about what tomorrow may bring now with the security no longer there.

"That in itself can cause plenty of anxiety."

ARL Commission chairman Peter V'landys has stressed one of the main reasons the NRL is so determined to resart the Telstra Premiership is because of concerns surrounding the competition break's impact on the mental health of players and staff.

Like Australian society in general, the NRL community has been dealing with the impact of depression and suicide over the past decade and Florimo said regardless of whether the proposed May 28 return date occurs, there was a long way to go for society to return to normal and that included the wellbeing and mental state for players.

"You've got to stay well informed," he said.

"It's quite easy to be misinformed, so make sure you're across all the relevant information.

"It's a natural reaction for people to have that anxiety but if we can help on personal relationships and be thankful for what we have throughout the day, and we're developing those at home, I think as hard as it is there's a great opportunity to get in touch with yourself and realise what's important."

Wests Tigers veteran Chris Lawrence is off contract at season's end but is nearing the end of his career.

For a younger player chasing a new contract this year, their chances could plummet given the uncertainty around the NRL's salary cap future and halt in new deals.

Bailey's Bunker: The importance of staying connected through #Coliv19

Lawrence, who was part of the club's squad when former player Mosese Fotuaika took his own life in 2013, was aware players and staff needed to take care of each other.

"I think it's important for players to keep in a good routine and keep the mind ticking over," Lawrence said.

"For young guys who might not have a family of their own or be away from people close to them it's important to try and stay focused but also find something that will stimulate their mind.

"Being at home sometimes can send you a bit loopy if you don't have anything to do.

"You've got to find something to do or an interest away from sport that you're passionate about or that can challenge you and help time tick over.

"Most clubs will be wary of that and trying to stay on top of mental health. There's a lot of guys, particularly younger players, that are so used to being connected and seeing their teammates every day.

"They may not have immediate family to lean on and are disconnected from their other friends.

"If they don't have outside passions it can be hard for them to focus on anything.

"That day-to-day football is not there right now. It's important everyone within a club can offer support to each other and ways to keep connected."

Senior NRL welfare and education manager Paul Heptonstall told NRL.com that 80 percent of players in the top 36 squads (including development players) were engaged in some form of education or other programs.

"The other 20 percent are all nibbling and making enquiries but we're not having them jump into courses because they don't know what could happen in the future," Heptonstall said.

"The most challenging group are the players in the second tier because they are trialling for contracts in the future and there's no certainty in their lives.

"A lot of them sign one-year contracts and are on the fringe. They're used to it in some ways but the anxiety would be high for them, if they're off contract at the end of the year.

"That's what worries us in the short term."

Florimo said the experiences in his playing days encouraged him to take on a wellbeing role.

"It's a natural progression for me, I think it's my personality to want to help people," he said.

"I did many things in the game and the people are most important.

"The relationships I've had with players over the game have been quite formal but now I get a chance to dig into their lives a little bit and be a sounding board which I something I feel I can assist with at our club." 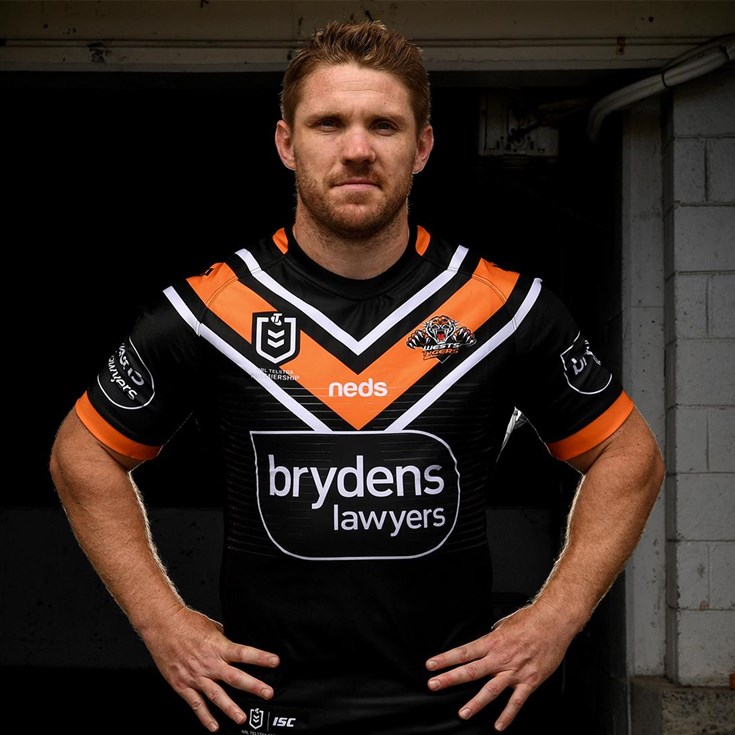 The legacy of Marshall and Lawrence