Wests Tigers veteran Benji Marshall has warned constant scrutiny on NRL players, coupled with the high-stakes nature of the sport, "can push people to the edge".

Marshall delivered his comments on Thursday amid the controversy about the blinding spotlight that has been placed on Rabbitohs star Latrell Mitchell.

South Sydney captain Adam Reynolds on Wednesday said he'd "hate to see us lose Latrell [to the game] to all this media pressure".

Rabbitohs coach Wayne Bennett branded some coverage of Mitchell "appalling" and told Triple M the prospect of the 22-year-old international walking away from the NRL "is not going to happen on my watch".

Marshall, who can empathise in some respects given he also experienced the expectation that comes with reaching the summit of the game at a young age, said the state of mind of players must be considered when remarks are made.

"Sometimes I think we've got to be careful with some of the players we deal with; how far we do push them with their mental health," Marshall said.

"I'm not making any excuses for anything, but I can just see one day that the pressure of what we do - and we have seen in the past, and I'm not saying from media stuff - the pressure of our jobs in general can push people to the edge."

More specifically on Mitchell, the 35-year-old Kiwi legend said: "I suppose he's just a big-name player who gets more attention than others. I mean, I don't like to see it.

"You've got to surround yourself with good people who can probably help you get through that.

"I feel like he's got one of the best there in Wayne to be able to help him get through that."

Marshall praised the amount of work the NRL has put into the mental health space and said assistance was readily available to players.

"Every day we fill out a survey where you have to talk about how you're feeling in general. But you don't have to say it publicly, it's all private," Marshall said.

"As men, we don't like to share those things, and we're just trying to make sure that every player has that avenue or that option if they need it."

Marshall, who wouldn't be drawn on whether he would extend his career into 2021, said he saw the silver linings in being forced to isolate for six weeks due to the COVID-19 pandemic but is raring to play footy again.

"It's been awesome being back [at training this week]; I suppose when something gets taken away from you, you really appreciate how much it means to you," he said.

"To be fair, it was actually alright spending a bit of time at home with my young fella.

"Time that you wouldn't usually get during the day."

The veteran five-eighth also said he challenged himself to learn to play a new song on the guitar every day in isolation. 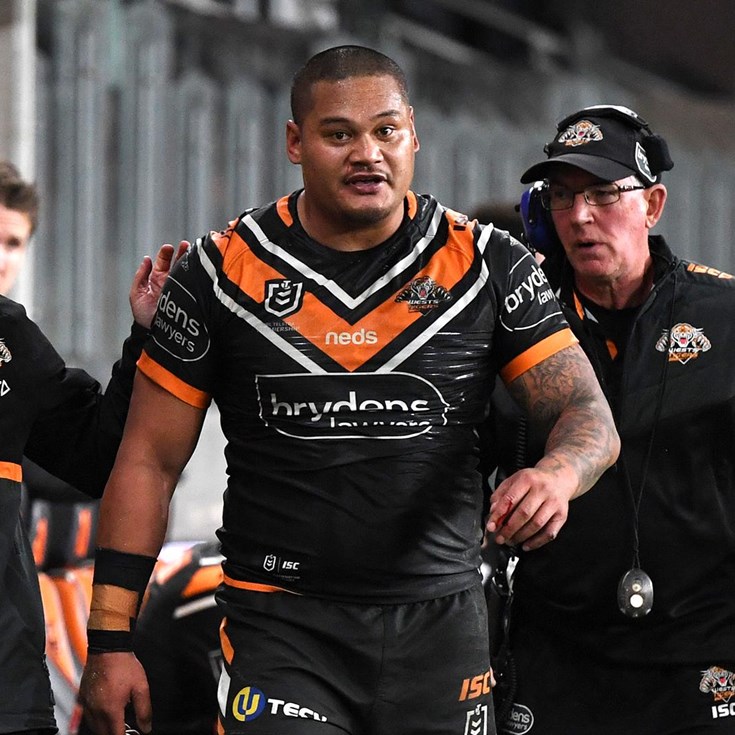 Maguire wants Marshall to keep working on his game

Marshall left out again as Lawrence latest to face axe