Long before being touted as the best Broncos No.1 prospect since Darren Lockyer, Tesi Niu gave Brisbane 360 reasons to believe he would make his NRL dream a reality.

On Thursday night the 18-year-old whiz kid with a Tongan Test appearance already to his name will do just that, coming off the Broncos bench in a daunting showdown with the Roosters.

Six years ago Niu was already in Brisbane's extensive juniors program and being taken under Anthony Milford's wing.

The bond has endured right up to the youngster's looming Suncorp Stadium debut.

So too has the work ethic of a quiet 12-year-old that stunned Broncos development officers.

"It's a lovely photo of both of them and it's interesting because Tesi was in our Elite Player Development program at the time.

"[Current assistant coach] Kurt Richards said that Tesi, in one season, he logged an extra 360 extra sessions outside of what they wanted them to do.

"It's an enormous amount. It's almost an extra session per day. He's got a fantastic work ethic… from a physical perspective he's had to work hard, he's worked really hard and been really diligent.

Niu's credentials as one of the most-anticipated Broncos juniors in some time are founded in equal parts pedigree and natural talent, hard work and character.

Already NRL rivals have come calling, with a Broncos extension in the works following interest from several clubs led by Titans.

Most every junior representative jumper has followed for the Marsden State High School product, who is following alumni including Cameron Smith, Israel Folau and Ricky Leutele into the NRL.

Principal-turned Marsden High waterboy Andrew Peach says the school's current sporting honour board is likely to be expanded to add Niu to the impressive list of graduates.

Keeping Niu from overtraining during his school years was the only headache he gave Peach, while the young tyro and Milford grew close over the years as Logan products made good.

"Anthony did some work here at the school from a youth support perspective and I know all the way through as Tesi was coming through school, Anthony did go out of his way to check in on him and see how he was going," Peach tells NRL.com.

"I think he's been a really great support to Tesi and it's a credit to Anthony, the fact that he's helping a young kid out who's had a similar experience growing up here.

"Tesi really does embody everything the school stands for.

"He's just such an outstanding young man, that's what we're proudest of here at Marsden.

"Putting my school principal hat on, he was always the best player on every team as a junior.

"It would've been very easy for him to get a big head and cruise along. But it never happened, he has always been dedicated to improving himself in footy and worked very hard academically as well.

"He's a perfect model for young footballers and students, he's worked hard on both aspects and is getting the reward." 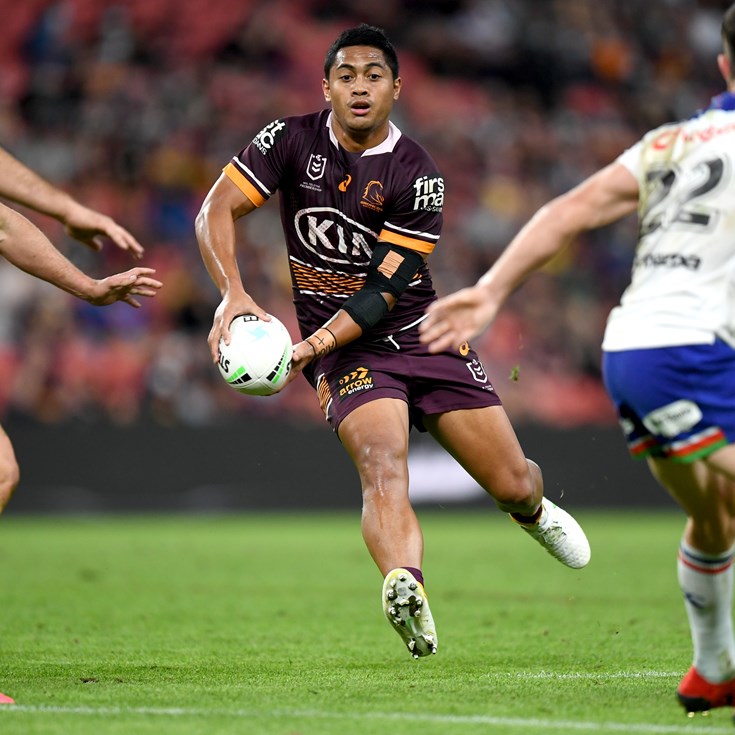