Danny Levi has landed on his feet at Manly, drawing praise from one of the Telstra Premiership's hardest taskmasters in coach Des Hasler.

After just his third game for his new club, the former Knights hooker looks right at home working with halves Daly Cherry-Evans and Dylan Walker, and fullback Tom Trbojevic.

"To be honest, the boys make it really easy on me. Chez and Walks and Tommy give me clear directions and I'm loving that communication," Levi told NRL.com.

Then he gets to follow upfield the likes of Addin Fonua-Blake, Martin Taupau and Jake Trbojevic as they manoeuvre the attack forwards.

"The forward pack here is unreal. It's making my job a dream."

The control Levi is establishing around the ruck, in tandem with his usual first receivers in Cherry-Evans and Walker didn't go unnoticed by Hasler in the 32-6 win over the Bulldogs on Sunday.

"We really controlled that flow of possession in the second half … it's been a real key point for us," Hasler said.

"The halves controlled it nicely with that eyes-up footy … the combination there is building nicely.

"I thought Danny Levi was very good out of dummy-half and we need that with these rule changes. There's plenty there to build on."

It wasn't easy for Levi to leave the Knights and working with a premiership-winning and Origin-winning halfback in Mitchell Pearce.

But he turns around and finds Cherry-Evans beside him, who fills both those criteria as well.

"Chez is probably the best halfback in the world right now. I just look for him and give him the ball whenever he asks for it – same with Walks – and they do their magic. Sometimes I reap the rewards off the back of it," Levi said.

He had a try assist in providing the short pass for Curtis Sironen to crash over for Manly's fifth try. He also enjoyed two line break assists.

"I'm very excited to see where we all can go together and how we keep building on what we've started."

Somehow in among his ball distribution and play set-ups, Levi had the energy to make 51 tackles in his 72 minutes on the field. Utility Lachlan Croker came on at rake for the final eight minutes at Central Coast Stadium.

"No matter how much fitness you do at training, games are always harder," Levi said. "But I feel like I blew the cobwebs out.

"We have our spine meetings and things like that but getting to put moves into action is great. I've been listening hard and watching everything at training because Tommy, Walks and Chez have been together for a while now.

"And I'm learning to use the forwards a lot more because they're powerful and mobile."

Fonua-Blake and Taupau are dual internationals having played for New Zealand, Tonga and Samoa respectively.

Levi lays claim to that as well after his four Tests for the Kiwis at the 2017 World Cup and then his debut for Samoa in last year's Pacific Cup, where he linked with Taupau.

"They do make it hard sometimes as they make 20 metres a carry so I've got to chase hard to catch up with them," Levi said.

"I can't ask for more from them as a hooker. It's so good to play alongside them." 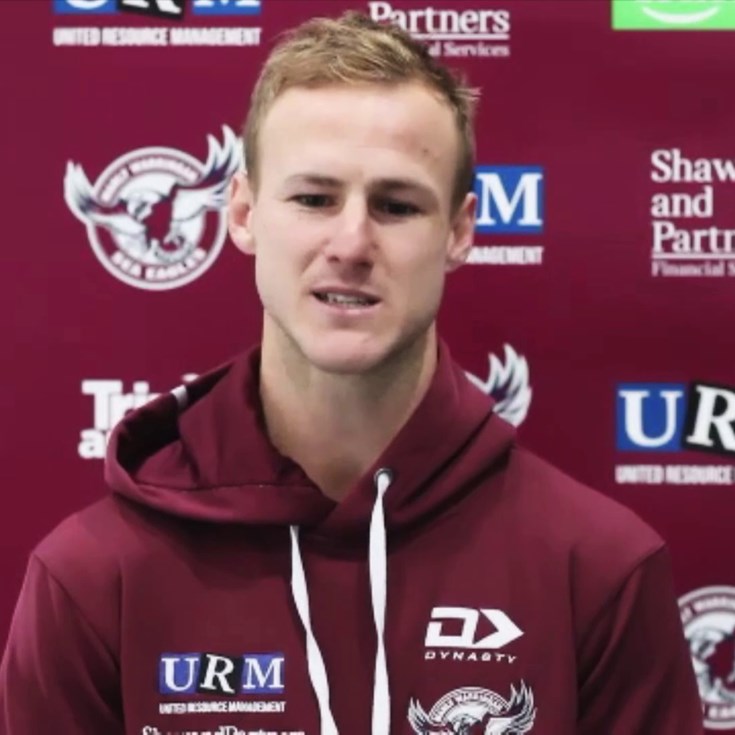 DCE: The show goes on without Fonua-Blake

Flipping the script: How Manly cope with loss of stars