An injury-plagued round seven reinforced that there are three levels to the 2020 Telstra Premiership.

We have one truly elite team, those that are still learning to be consistently great and then a further gap to the others at the bottom.

The champs remain champs until they're beaten. This is the best side I reckon I've seen in the past 10 years including when I was playing. They have injuries but the whole organisation is in sync. Outstanding.

Parramatta experienced so many ups and downs against Canberra and had every right to roll over. To pull one out of the fire without their main playmaker was impressive. They've learned a lot in recent weeks about how to deal with adversity.

Penrith are a really tough side now. With Dylan Edwards on deck, they're playing over the advantage line instead of out the back. They're just competing which is all you can ask. For so long, they'd been worried about the outcome rather than the process.

Losing Tom Trbojevic to injury was big enough, but losing five-eighth Dylan Walker at the same time created havoc. That doesn't excuse their defensive effort against Cronulla. The next two weeks will sort them out, but unfortunately, they're trending down due to injuries.

The Storm will be around the top four because they're simply better than most teams. But I don't think they're quite in the elite tier. It'll be a real challenge for them to break down the Roosters' defence this week, especially without Cam Munster.

Freakish effort from Talau gets him a double

A lesson learned in professionalism. You could hear in Adam O'Brien's press conference that he was disappointed about how they turned up against the Cowboys. They faced some adversity with the travel, but that shouldn't faze good teams.

After a good win last week, the Tigers pleased coach Michael Maguire by putting away a team they were expected to beat. Josh Reynolds and Luke Brooks are combining well and they have guys who just run hard and create opportunities for the outside backs.

Most people will say the loss to Parramatta was a good game, but Canberra were fortunate to score two tries in the last five minutes to get to golden-point. The Eels were out on their feet. The Raiders have some real attacking issues. Very worrying.

Outstanding. Chad Townsend, Shaun Johnson and Matt Moylan have settled. Cronulla have a reasonably soft draw, so they could be a real smokey. Consistency is the challenge.

South Sydney can be a really good team if they get out of their own way. Wayne Bennett will be preaching the need to hold the ball. The talent is there but they've beaten themselves a few times.

Playing at home in front of some fans did the trick. Whether they'll be good enough to get in the eight is a different story. Halves Jake Clifford and Scott Drinkwater were strong running the ball rather than trying to finesse their way around.

Get Caught Up: Round 7

An opportunity missed against the wounded Roosters. The Dragons competed really hard but some critical errors invited the premiers back into the game. They still seem to lack confidence.

Yes, they lost by a lot, but there's a difference between Canterbury and the three teams below them in the rankings. You get the feeling they're always trying their guts out. There's need for change, no doubt, but their effort provides some hope for Bulldogs fans.

A good win against a side that had everything to play for. The Titans simply wanted it more and out-enthused the Broncos. I'm happy for Justin Holbrook; hopefully they can bottle that effort and feeling.

I really feel for the Warriors and unfortunately, I think their season is going to get worse given their stacked casualty ward. They try hard but just haven't got the cattle.

Brisbane's defeat to the Titans was probably the saddest day in the club's history. They looked disinterested. There's so much talent there and I understand their circumstances with injury, but they're falling well below the proud Broncos standards. 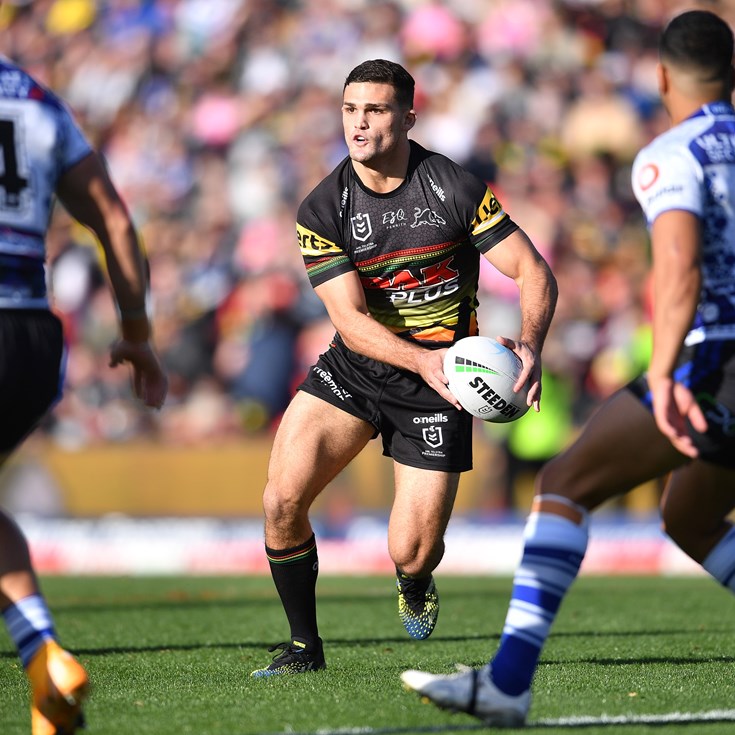