Warriors interim coach Todd Payten lauded an "upset" Blake Green for his professionalism in Saturday's 26-16 win over Brisbane after the club's owner publicly said the veteran halfback wouldn't be retained next season.

Payten declined to comment on whether it had been disrespectful for Mark Robinson to tell New Zealand outlet 1NEWS on Friday that Green and Gerard Beale would be moved on in 2021. However, the mentor admitted "the timing's not great".

"He's had a really tough week," Payten said of Green.

"I can't commend him highly enough about his contribution to this club and the way he took the week on.

"I talked to him more than once and he was upset. The way he threw himself into the week and the way he performed and dragged the team with him tonight is just a testament to him, his family and the way he goes about his business."

Trailing 10-6 at half-time at Gosford, Green led the Warriors' comeback with his pinpoint kicking game and calm demeanour as he captained the team in Roger Tuivasa-Sheck's absence.

Winger Ken Maumalo was also enormous, recording 291 metres and two tries to help the team to their third victory of 2020.

"When he ticks over 200 metres, we're on the front foot," Payten said.

"He had a couple of plays that went against him but he stayed in the game and he got our sets rolling."

The result marked the first win of Payten's top-grade head coaching career after he replaced Stephen Kearney last round.

"It's satisfying. It just reaffirms why I love my job," Payten said.

"We're in a tough situation but I really enjoy working with this group of kids because they're really respectful, we've showed tonight that we actually care for each other, care for everyone back home and care for the jersey. It's about building on that."

Payten has told his troops that they've now set a new benchmark.

"I wasn't fussed about the result. I was concerned about our performance and how tough they can be and if they'd respond to what we'd spoken about in the last week and a bit," he said.

"I'm really proud of how they went about it. The challenge now is to back it up. I've been in New Zealand now ... this is my second season, and I don't think we've had two wins on the trot.

"If I see any softness or complacency, I don't want to be the one waving the big stick. I expect the other lads around them to chip each other there before it gets to that point. Hopefully it won't."

Five-eighth Kodi Nikorima's night ended after five minutes due to a head knock suffered when he was steamrolled by Tevita Pangai jnr.

Payten said the No.6 had a "really fat lip" and "can't remember much".

The coach heaped praise on youngster Chanel Harris-Tavita, who stepped into the halves off the interchange.

He also thought loan recruit Jack Hetherington was immense after arriving from Penrith.

"He just threw himself into the week as well, he wasn't quiet or shy. I thought he added a lot of leg speed and a different body shape through the middle for us," he said.

"He made me feel old, because he's the first player I've ever coached that I've played with his father.

"I got [his father] Brett to make us a video and I thought he spoke really well, linking it back to a couple of former teammates who were Kiwis [including] the late Quentin Pongia. Jack, yeah, he made a real impact when he came on." 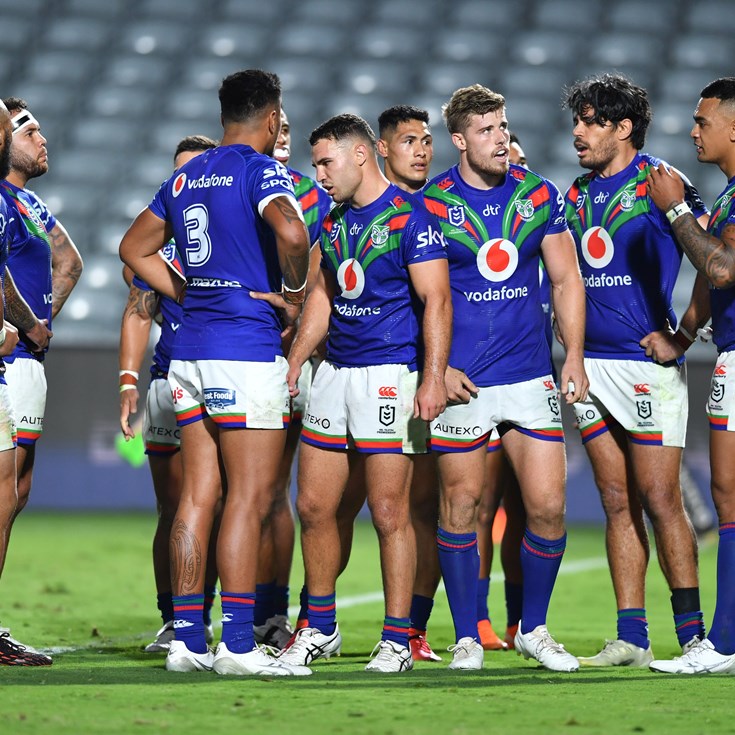